Meet The Only Animal That Can Survive In Space 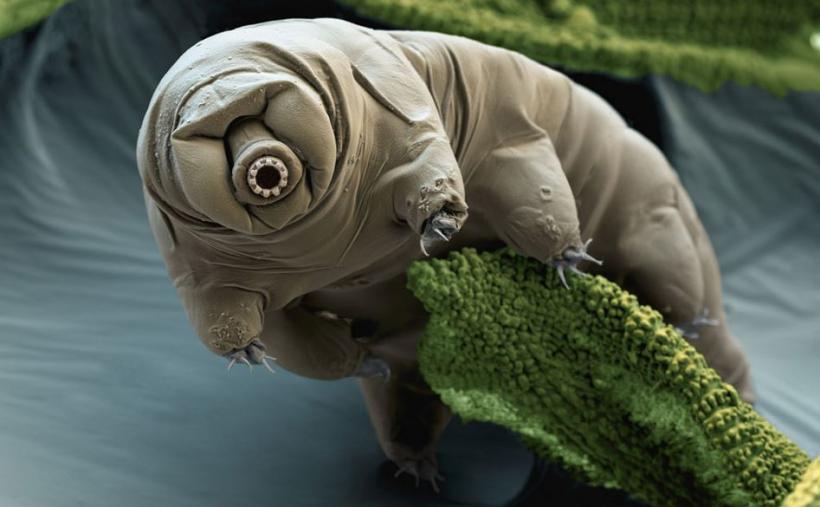 This is what would happen if a human were released into space without protective gear: The space vacuum would lead to an expansion of gases, likely causing the lungs to rupture; exposed water would vaporize instantly, leading to moisture-less and near-freezing eyes, nose and mouth, as well as the extreme swelling of various organs; exposure to ultraviolet radiation—1,000 times higher than on the surface of Earth—would cause immediate severe sunburn; a lack of atmospheric pressure would create painful gas bubbles in the blood and deplete the blood of oxygen, quickly leading to brain asphyxiation and loss of vision; convulsions would follow, turning the skin blue; and then the poor sop would get into blood-boiling, heart-stopping territory. Then DEATH—all within the span of about 90 seconds.

Heavy stuff. And while different animals would experience the hostility of space in varied ways, the scientific consensus is that they would all die in short order, too.

That is, except for one tiny, eight-legged microanimal. In a groundbreaking test, researchers exposed tardigrades—colloquially known as “water bears” for their resemblance—to the harsh conditions of the cosmos from a spacecraft orbiting around Earth. Shockingly, many of the critters came out on top.

How did they accomplish this incredible feat? Water bears—invertebrates (no backbone) less than 1.5 millimeters long with a freakish circle of jagged teeth for a face—live on wet mosses and lichens during the best of times. But they also have an amazing ability to suspend all biological activity in extreme environments and remain in a sort of self-induced coma, including in the absence of water, severe temperatures, and even radiation (so it will just be water bears and cockroaches after the world's nuclear annihilation). In fact, even though the levels of radiation in space are thought to be sterilizing for animals, the surviving water bears were able to reproduce normally—or as normal as can be for a species whose reproduction strategies “are both sexual and asexual in nature.”

And like their sex lives, the exact mechanics of water bears’ physiological resilience remains a mystery.  A beautiful denying-the-cold-heartlessness-of-the-universe mystery.

If you like this article, please share it! Your clicks keep us alive!
Tags
outer space
exposure
death
water bear
survival
air pressure