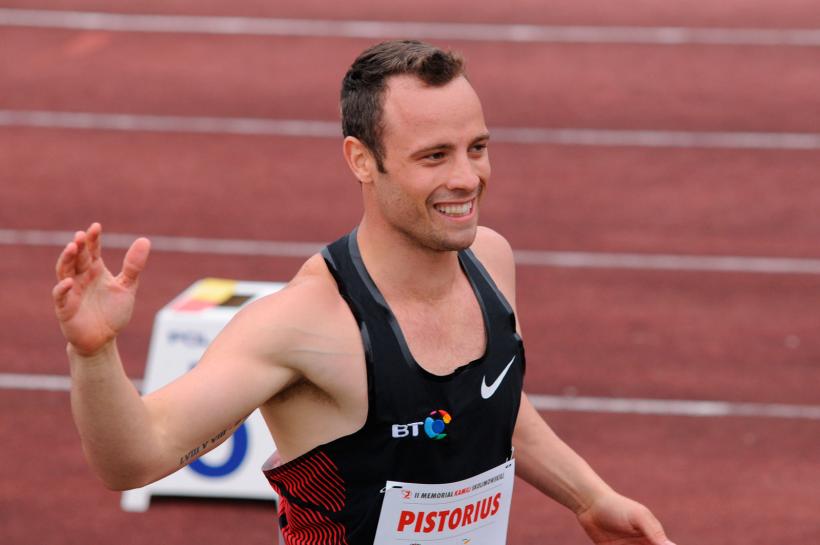 "The state has not proved beyond a reasonable doubt that the accused is guilty of premeditated murder. There are just not enough facts to support such a finding."

There it is, folks. Per ruling by Judge Thokozile Masipa in South Africa’s Pretoria’s High Court, 27-year-old Oscar Pistorius, famed Paralympian, is not guilty of murder. Though "it's clear that his conduct was negligent" (you don't say?), Pistorius, who killed his graduate student/model girlfriend Reeva Steenkamp on Valentine’s Day in 2013, has been cleared of two murder charges in today’s ruling.

So Oscar Pistorius, if you’ve somehow avoided the blinding spotlight of international media for months, was a mega-athlete nicknamed “Blade Runner,” as he competed sans legs, which were amputated when he was a baby. He’d captured the world’s heart with his athletic achievements—especially with his making it to the semi-finals of the 400 meter sprint in the 2012 London Olympics. Time even included him in its list of the world’s 100 most influential people, dubbing him “the definition of global inspiration.”

But then he killed his girlfriend. In a case that’s been likened to O.J. Simpson’s and absolutely enthralled the world—especially over the course of its six-month trial, which saw Pistorius driven to tears and retching multiple times—Pistorius admitted to firing four expanding bullets into his bathroom the fateful night of Steenkamp’s death. And though evidence from texts (like one Steenkamp sent saying “I’m scared of you sometimes and how you snap at me and how you will react to me”) and acquaintances suggested Steenkamp and Pistorius had a turbulent relationship and were fighting the night of the murder, Pistorius claimed he’d mistaken Steenkamp for an intruder in his luxury apartment and had fired unintentionally, not meaning to take any lives. This fear of intruders, played up by the defense, taps into a common paranoia of suburban South Africa. In a nation still deeply plagued by racial tensions, armed black intruders are an entrenched racist fear.

Making Sense Of The Ruling

Rejecting the notion that Steenkamp was hiding out in the bathroom from Pistorius after an emotionally charged evening, Judge Masipa said: "Clearly he did not subjectively foresee this as a possibility that he would kill the person behind the door—let alone the deceased—as he thought she was in the bedroom." And so he was acquitted of two murder charges. That said, he could be convicted of “culpable homicide” (essentially the South African equivalent of manslaughter), which carries up to a 15-year jail sentence.

He could also be found guilty of three weapons-related charges, the most serious of which also carries up to a 15-year jail sentence. The court will reconvene again tomorrow.

Why is this verdict so troubling? In addition to what seems to be a guy literally getting away with murder, it falls against the backdrop of some pretty horrifying statistics on violence against women. Statistically, one in every three South African men is a rapist, so as you can imagine, South Africa has a profoundly high incidence of rape.

And in what is likely an incredibly underestimated statistic (as these often are), a woman is killed by an intimate partner every 8 hours in South Africa. So though Reeva Steenkamp’s murder got the lion’s share of attention that fateful Valentine’s Day, let’s not lose sight of the fact that she was likely only one of three women killed that day.

"We respect the judge's decision and won't second guess it. In a country where the criminal justice system routinely fails gender-based violence victims, the verdict will easily be interpreted as evidence that violence against women goes unpunished. That's not Masipa's fault. That's the fault of an endemic failure to hold perpetrators of domestic violence and rape accountable."

Still, it's hard not to be upset that in a case that garnered the world’s gaze . . . a killer has gone unconvicted of murder.

Update: since this article was published, Oscar Pistorius was in fact found guilty of culpable homicide—a charge that carries a 5 to 15 year prison sentence, although there's a chance this time could be converted to house arrest. The athlete will go free until his sentencing next month.