The Simpsons Rape Joke Isn't Funny . . . But Some Rape Jokes Are 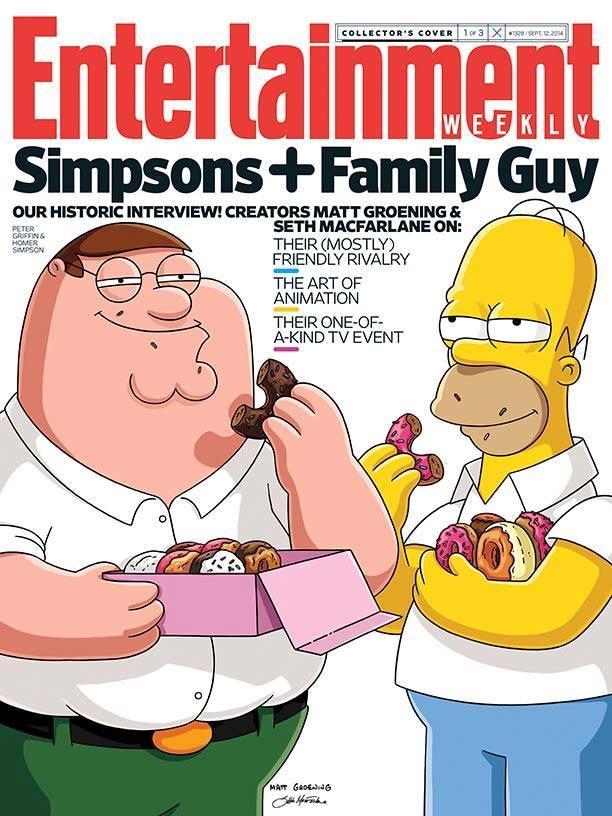 Are you LOLing yet!? Well, a lot of people aren’t. This joke is poised to induce smiles in Sunday’s upcoming crossover special where the characters of “The Simpsons” will be hanging out with those from “Family Guy.” This specific “joke” is Stewie’s attempt at a prank call, after Bart’s successful one to Moe’s Tavern.

While the Fox network hasn’t responded to calls to edit the episode and remove the joke, Seth MacFarlane, the creator of “Family Guy,” openly acknowledged the pending ire in a recent interview with Entertainment Weekly; he knows the media attack is coming but insists, “But in context. It’s pretty funny.”

All of this serves to resurface a conversation that often swells up when rape jokes are made in high-profile situations: Are rape jokes ever funny—or are those two words that should simply never appear near one another?

On this specific joke? My personal answer is no. I can see how in context the show attempts to mock Stewie’s maligned thinking that a rape joke is an acceptable punch line to a prank call. I get that “Family Guy” relies on shocks to score laughs.

But man, I’m so far from a chuckle.

In a country where one in four women will be raped in their lifetimes—and one in 33 men—I’m naturally uncomfortable when a show created and written mostly by dudes has male characters making jokes where rape is the punch line, as it only reinforces the normalization of this violence. Especially in this instance, as “The Simpsons” viewers are likely to be younger than the average “Family Guy” audience—and this is not the dreamiest of influences to offer fledgling men. (The fact that one in 33 men are also raped but the very notion of said rape is perhaps the "funniest" thing of all, hardly assuages my discomfort.)

Oh. And when we have men write actual stories titled "Drunk Female Guests Are The Gravest Threat To Fraternities" that appear in what we thought were reputable publications like Forbes, when Richard Dawkins, an influential scientist and leader of the Atheist movement, keeps tweeting and writing shockingly offensive sexist shit about rape, when Rush Limbaugh can say "Seduction used to be an art. Now, of course, it’s ‘brutish’ and it’s ‘predatory’ . . . How many guys, in your own experience with women, have learned that no means yes if you know how to spot it?”—all while rape remains one of the most underreported and unpunished crimes in the country with survivors being driven to carry dorm furniture around their college campuses to make statement that rape is unacceptable, even the juxtaposition of the words “rape” and “joke” can make me nervous.

Because beyond these people in the news, sexual violence is just too. fucking. real. for me. It’s affected the lives of far too many people I know; I’ve offered up a hug to too many heaving, sobbing bodies in what feels like a crushingly impotent attempt to alleviate their misery and trauma. Try to tell me you don’t know someone who’s been sexually assaulted and I may be tempted to laugh like you’ve made a joke—because you do know someone, whether or not you realize it.

So in a world where noxious, victim-blaming, tone-deaf bullshit permeates our culture . . . can rape jokes ever be funny?

Actually, yes. People often use comedy and laughter to get through the dark times. It’s called gallows humor and sometimes it's just what the doctor ordered. Because we don’t always have the time or the access to a corner in which to curl up and rock back and forth. Sometimes we need some levity to be able to live in this world.

And this is why Ever Mainard’s rape joke works. When discussing a situation when she’s alone, at night, with a guy who’s behaving weirdly, she says “The problem is that every woman in her life has that one moment when you think, ‘Oh! Here’s my rape!’ This is it.” She even jokes about it becoming a gameshow, going on for 8 minutes. It’s all funny (in that dark way) because the butt of the joke is rape culture itself, not rape victims. And it alleviates all this tension we carry about what it's like to be a woman trying to navigate this world and its expectations of us.

And then there’s Louis CK—look! A straight white male!—who’s made jokes about the violence women face that I find amusing. I don’t sign off on everything the man has said (who the hell does that for anyone? I don’t even do that for myself) but when he’s talking about the bravery it takes for a woman to date a man, I am all snaps:

“The courage it takes for a woman to say yes [to a date with a man] is beyond anything I can imagine. A woman saying yes to a date with a man is literally insane, and ill-advised. How do women still go out with guys, when you consider the fact that there is no greater threat to women than men? We’re the number one threat! To women! Globally and historically, we’re the number one cause of injury and mayhem to women. We’re the worst thing that ever happens to them!

If you’re a guy, imagine you could only date a half-bear-half-lion. ‘Oh, I hope this one’s nice! I hope he doesn’t do what he’s going to do.’”

Again, the butt of the joke is the culture we live in, and as with many Louis CK jokes, it’s tragic and real. And very very funny.

And knowing how he’s an openly self-loathing specimen who's scrutinized himself as a comedian and person for 20 years, I can even sign off on him saying this after he joked that he'd like to go back in time to rape Hitler:

"I'm not condoning rape, obviously—you should never rape anyone. Unless you have a reason, like if you want to fuck somebody and they won't let you."

Because it lays bare rape as the barbaric act that it is—the joke is who the fuck does that!? He's acknowledging the sanctioned sexual violence in our society in a way that say, Rush Limbaugh is approximately 93,485,304,958 lightyears from. (Louis chases the joke with a mumbled "that is so fucked up," just so everyone is clear where he stands on the matter).

And then there’s Patricia Lockwood’s tragic, painful, confusing-because-it-is-funny-but-it-so-isn’t poem “Rape Joke,” where she deftly explores whether there can ever be humor in these kinds of jokes. She weaves a hilarious and devastating web, while openly prodding the audience to laugh—all while discussing her adolescent rape.

"The rape joke is that you were 19 years old.

The rape joke is that he was your boyfriend.

The rape joke is it wore a goatee. A goatee.

Imagine the rape joke looking in the mirror, perfectly reflecting back itself, and grooming itself to look more like a rape joke. 'Ahhhh,' it thinks. 'Yes. A goatee.'

Lockwood ends the poem with:

"The rape joke cries out for the right to be told.

The rape joke is that this is just how it happened.

Admitted. Her poem is a little bit funny. And it is funny because Lockwood herself is employing her own humor to help bear the pain of sexual violence. This is in stark contrast to most rape "jokes," which are instead complacent attempts to score laughs on the backs of those who've known trauma by those who are less likely to experience it.

And unless you understand that difference, maybe leave the rape jokes alone—or prepare yourself for the ire that is rightfully in store.