Tom & Jerry Wasn't Just Racist, It Was Sexist Too 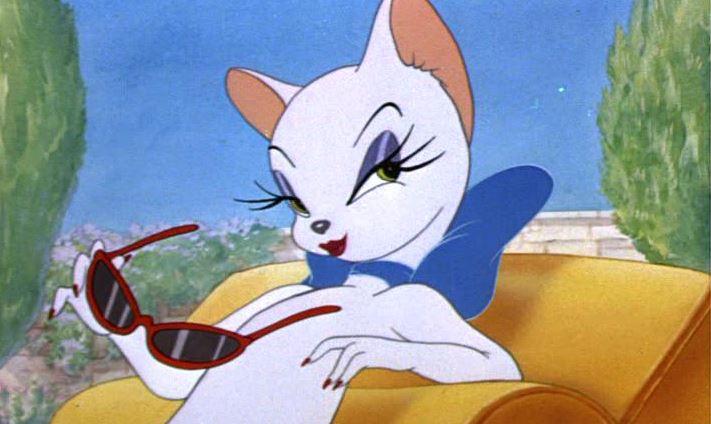 Racism in classic old cartoons is as ubiquitous as characters getting crushed by an anvil. Remember Slow Poke Rodriguez, the lazy, gun-toting Mexican rat from Looney Tunes? Or the blackface caricature Bosko, also from Looney Tunes? Or pretty much any and all of Disney's Song of the South?

These stereotypes have long complicated how we approach such shows. Should impressionable kids avoid watching them altogether? Is it too "PC" to shield them from shows that otherwise hold historic and cultural value? Is it OK to watch them as long as said viewing is accompanied by a discussion about racism?

All of these queries—and a host of others—have re-surfaced in the wake of the latest scandal to explode the Internet: Amazon Prime recently adding a racism disclaimer to a Tom and Jerry collection it's selling. While some commended the move, others have called it needless censorship.

More complicated still, some parse out the outcry even further insisting it's a bit ludicrous to cry "censorship!" over a simple disclaimer, while others argue that the fact that people are uncomfortable having to address racism in turn indicates lingering racism. (Or at least an equally problematic avoidance of it.)

Among this morass of societal mishaps, there's another element this brouhaha has brought up, if only on the fringes of the conversation: sexism in classic old cartoons. And this "ism," while not as egregiously offensive as racism, is still worth scrutinizing.

Pretty much without fail, all the classic old cartoons featured a cast almost entirely made up of male characters, with a handful of females tossed in for the express purpose of serving as a sexual foil for the guys.

On the Looney Tunes spin-off Tiny Toons, there was Babs Bunny, a pink bunny with bows on her ears who wore frilly white panties on Fridays and had a thing for Buster Bunny. And on Looney Tunes, Daffy Duck was hot for Melissa Duck, a busty blonde duck who in other episodes appeared as a redheaded character named "Femme Fatale" or "The Body."

Tom & Jerry, for its part, featured Toodles Galore, an eyelash-batting seductress who rarely spoke (because being mute is hot) and made Tom go ga-ga.

These particular stereotypes however, are to be expected in programs hailing from decades ago, when sexism was both rampant and sanctioned. But what do we make of the sexism that continues to reign in children's cartoons?

In 2012, when writing about a previous disclaimer regarding Tom and Jerry racism, Margot Magowan said in the SF Gate:

"Unfortunately, the reason that there’s no disclaimer and no introduction [about sexism] is because sexist stereotypes in kids’ cartoons are just as accepted in 2012 as they were sixty years ago. Sexist jokes in animation are, apparently, still hilarious."

Magowan singled out an ugly woman joke in The Lorax and a riff about how girls can't fight in Madagascar 3. More recently, there was outcry about a joke involving slow aircrafts being called "ladies" in Planes. Hell, even pseudo-feminist Frozen has been charged with latent sexism in how its continues to portray the feminine form and features.

On television cartoons, female characters are no better off. According to the True Child Institute, as of a few years ago, 15% of the characters on Saturday morning cartoon shows were female. Of those, the institute pointed out, almost all were stereotypes, often portrayed as romantic, frail and concerned about their appearance. A similar study in Media Psychology revealed that cartoon-dominated children's TV programming portrayed male characters who were "more likely than female characters to answer questions, boss or order others, show ingenuity, achieve a goal"—and get this!—"eat."

It would seem that this is the result of a pervasive culture of misogyny dribbling its muck from the very top of the media ranks. It's been revealed, for instance, that the head honchos at Cartoon Network told a children's show creator that female characters need to be "one step behind the boys, not as smart as the boys, not as interesting as the boys, but right there."

While sexism seems to permeate every facet of the media—you can't run or hide!—these portrayals feel particularly damaging when targeted at a young, and by definition, highly impressionable audience. Can we really foster confident women when, from an early age, their favorite programs are telling them boys are simply smarter and more interesting than girls?

Of course, racism still rears its ugly head in modern cartoons too, though we've thankfully come a long way from head-shakingly offensive characters like Bosko. If nothing else, these cartoons serve as a reflection of the times; in the past, this reflection was of a deeply racist and sexist society. Today, it's one of a society that still has a long way to go.