Make Me Beautiful: The Psychology Of Our Love Affair With Plastic Surgery 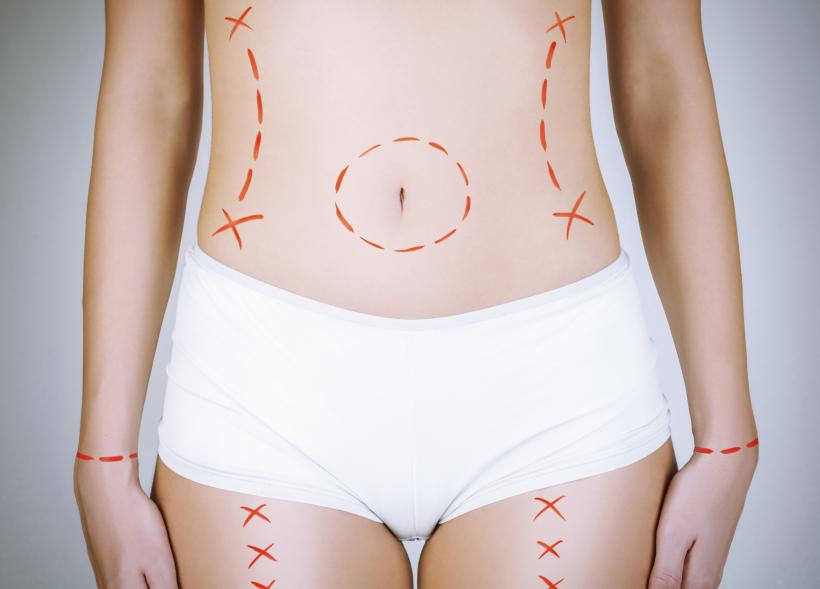 The United States holds the dubious title of performing the most plastic surgeries in the world—a title, incidentally, that we're currently wrestling for with Brazil. We la la la love to go under the knife.

According to the American Society for Aesthetic Plastic Surgery, more than 11 million surgical and nonsurgical cosmetic procedures were undertaken in 2013 alone. The increase of knife-goers is nothing short of staggering: Since 1997, there has been a 279% increase in the total number of cosmetic procedures. Surgical procedures (like liposuction and breast augmentation) escalated by 89%, while nonsurgical procedures (like botox and chemical peels) saw a surge of 521%.

More Flesh By The Numbers:

* Americans spent more than $12 billion on cosmetic procedures in 2013.

* Racial and ethnic minorities had approximately 22% of all cosmetic procedures: African-Americans, 7%;  Asians, 5%; Hispanics, 8%; and other non-Caucasians, 1%.

Let's head back to Brazil for a moment, a nation which some analysts argue has surpassed America in its desire to be more beautiful. NPR recently ran a photo essay documenting four Brazilian women and their relationship with plastic surgery, surfacing a sharp discrepancy in societal self-perception between our two countries.

While in America, you're supposed to shirk and slink, slip, sidle and generally stay a bit shadowy about your plastic surgery—there's a tremendous amount of shame and "you're self-loathing and vain if you undergo elective cosmetic surgery" shit that goes on—Brazilians have a decidedly different attitude.

Instead of hiding, they hallelujah it all the way to heaven. If we are to believe that these four women do indeed represent a kind of socio-cultural cross-section of Brazilians' headspace on surgery, going under the knife is a kind of neo-feminist flag, a conscious choice to better your opportunities, self-love and self-worth.

Bear with us. Here are four of the women's "arguments" for altering your body and face.

Roacha chose to have her stomach "fixed" in the wake of her pregnancy, justifying it with a "if you can't beat 'em join 'em" philosophy:

"I put on an item of clothing, looked in the mirror and it was horrible. I cried because I couldn’t get what I wanted. So for me, I think my surgery was necessary. For my own good, for my self-esteem. Beauty, for me, is fundamental. It’s the door. It’s the entry to many things—for work, for everything. If you’re single and ugly, you won’t get a boyfriend. If you’re fat, overweight at a party, they’re only going to look at the skinny, pretty, perfect women. Not the chubby one. She’s gonna be all alone, and is going to go home alone."

This is the shit we're not supposed to say out loud—let alone believe—but there it is. It feels at once "true" and a stark reminder of what women are fighting to counter every day. Beauty is NOT one thing, attraction is NOT that simple, and our worth can NOT be reduced to our aesthetic. But it's also delusional to believe that conventional beauty doesn't have a stronghold on the human psyche. If you don't want to be grist for the mill, you can choose to be the gears that grind. Rocha is one of those cogs. And happily so.

2. "Why feel self-conscious and crappy about something you can fix?": Gisele Silva Geronimo

Geronimo had always been bothered by her own face:

"Beauty is feeling comfortable and looking in the mirror and liking what you see. It’s loving yourself. I wanted a nose that’s proportional to my face. So I did the surgery to correct a little defect that I thought I had. I feel happier looking at myself in the mirror. It’s something that changes our life and social relations a lot. For now, people compliment me a lot. I feel more comfortable having my picture taken."

Self-love is at the crux of everything, the very lynchpin of the elusive thing we call happiness. And while we like to think that we can parse out our bodily self from our notion of "I," more often than not, it's a constant dialogue between the two, a perpetual wrestling of reconciliation; one consistently informs the other. It's why we dress the way we do, don make-up, cut our hair; it's but one attempt to reflect our interior space with the visual one readily accessible by the passing world. If by altering your body you feel—strangely—more like yourself, is that really such a bad thing?

3. "Being 'beautiful' is a privilege granted to some by fate and I want to undermine that arbitrary hierarchy": Mariza Chaves

During a pregnancy, Chaves was diagnosed with gestational diabetes and nearly doubled in weight:

"Beauty is feeling good about yourself. I wasn’t satisfied with my abdomen. When I saw it [after surgery], I felt like the most beautiful woman in the world. I feel privileged. Unfortunately our society has some people who want to do this kind of operation but can’t."

Whether you believe it makes the world go 'round or it's the root of all evil, money is power. And prestige. It's the closest thing we have to alchemy. You start with someone marginalized, over-worked, under-paid, overlooked, chewed up and spat out, and largely ignored. You sprinkle some money on their lives and, poof! They're suddenly visible. They have clout. They can afford the clothes and the car to enter the upper echelon of the movers and shakers, and the gilded gates swing open. Physical beauty can get wrapped up in some classist shit—people who don't have to work 40, 50, 60 hours a week have, in turn, the time and clearly the money to work out every day instead. To clad themselves in silk and leather. To get the "right haircut" for their face, the most flattering of jeans for their body type. We see these chimeras often and it's hard not to afford them a kind of charmed existence, to feel as though they've somehow been chosen. One could argue that by physically rendering your body the way you want it, you're reestablishing the opportunities available to you. And maybe that's fucked up, but so is the system.

"Plastic surgery starts to become an addiction. You’re born perfect, but then you have children, and you know what having children does. And then suddenly comes the rebirth: plastic surgery. You can be beautiful, even more beautiful than you were before. The mirror starts talking with you. Society really demands a lot. I think it’s horrible. If you’re fat, you need to own it. If you’re skinny, you need to own it. Maybe I’ve felt this way and that has led me to do so many surgeries. It’s complicated."

This is perhaps the most disconcerting of all the arguments offered. Society demands too much—love yourself! Hate yourself!—and the only way to counter all the pressure is to love yourself by hating yourself; go under the knife and refigure everything that's "wrong" with you. Then maybe the mirror stops tormenting you . . .

Sometimes when I drink a little too much or I'm lying in the bathtub staring down at this strange thing I call my body, I get a little heady and like to imagine a future where we could theoretically negate the bodily self altogether. This is not to say I don't want to ostensibly celebrate the diversity of human bodies, but we never actually do celebrate it; all we ever do is pinch our stomachs and wince at our fat, skinny, small-breasted, thin-lipped, wide-hipped, ugly ugly bodies and feel fucked about it. Our bodies bring us such sorrow, I'm keen on banishing the whole issue together. Haven't we all suffered enough? Make us all a size 12 or make us all a size 2, but let's just level the playing field so we can all move on and talk about other things.

Is this what plastic surgery could afford us? The chance to—ironically—stop worrying about our mortal coil, this ever-sagging sack of flesh we carry around and instead focus on things like making art or fighting child prostitution?

And would that really be such a bad thing? Or am I just drinking the Kool-Aid of a dystopian utopia?