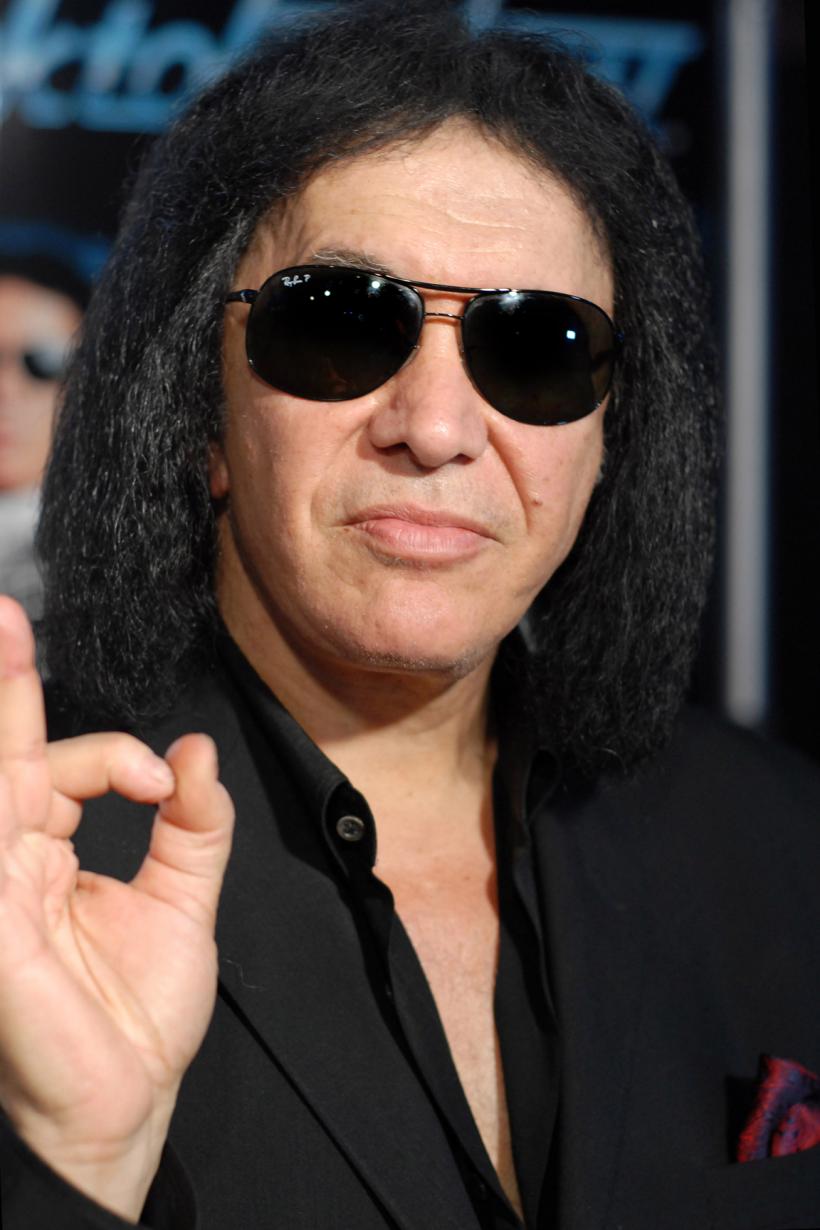 In a recent interview on Fox News' Trending With Tantaros, rock legend, entrepreneur, and author of the new book Me, Inc.: Build an Army of One, Unleash Your Inner Rock God, Win in Life and Business Gene Simmons told women to stop relying on men. While on the surface this sounds sexist, it could be that he's just trying to say women are more capable than we think we are. And I do agree with some of what he says.

Just so we're all on the same page, here is an excerpt of what Simmons said in the interview:

"Let’s all agree that women should not depend on men. The statistics tell us predominantly they will run out on you. They’ll break up for all kinds of—yes, infidelity, but the other problem is economics of relationships, it costs so much money to be in a relationship where the men—sometimes or predominantly go out and earn the living and as soon as you have a child . . . it’s all after tax money which means the highest tax rate, he’s got to earn two or three times as much money just to be able to break even, so often it's too much, and he’s immature. He’s in his twenties, he’s a little boy, remember a few years ago he had lunch delivered to him by his mom, hot and steaming on the table, next second he’s got a family and he’s got to figure out what to do. So number one, women, stop depending on men. The less you depend on a man for emotional, but especially financial support, the better off you’ll be. So let’s take a look at your choices in life . . . you have maybe 20 years from the time you’re 20 and the time you’re 40 . . . until you procreate . . . you want to make sure that that child has a household that’s full of love but especially that you can afford to support. Assume the worst, assume the man runs out on you . . . assume the man’s not going to be there, so why not devote those early years to making your fortune, get a career. You can’t have it both ways, a career is time-consuming, it’s all encompassing.”

He is right, ladies, that it is smarter to not exclusively rely on men for financial support. Way back when—and I swear, even today (just ask some of my friends)—girls were raised thinking they wouldn’t have to work because their husbands would be able to support them. Well, even if your partner doesn’t leave you (like Gene Simmons says he will), that person could become ill or lose their job. He could lose all of his money in the stock market. Your home, which is worth $500,000 today, may only be worth $400,000 three years from now when you need to take money from it to fix your roof. We all need to plan for the unexpected.

Okay, I hear you, many women want to be stay-at-home mothers and if you can afford it, that’s obviously a totally valid life choice. However, it doesn’t mean you can’t also work from home or get a higher degree. My friend’s mother went to law school part-time when he and his brother were in middle school. By the time they were in college, she had an awesome new career.

However, where I disagree with Simmons is when he discusses women not being able to have it all—or partners not being able to have it all simultaneously. Maybe when he was growing up that was true, but today, not so much. It’s no longer a 9-5 world. There are many career paths that allow you to arrange your day how you see fit, whether it’s picking up your kids from school or taking a 2:30pm yoga class. Furthermore, many larger companies let workers telecommute or allow employees to create their own schedules. There are companies, such as Google, that will even let you take your dog to the office and offer other benefits such as daycare, on-site gyms, massage therapists, and unlimited sick days. Apple and Facebook will even pay up to $20,000 to allow women to freeze their eggs, so we develop our careers and then have children slightly later in life. Nothing is perfect, but “having it all,” is currently at it’s historical easiest.

Gene Simmons makes another point about not relying on men emotionally—which is sort of a mixed bag. We should certainly rely on our partners for emotional support—if we didn’t they’d just be roommates we have sex with. All people need emotional connection. That said, we shouldn’t rely solely on our partners for emotional support. Whether you choose a therapist, your girlfriends, or a yoga class as a separate outlet, it’s not fair—or smart—to share your emotions with just one person.

If you're looking for more life advice from the Kiss frontman, you can check out the full interview below.

If you like this article, please share it! Your clicks keep us alive!
Tags
Gene Simmons
Trending With Tantaros
Fox News
sexism
advice
gender relations
men
women
finances
Me Inc.: Build an Army of One Unleash Your Inner Rock God Win in Life and Business