3 LGBTQ Superheroes Who Belong On The Silver Screen 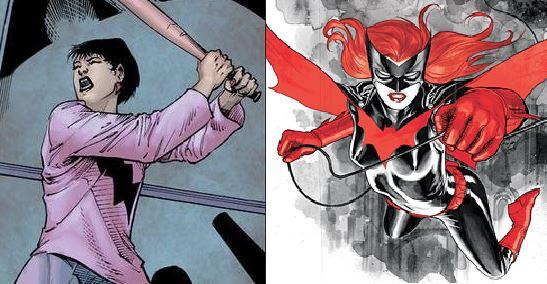 Marvel's recent announcement about its latest batch of superhero films was met with two reactions: 1/ Oh my god, how many superhero movies can one company churn out? (Answer: another nine before 2019) and 2/ Wow, there's a female superhero and superhero of color in there!

Indeed, Marvel has finally gotten around to breaking the Thor/Iron Man/Captain America white, male-centric mold, with plans for a Black Panther film fronted by a black actor, and a Captain Marvel film with a female protagonist.

Actually, Marvel's late to the party, as the superhero film landscape is suddenly diversifying at lightning speed. Sony recently announced a Spider-Man spinoff with a female lead, while Warner Brothers has a Wonder Woman franchise in the pipeline. Meanwhile, Warner Brothers is also developing three films—Cyborg, Shazam and Aquaman—with non-white lead actors. This sudden emergence of a new kind of superhero is even being dubbed a "diversity war" (though we prefer the term "diversity party").

Yes, change is happening about a million white, male, cisgender superheroes too late, but this is how Hollywood works: Everyone cries out for diversity, studio honchos dig their heads into the sand, everyone gets louder about how ridiculously heteronormative everything is, studio heads finally begrudgingly do something about it roughly a decade later, and then everyone acts shocked, just shocked, when the films with a diverse cast actually do well at the box office (it's almost as if movie audiences are diverse!). Then everything resets back to the status quo and the whole thing happens again.

It's a maddening cycle, but one that suggests all the hand-wringing pays off, if weakly and late. On that note, might we start pushing for the next frontier in comic book movie diversity: LGBTQ superheroes? Some ideas. 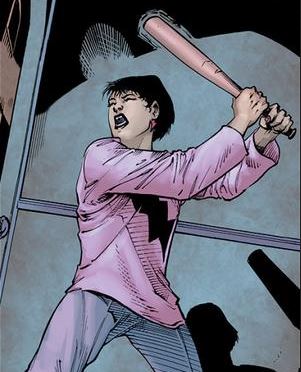 This Singaporean trans and bisexual character made her debut in a DC Batgirl strip, with writer Gail Simone saying:

“I looked out into the audience, saw dozens of faces I knew well—LGBTQ folks, mostly—all avid comics readers and superhero fans and DC supporters. And it just hit me: Why was this so impossible? Why in the world can we not do a better job of representation of not just humanity, but also our own loyal audience?”

As of yet, the comic book series hasn't given Yaoh much to do besides serve as a loyal roommate to Batgirl, but imagine a spin-off series in which it's revealed that she's been harboring secret powers all along. Since she's an avowed activist and holds down a night job as a bartender, we're picturing a telekensis power that allows her to throw cocktails in the faces of misogynistic racists using nothing but her mind. (Which may be the best superpower of all time ever.)

After that Ryan Reynolds fiasco that's better left ignored, this space-age superhero series is in dire need of a fresh reboot. What better way to kick off a new series than with a Green Lantern who's just come out as gay?

“I hope he’s a positive figure. If there’s some kind of kid out there who’s reading the comic and who’s worried about the person he is, maybe it will give him a positive sense of who he is. Or maybe a different kid will read it and decide I don’t need to bully some kind of kid in school.”

Sounds good to us. Now, can we also do something about that ridiculous costume? 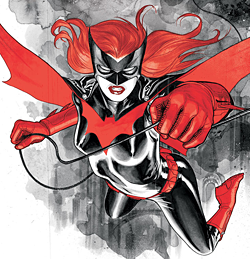 Every good movie hero needs a killer backstory, and the latest incranation of Kathy Kane, aka Batwoman, is begging for the big-screen treatment.

Picture this: We first meet our protagonist Kane as she's training in the U.S. Army, following in the footsteps of her father (daddy issues plotline alert!). After a few scenes establishing her general bad-assery, we learn she's gay when she's forced to deny her orientation per Don't Ask, Don't Tell. She announces she's a lesbian, leaves the military behind and becomes a kick-ass Batwoman with her dad as sidekick.

The Marvel news suggests Hollywood honchos will one day make our fantasies come true and launch a series with a LGBTQ superhero. Perhaps sometime around 2050 . . . ?