Studies Show Anti-Bullying Campaigns Are Ineffective, We Throw Our Hands Up In Despair 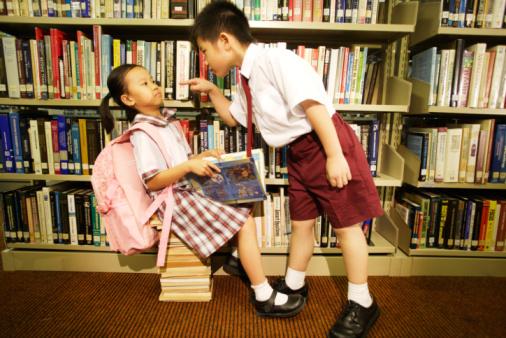 The prevalence of bullying remains one of the most pressing issues faced by adolescents in our nation—and people have been stepping up to combat this societal scourge. Efforts like the "I Choose" campaign and the United Federation of Teachers' Be BRAVE Against Bullying campaign have cropped up in recent years to curb this nasty form of violence. Even the federal government launched stopbullying.gov to "provide information from various government agencies on what bullying is, what cyberbullying is, who is at risk, and how you can prevent and respond to bullying." Heck, even celebrities like Lady Gaga (remember her?) and Colin Farrell are stepping up to advocate as well.

There's just one problem with all of these wide-ranging efforts: Research has shown that anti-bullying campaigns are not terribly effective. Despite the efforts of these movements, bullying is as prevalent as ever. Crushingly, schools with anti-bullying programs do not see less bullying than those without it.

Why Are These Programs Ineffective?

Stuart Twemlow, an author and professor of psychiatry who has studied the subject intensely, wrote a book on the matter Why School Anti-Bullying Programs Don't Work (which garnered four out of five stars on Amazon!). According to Twemlow, bullying can only end if we “institute an environment that does not foster violence.” He says anti-bullying campaigns are ineffective in their targeting of bullies:

Not to say that bullying, of course, is only confined to the hallways of middle school; it happens in adult world all the time. Street harassment is a form of bullying. So is domestic violence. Sometimes, even a well-intentioned gym competition can turn into bullying. Even screaming "eat a sandwich" to a thin woman (like myself) counts.

So, is bullying part of human nature? The theory—as pegged by Dr. Christopher Boehm—is that bullying will occur within species with a social hierarchy (like, you know, humans). It has to do with a leftover part of our brains that remains hungry for resources. Our ancestors had to be top dog in order to feed their offspring, thus bullying often resulted in a greater array of resources. Today, some high powered jobs require utter assholery. It's not that different, really.

Is this something we can eliminate? Let's take an extreme example: Anthony Burgess' dystopian novel Clockwork Orange (confession: I may be a tad obsessed with this book). The violent protagonist (or, err, main character) Alex spends his teens committing acts of atrocity for the mere thrill of it. After getting caught murdering a woman, Alex is forced to endure a program to make him "good." It's nothing short of torture, and it does make him change his ways—yet, he completely lacks free will. When his ability to choose is eventually redeemed, Alex goes back to being "bad"—briefly.* Within a few years, he's changed his ways completely. This time, he wants to change. As Burgess himself put it:

"When Alex has the power of choice, he chooses only violence. But, as his love of music shows, there are other areas of choice . . . The way has always been open; at last he chooses to take it. He has been a sour orange; now he is filling with something like decent human sweetness."

But it may be less about choice than we'd like to believe. Research suggests bullying has more to do with biology and sociological factors than morality and free will; telling the biggest bully at school to stop smacking his peers won't make him change his ways if his father hitting his mother has been the behavior that's been modeled at home.

"Because bullying goes way back, and because it has had positive rewards in earlier contexts, it may be difficult to come close to eradicating this type of behavior . . . While preaching may have some effect, it may be necessary to make bullies pay a price that is realistic in their eyes, to get them to desist. A chimpanzee alpha male knows when it is time to step down, and the reason he does so is because he will suffer penalties for continuing his ways. A human bully’s psychology isn’t that different.”

That said, kids do learn from us. If we choose to be better ourselves, perhaps we can set a better example for them and create a societal environment less hospitable to abusive, bullying behavior.

Anything's better than just throwing our hands up in despair.

*Note: In the American version (and film), the story ends before Alex has a chance to change. The British version shares his ultimate transformation.