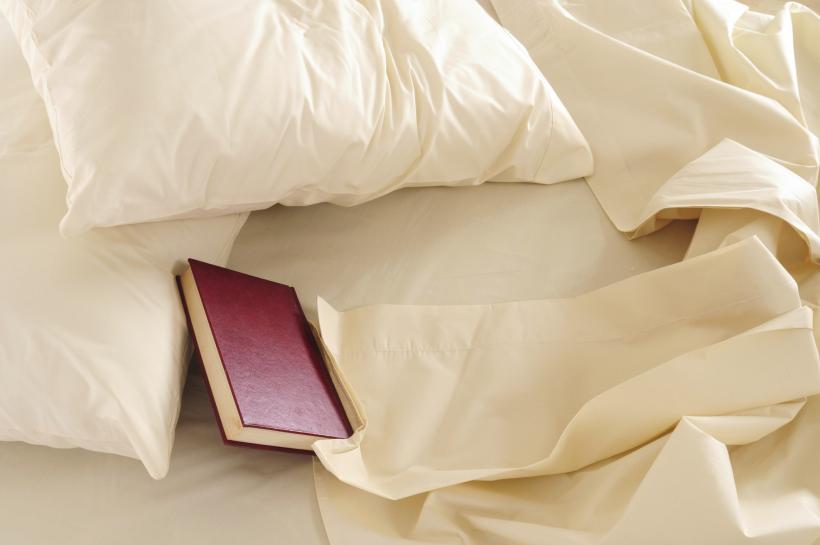 I want to tell you about this, but I don’t know how to make you believe me. You see, when he came to my school for a reading, I didn’t really know who he was. Just another fiction writer paraded in to impress the undergraduates and remind potential donors that the university is doing important things. My prof read one of his stories last week in class, then showed us the poster advertising the free student reading.

“This story was in The Paris Review.”  My professor practically oozed the words from his mouth.

The problem is, if I tell you this story, you won’t really care. You’re too busy with a major that means more than reading old books and writing about your feelings. But I want to tell you; I have to tell someone.

Everything new is old again.

It’s like he singled her out, that was how she wanted to feel. She wanted to believe her furtive eyes were noticed, wanted to believe that when he looked up from the story he was reading that Tuesday night in the lecture hall, he was looking right at her sitting in the second row. It’s like when you go to a concert and tell yourself the musician can see you through the spotlight on stage, even when you know you’re lost in the dark sea of faces in the audience.

Yet her courage that night, smooth and fluid, moved her to him during the after-reading meet-and-greet. She wouldn’t dare ask him to look over something she had written for class. That was too juvenile, too expected of an insecure creative writing major. Instead, she asked if she could ask him some questions for her final essay on establishing voice in short stories. He said, not here, she said, do you want to go to a coffee shop? He said, no that’s too clean. She said, what does that mean? He said, I don’t like all the lights and hangers-on and frauds typing pecking noises into their laptops. She said, my place is on campus, but my roommate is home. Big test in chemistry.

He said, how old are you? She wanted to say old enough, but didn’t, said twenty-two instead. That was a lie, she was only twenty-one. He said, I’m fifteen years older than you, does that make me wise enough to be counted as a citation for an undergraduate paper? She said, that makes you overqualified.

He took her back to his hotel room. She had never been inside a hotel room save for family vacations and a forgettable prom after party. She felt like she was dripping with newness, like he could see her inexperience exposed like a birthmark. They drank wine first, mini bottles from the mini bar. Then they smoked the joint she had in her purse. When they kissed the first time it was sudden, but not surprising. It surprised her more that it happened so quickly, after he had stubbed the joint out in the ashtray and she had flipped through the dial on the clock radio between the couch where they were sitting and the bed. She had stopped it on the alternative station when Depeche Mode came on. Then they were kissing. So simple to be kissing a man who had written the kinds of books her classmates were reading in classes like Contemporary Literature or The New American Novel.

“Tell me about the last time you had a sexual fantasy.”

He asked her like this was an everyday question, like how are you feeling or did you have a nice weekend.

“I can’t.” She felt the heat rising in her cheeks, the embarrassment of knowing she couldn’t lie.

She covered her cheeks with her hands, evidence. “I know. I’m embarrassed.”

“Why are you embarrassed around me?”

“Because you’re you and I’m me. God, I sound so stupid. I’m nervous around you,” she admitted, shifting on the couch and bringing her legs up under her.

“Don’t be. I find you very interesting and sexy.”

This embarrassed her further, being called “sexy” by someone she admired intellectually. It made her feel girlish, like a child with a crush.

They kissed again, with an urgency she felt but couldn’t understand. Was the moment passing? Was she losing it already, letting it slip through her fingers? She pulled away. Without meeting his eyes, she confessed, “My last fantasy was about you.”

Three nights earlier, anticipating hearing him read, her fingers had searched herself under layers of blankets. She had let herself slip into imagining it just like this: the wine, the innuendo dripping from every word, every gesture. In the end, she had come imagining herself on top of him. Something about who he was and his legacy had made her want to be on top, in control. Something had made her want to be in control of him.

“Good, because my last fantasy was about you.”

She was flattered, but knew he said this on her behalf, to ease her into something.

Because they had never met before this night. “To make me feel more comfortable.”

“I don’t want to make you feel comfortable. I’d prefer to do other things to you.”

She kissed him with her eyes closed, her mouth open. His tongue was probing, searching, but not aggressive. It was a soft searching, as if he knew he needed to be gentler with her than with others, as if he tasted her inexperience.

(This is the part I want to tell you about the most. You won’t believe this part, but it’s the best.)

He leaned back from her so that he was balancing on his knees and hovering over her. He had a strange look on his face when he took her foot in both hands and rested it on his pants, against the outline of his penis. She felt him growing hard through the cotton. He looked at her and smiled, like a child showing off a toy. This was the only moment, she knew when he looked at her with such innocence, that she would feel in control. She reached out and pulled him back to her.

He was the first to use his hands, guiding them up her dress and into her underwear. He had one hand in her and the other undoing his pants. They stopped kissing and looked at each other. She reached her hand down and pulled his penis out. Stroking it slowly, she looked to him for confirmation. Wordlessly, he pulled her hand off it and brought her hand to his mouth. He licked the palm of her hand twice and let it go before she reached back down. They kissed.

She waited in the kissing. She waited for something else.

She said, do you have a condom? She had waited until the very last moment, her underwear around her ankles. He said, not tonight. She said, but I can’t without a condom. He said, we’re not doing that tonight. She said, why not? He said, you have to wait for it. She didn’t say anything. Wait for what? He would be gone by the morning, onto the next town, the next reading.

She said, please, won’t you? He said no, I’m bored with that. She said, how can you be bored with that? He said, when you get to my age, nothing is new. Everything new is old again. He stood up and sat her up on the hotel bed (big white, fluffy sheets) and said, suck me off instead. She didn’t like to do this, but she thought, maybe for a minute, then maybe we’ll have sex.

“Ceremony” by New Order played in the background when he came in her mouth. It shocked her, the shot of hot, viscous fluid sliding down the back of her throat—a sensation she wasn’t used to. She gagged it down because she didn’t want to be impolite. He went to the bathroom and grabbed one of the thick cotton towels because he was polite too.

She felt his eyes on her as she wiped her hands.

“When I came here tonight, did you know this would happen? Did you know you would kiss me?” she asked him with a lingering voice, like a flirtation.

“I knew the moment I walked on stage and saw you in the audience."

His answer came immediately, like he knew it before she had asked.

“How did you know? I may not have kissed you back.”

“I knew. It’s like a when a car wreck happens. Some things you just know.”

He sat at the desk chair opposite her, his pants buttoned.

She didn’t say anything else, but she smiled because she thought this was the kind of comment you should smile about. But he didn’t smile. She pulled her underwear back on and straightened her dress. As she smoothed the wrinkles in her lap, he sat silently and watched her like you would a television program you’ve muted.

When I come home late, you are still up in our living room studying. At first, you don’t notice me. I walk past you to the refrigerator because I have a raging hunger in me. I stand inside the fridge door and let all the cold air out while I grab for any of my food in sight—a drink of milk from the carton, a bite off a hunk of cheese, and then another. I’m stuffing myself, trying to taste something beyond this cloudiness in my head, something other than the syrupy sickness I swear I still feel in my throat.

I go to bed, knowing I’ll try to tell you about this in the morning, when it doesn’t sound so made up. But I know you’ll say, “This is just a story, right? You’re just writing a story for class.” You always tell me my stories are too long, but I don’t know which ones you mean. “Maybe make the writer character sound a little better. He sounds like a real dick right now.”

I bet that will be your critique. You’ll dismiss it and go back to reading something important like how humans shed 1.5 pounds of skin particles every year. Because telling real life isn’t much different from telling a story—it’s all just beginnings, middles, and ends.

If you like this article, please share it! Your clicks keep us alive!
Tags
fiction
dating
Relationships
professors
trysts
obsession
writers
authors