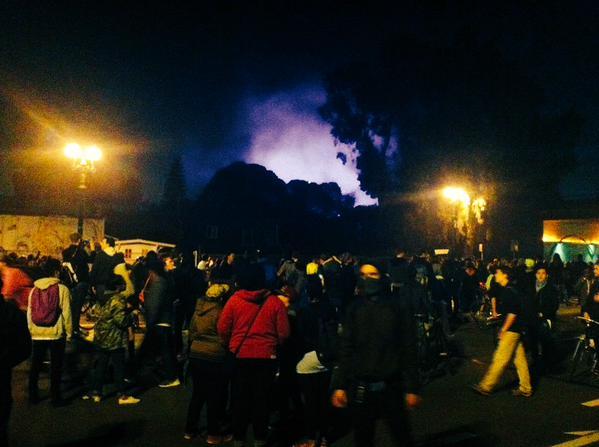 Last Friday I moved into a new house. Four days later I was shot at with rubber bullets by Oakland police—right outside the house I’d just moved out of. This is, for me, not a juxtaposition as such.

That dark and empty hallway and the blinding blue and red it offered me cover from in that, the scariest night of my life, were connected, a right hand ignorant of the doings of its counterpart.

Being a writer for hire is not thought a laughable aspiration because it is “hard to get into.” Your entire waking life in this “information age” is ruled by content. Blog posts. Viral videos. Cat pictures. Livetweets of protests. The universe you occupy is written in realtime by disembodied orators—the demand for content and is so immense that social media is conditioning us all to become better writers, better photographers, better creators.

In the age of the hashtag, “the writer” has never had a more essential role in society, because everyone in our society is a writer, or can be. And this is perhaps why being paid for it is seen as suspect—thousands of people blog and tweet in the absence of pecuniary reward; what makes you or I feel that we are so special, a step above?

There is also the social contract of tolerating greed. We accept capitalism is about profit and that people should only be concerned about making money if they are greedy. Any marginalized person who tries, then, to use their experience and knowledge of oppression to pay their bills is immediately “one of the bad ones”—we should be fighting for a world that will not senselessly murder us out of the kindness of our hearts, the same hearts the police aim their non-lethal rounds at when we try to interrupt traffic.

When I wrote about consent and transphobia on the odd weekend my old job afforded me, I was “an illuminating voice.” Now that I accept payment for the implementation of my social justice, I am an “abusive opportunist.” My best friend tried to shut down my talks. I was asked to move out of my house.

Capitalism benefits from people’s inability (or unwillingness) to discern exploiter from exploited. When feminists attack sex workers for “engaging in capitalism,” they are punishing marginalized women who are trying to survive in a system they did not ask to be shuffled into. This is like, the bread and butter of capitalism’s strategy to stay in power—it has us ever set to sabotage one another for the smallest modicum of “moral high ground.”

There is no shame—at least none that I am qualified to levy—in “staying out of it," in not participating in open conflicts of social justice. But if you truly believe that your passive neutrality is morally superior to a trans woman or woman of color receiving payment for lobbying against systemic disservice to marginalized women, then consider what love you might actually have in your heart for capitalism.

And if your suspicious sympathies aren’t enough to re-align your worldview, that’s fine. I cried for Wreck-It Ralph. I root for France, in every sport. I love playing the villain. I don’t believe that doing good in the world requires that I be good.

To that end: when people asked me for an Amazon wishlist to help me furnish my empty new lodgings, I decided to throw up some “journalism in protest situation” supplies. Because a harvest of your chagrin is all the sweeter when it’s done with the support of the community I now serve in this exile from your grace.

Smartphones have allowed us to hold systemic violence accountable in realtime; my partners did not need to wait until I made it home to learn I was being shot at with tear gas and rubber bullets. There were photos—those photos eat up a lot of your battery life, and on a 4-6 hour protest march, there’s a pretty significant margin of your phone dying before something really important happens, like your routine “I have not been arrested” check-in texts to loved ones.

With certain apps, you could, in theory, schedule tweets at certain times that say “Development! Arrested.” and then just cancel them before they’re set to post when you know you’re okay, but Twitter and Facebook are effectively repurposed, and are making it increasingly complicated to utilize them in protest situations.

Upon reviewing many of my photos after I escaped the tear gas, I realized many of my hashtags had been mispelled—I let the app just autocomplete them while I was on the move, not realizing that Twitter was purposely putting “#BerkeleyProstests” and “OakIslandProtests” at the top of the auto-complete queue, so as to prevent more traffic in the intended hashtags, which ultimately disrupt Twitter’s original purpose of shilling shit you don’t need to buy or watch.

I could have taken my time, paced myself—but every second spent dicking around with keystrokes wastes the battery that will ease the nerves of my partners and adoptive parents.

In the seven years I’ve lived in the Bay, I’ve had about 8-10 mailing addresses. My new landlord described me as a “vagabond,” bringing the word out of retirement in doing so. This new house, where no one from the various hate groups that have sent for me will find me, is the first place I’ve ever lived that did not already come with communal dishes and furniture. I came home from being hit with tear gas to eat corn out of a mug in an empty room. I almost contemplated re-joining the march in the event it passed by a looted housewares shop.

Just kidding! I’d never contribute to a culture of coercive redistribution to resources that can be then used to justify spurious “security measures” that only end up further policing the actual victims of systemic theft.

Not when the bowls won’t nest. They just have to.

3. Reusable Respirator With Paper Filters: AKA A Gas Mask

To disabuse: this list is not to suggest that I am A) an integral element to the protests, or B) doing that thing where I say I’m there as a journalist to cover my ass but then actively contribute to the activities of the protest.

At the protests, I am there as a journalist. And to be shot at.

The police have been targeting journalists for violence, smashing photography equipment, making arrests, firing into crowds of people with cameras.

There is, whether we like it or not, no “neutral” or “objective” in the conflict for black liberation from police violence. By being at a protest and not being in a police uniform, we are targets. So we need to dress accordingly.

The searing agony of tear gas, a pain that seems to creep under your nerves like a stubborn cheerio under the fridge, a cheerio that then causes the fridge to writhe in unbridled agony, fucking up your marinated salmon—it defies language. Literally, just spits in the face of language.

You punk, you think you’re so cool, allowing people to communicate and form civilization. Fuck you, have a taste of hell! I know some words for you, language—how about “banned for use in warfare.” See how smart I am? Smart and not screaming for my mother.

It’s important for white allies/journalists to be very careful about when and how they wear a mask—police have been infiltrating protests by masquerading as masked instigators for fucking ever. And being mistaken for a protestor and getting shot sucks, but being mistaken for a cop sucks worse. That’s like, a judgment of you as a person.

On Tuesday night, the protest went from downtown Berkeley, through Temescal, back over through Piedmont and eventually to downtown Oakland. That is a lot of driving—it’s even more walking. Gas masks and portable electronics can leave little room for food and water, which in turn leaves little room for a successful suspension of the violent police state via victorious will of the people. You can fill them with fruit and snacks to distribute to fellow marchers, or a tasteful stacked salad to indulge yourself when you have a moment in front of the city council building to yourself. And, once empty, the mason jars can be filled with water—or used for other things.

Look: I know violence and property damage is wrong.

I also know what a rubber bullet sounds like when it hits the person standing next to you. And what tear gas tastes like.

I know a lot of things. Now. 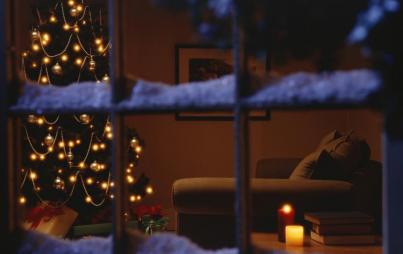