In Defense Of Facebook's "Year In Review" 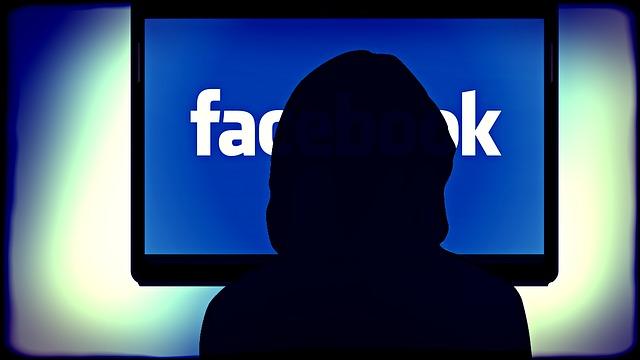 Facebook isn't your friend. But that doesn't stop many of its users from treating it as a trusted confidant. So it comes as little surprise that folks across the world exploded in rage when painful memories resurfaced amidst the ubiquitous using of Facebook's (admittedly lame) "Year In Review" function. Eric Meyers—less rageful, more grief-stricken and eloquent—a father, publicly criticized the compilation app as it reminded him of his young daughter's untimely death. When prompted about his suggested year in review, his late six year-old daughter's face popped up as the central photo. Calling it "Inadvertent Algorithmic Cruelty" Meyers noted that the tool was offensive—with the standard “It’s been a great year! Thanks for being a part of it.” popping up constantly—and asked that Facebook consider operating this function differently in the future. Meyers has a right to express his anguish, and did so in a respectful manner.

It's worth noting that the "Year In Review" app could have been improved if users were prompted to compile their own unique online anthology—as opposed to Facebook automatically creating and suggesting one. And Meyers makes a valid point when he says:

"Where the human aspect fell short, at least with Facebook, was in not providing a way to opt out. The Year in Review ad keeps coming up in my feed, rotating through different fun-and-fabulous backgrounds, as if celebrating a death, and there is no obvious way to stop it. The design is for the ideal user, the happy, upbeat, good-life user. It doesn't take other use cases into account."

Yet, it is unfair to blame Facebook entirely for the resurfaced emotional aches—for two reasons: 1. Using Facebook is a choice 2. Virtually everything in this world can (and will) trigger your pain.

There are many social media platforms (Twitter, Pinterest, Google+, Tumblr, Instagram, LinkedIn—you get the point). Despite the endless complaining about Facebook, allow me to be crystal clear: You do not have to use Facebook. If you have an active account right now, you like Facebook. Even if you use is scarcely, you get something out of this site. If you didn't, you would deactivate your account. For that matter, participating in social media in any capacity is not a requirement either. I have healthy, happy friends who abstain from this sphere of communication entirely. You can argue "peer pressure" 'til the cows come home; Facebook is still a choice.

Furthermore, Facebook shares only what you post. It does not worm its way into your psyche and extract salacious or soul-eviscerating details to blast to your 900 closest friends. If you see "brokenhearted [insert obnoxious emoticon that I can't bear to paste here]" in your "Year In Review," that is your own fault.

There is, however, evidence that suggests that certain types of people are emotionally attached to Facebook. In a 2013 study conducted by Russell Clayton of the University of Missouri, 229 college students were questioned regarding their social media habits. Those prone to loneliness, anxiety, alcohol, and marijuana use are most likely to feel emotionally connected to Facebook. While this umbrella could cover about, IDK, 90% of college students at one point or another, it's an interesting relationship to draw attention to: Facebook users are more invested in the site during states of distress or while using mind-altering substances.

Perhaps this explains much of the anger.

The Reality Of Triggers

Let's go back to the devastated father, Meyers. I don't know him, but I obviously wish he'd not suffered such a huge loss. Likewise, many of my Facebook friends feel they are being tormented with painful memories from their past year. I don't relish the thought of anyone—even my enemies—enduring pain. Unfortunately, such torment is part and parcel to the experience of a little thing we call "life." Triggers are unique to each individual based on past experiences. To outsiders, they may occur at innocuous moments.

Psychological trauma occurs (primarily) when you experience something that "leaves you feeling overwhelmed and alone." The overall emotional experience is what leaves you with pain, which can be triggered at a later date. Trauma-inducing events include everything from violence to extreme embarrassment.

If you're experiencing a devastating heartbreak, the opening notes to a song can send you into a spiral of despair. Survivor of abuse? The sight of a specific color on someone's t-shirt may send you into hysterics. In these instances, it's neither fair to blame the radio station that played the detested song nor the person wearing the particular hue. By the same token, you can't blame Facebook for evoking a painful memory.

Though no one deserves the searing pain of old wounds, it's healthiest for us to take responsibility for our feelings. Perhaps we can't control them at first, but there are steps to move in that direction. Psychologists recommend identifying triggers when tackling the catastrophic outcomes of trauma. Angered or triggered Facebookians could benefit from utilizing this notion and cultivating healthier minds.

And now I'm getting personal. I—like many, many people—have endured experiences that merit a "trigger warning." Let me assure you: The entire world is a trigger. In the past, everything from vocal inflections to specific textures have turned me into an uncontrollable mess. We can't go through this world avoiding potential triggers forever. So what if users looked at their "Year In Review" and had a cathartic cry instead of turning to rage? Or moved one step closer to a bit of healthy closure?

We can't change every aspect of the world, but we can change how we move through it. And coming by this knowledge, however painfully, is, perhaps, the value of a "Year In Review."