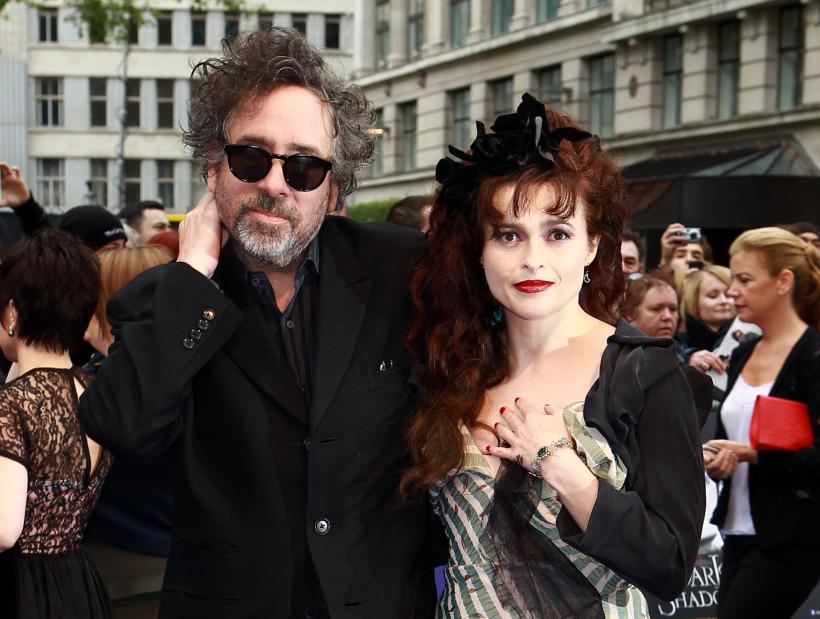 This holiday season, America lost one of its favorite quirky couples when Helena Bonham Carter and Tim Burton announced they had axed their long-term partnership. "Tim Burton and Helena Bonham Carter separated amicably earlier this year and have continued to be friends and co-parent their children," the press release stated in terms far more more bland than these beloved eccentrics deserve. (The release also conveniently left out rumors of a Burton affair.)

The news is, of course, sad for the pair. But to an (obviously) lesser extent, it's also sad for lovers of funky fashion everywhere.

Between Bonham Carter's truly one-of-a-kind style and Burton's wild mop of hair, this pair always looked fabulously frumpy. Not Miley Cyrus-esque, wannabe-hipster frumpy, and not "boho" either, but downright unkempt, careless, and disheveled. In a world where the polished glamor of Kimye and Brangelina reign, they were a breath of refreshingly dirty air.

What made them so delightfully weird? First and foremost, there was the hair—Burton's unruly locks and Bonham Carter's insane hats and updos always had us believing that the pair rushed to the red carpet after stumbling out of bed (following, presumably, a hot night of kinky sex). Then, there was Bonham Carter's unique twist on English classics and red carpet etiquette—corsets as outwear, oversized dresses, bold cuts, lots of volume and gut.

Burton always stood beside her, equally dashing, with just a hint of the strange—sporting, say, a printed scarf, loafers, or blue nail polish. And, of course, there were the sunglasses—the way this couple did sunglasses on the red carpet was so cool, so effortless; it always felt like they were hiding a secret behind those shades . . . and we so desperately wanted to know it.

From Helena's mismatched shoes to Burton's oversized suits, every public appearance these two made was like something out of one of the films made by Burton and starring Bonham Carter—unbelievable, fantastical, and utterly kick-ass. Granted, their indelible style will still live on separately. But in the case of this couple, double the weird made for double the delight. May their coupled style rest in peace.