"Stop Taking Everything Personally": The New Year's Resolution (And Man) That Changed My Life 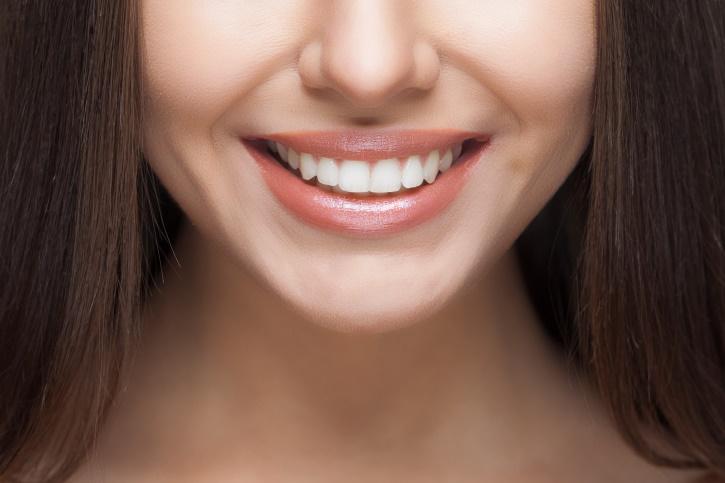 If your love life is anything like mine, it's at some point involved that one person who can turn your life upside down again and again and again. From the random "but, I miss you . . ." calls to the confessions of genuine emotional confusion, you become stronger through knowing this person, even as they make you feel weak.

If you're anything like me, you will also craft your most effective New Year's resolution in the process of having this tortured but powerful romantic experience. And it will be this: Stop taking everything personally.

I pride myself on usually being pretty strong in relationships. I may cry over a split, but I routinely bounce back with undeterred enthusiasm for love and lust. But one man proved to be my weakening agent. Once, he said to me: "If you wrote about me, what would my fake name be?" It seems fitting to call him "Kryptonite."

Kryptonite and I met at a college Halloween party in 2009. Though I don't remember what was said, our eyes locked, and that was that. We secluded ourselves to a corner of the party, and were only interrupted when a guy dressed as Kanye West began the infamous, "I'm really happy for you, I'mma let you finish BUT . . ."

Our courtship began slowly, but heated quickly. We snuggled in bed, sharing pictures of each other's loved ones. He read the poetry assigned by my English professor and offered his insights. I attended his sports games. He cooked vegetarian dinners for me. I listened to him as he spoke about his problems with depression. We were crazy about each other, and soon, we were "in a relationship." .

One evening, he turned to me as we lay in bed and said, "You look like Helen of Troy." Foolishly, I saw this as evidence of a strong future together. Instead, Kryptonite broke up with me.

The break-up came about a week after I told him I couldn't do a long-distance relationship; he was going off to college, and I was not. A couple weeks after he ended things, in a moment of hot anger on an uncommonly chilly May evening, I biked to his place to return his sweatshirt. Upon arriving, I told him I was angry and hurt by his actions. I tried to leave. Kryptonite stopped me.

"Giana, it's cold and it's late. Please don't bike home."

"Giana, please, I can't have you doing this. At least wear my sweatshirt while you bike. Please? It's cold. Please. Giana. Please?"

So I left, wearing Kryptonite's sweatshirt, crying as I pedaled. I hated him and his navy blue sweatshirt with chewed toggles. I don't know how he felt about me that night, nor is it fair to guess. On that night, however, my mind raced with a single thought:

What had I done wrong?

Kryptonite was intelligent, wholesome, creative and attractive; his rejection made me doubt all these qualities in myself. I must be stupid! An airhead! Lacking moral integrity! Who'd date me anyway? Each insecurity fed off the other, multiplying like bacteria.

As happens in these kinds of relationships, Kryptonite and I later got back together. And when he broke up with me again, he said words that would later prove significant: "Please believe me when I say that these feelings have nothing to do with you. I'm so sorry."

Kryptonite moved, but we continued to talk on the phone multiple times a week. At the end of summer, he told me that he feared he had "lost me forever," and asked if we could pursue something romantic. I said no.

January 2011 rolled around about four months after my refusal to take Kryptonite back—and it was then that I made the fateful and conscious decision to stop taking everything in my life personally.

I had hurt Kryptonite, but couldn't understand why he didn't see my side. No doubt he felt the same way. I realized that if my original hypothesis about my split was correct—that is, that I am a morally bankrupt idiot who repels the opposite sex—Kryptonite would not have put effort into finding me again. Maybe I should believe his claim that his decisions had to do with his own issues—not me, or anything I did. Maybe getting dumped out of the blue has more to do with the person doing the dumping (and trust me, I've been on both sides of this fence).

If I could accept this conclusion with Kryptonite, I needed to apply it everywhere. And so I did. It was a slow process, and I had to remind myself daily, "Giana, don't take it personally. You don't know what's going on from their perspective." The professor who didn't have time for me during office hours? Maybe he wasn't being mean, but was simply swamped. My friend who didn't text back? Probably overwhelmed by something else.

Today, I no longer have to give myself a pep talk to not take everything personally—it's natural.

Here's the thing: People usually make decisions based on what's going on in their own lives. Given that we perceive the world through the lens of our own biases, it's impossible to understand another fully. Understanding this helped me develop a healthy attitude in school (and, later, work), as well as in my personal relationships. When I feel hurt by another today, rather than immediately focusing on my flaws, I ponder the motivations and feelings of the person making me feel bad.

Since that resolution, I have stopped feeling angry about romantic entanglements. I feel free. At the same time, I've become better at explaining myself to people that I hurt.

When I contemplate my relationship with Kryptonite now, I pity him—not me.

Nearly five years after I met Kryptonite, we faced each other at a beach, having mutually traveled far to meet the other. The conversation turned to "us." I watched the sunlight illuminate the eyes that had locked with mine at that party years before. He tensed as he asked:

"Would you consider long distance?"

"No," I responded. Gently, I explained why I knew that would never work between us.

I hope he didn't take it personally.