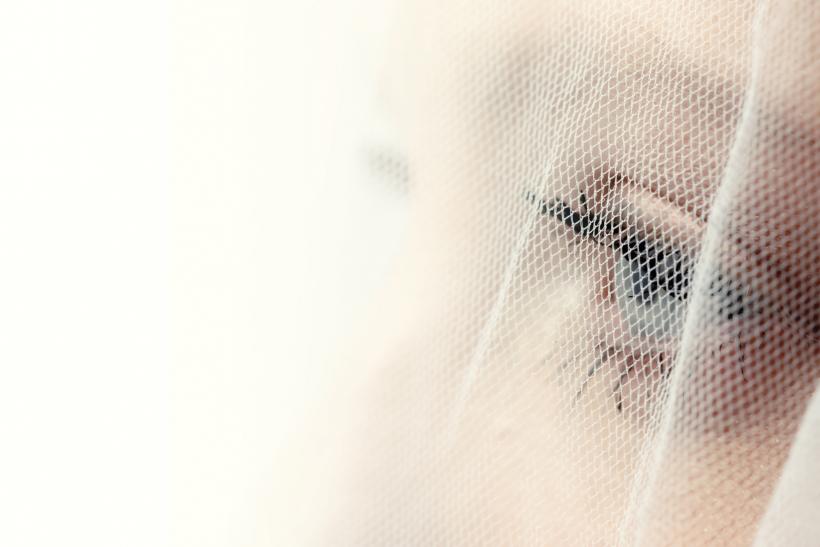 Despite what I am about to detail, I am decidedly not above the proverbial wedding fantasy. Like every American female I've ever known, met, read, or heard of, my whole being has been white-washed in wedding-dom. Sometimes it's a Gatsby-esque affair and I'm waif-ing down the aisle in swinging fringe as Cole Porter warbles all around me. Sometimes I've written a rock opera that stars  me—of course!—and all my friends; the final act, the finale if you will, is where I actually get married. And then sometimes I elope in the most beautiful dress I can find from Marshall's—$100 or less—before we drive hand-in-hand to the middle of fuck-all with four pals crammed in the back and we're screaming Motown and swilling cheap champagne.

I could go on and on. In fact, I shudder to imagine the time my brain has spent churning out these fantasies. The point, which I'll readily admit, is: I am utterly enamored—somewhat even pathetically so—with getting married. Keep in mind the full emphasis on the getting married as opposed to marriage. Simply put, I am obsessed with the ritual. The celebration. The seemingly archetypal passage into love bondage. And in truth, it's been challenging to parse out what is insidious societal steeping, what is my intrinsic, palpable penchant for a good party, and what is my unabashed obsession with being in love.

Slowly but surely, though, I've been teasing it out.

On one hand, how delectably saccharine, self-indulgent, and silly it is to dress up—like a child on parade—and publicly make out, get purposely and openly intoxicated and meticulously mobilize 100 people to your bidding. The bride almost always looks off, because she wants this day to be special so she wears her hair in some shellacked abomination, topped with flowers or a jaunty hat. She dons too much makeup so her partner to be can barely kiss her without fear of tasting glue or "mussing her face." Her dress inevitably wears her, the fabric catching beneath her shoes, the bodice pinching her underarm fat, the layers of lace making her ass drip sweat in the summer heat.

I find the whole ordeal to be so weird. And yet . . . it kind of makes sense that it appeals to me. I’m what I like to call a theater bitch. Which is to say, I love theatrics—on-stage and off. I love dressing up, blue eye-shadow, karaoke, community theater; I live for things that sparkle, for some spectacle. So for me, it fits that I’d harbor this maybe-pitiful passion for my maybe-pending wedding—I’m waiting to star in my own show.

But most people are not theater bitches—and even they greet this day with the fervor of a Vegas drag queen starring in her comeback tour. I watch normal women become utterly unrecognizable, orchestrating their Big Day like it’s the second coming of Christ and if those Calla lilies aren’t draped at 45-degree angles along the pews, he is going to banish our mortal asses to the steaming bowels of hell.

Like there are consequences to getting this party wrong.

But there aren't. It only feels that way because you spent $50,000 and “everyone I know will be there.” Between the hemorrhaged money and the burning visibility—the stakes seem very, very high. And sadly—please forgive me right now if I’m being an insufferably cynical bitch—but your photographs will look like everyone else’s and even your closest friends will be fuzzy on the details a week later.

But even in knowing—like I imagine some people know God is gliding about somewhere—that no matter how it manifests itself, my wedding will be a crushing letdown—how could 7 months of planning being funneled into one day be anything else?!—I continue to pine.

Stranger still? I’ve had anxiety dreams about my own wedding since I was about 19. They’re hyper-realistic and awful. I catch sight of myself in the mirror; pale, frantic. I claw at my white dress. I can’t breathe. That burning sensation behind my eyes is growing stronger and I feel sick to my stomach. I hear the murmur of the guests, the lilting music through the door.

I burst into tears, I throw myself into my mother’s arms; I tell her I can’t go through with it.

And then other times? I’m already walking down the aisle and I think I’m going to scream. My feet feel leaden, the rustling of my dress deafening. I know when I speak that it will be a panicked croak. I see my husband-to-be’s face—always my current boyfriend at the time—smiling with love, his eyes shining. I can’t look at him. I stare at the floor, my right arm hangs, dangling a bouquet of pristine white peonies.

Every relationship I’ve had—four to be exact—has lasted three years. And then? Something snaps inside. A quiet, insistent voice starts nagging. This isn’t right, it says. You’ve got to go, it prods. And finally I listen. And go I do.

"But it doesn’t feel right!" yelled the nagging voice.

I don’t even know what that means!

And so it went. After years of questioning and admittedly lambasting the whole marriage institution—despite my simultaneous cultivation of serial monogamy—I ultimately realized I did want “forever.” I wanted, ya know, the next 60 years of my crushing mortality to be shared with someone. Maybe that's marriage and maybe it's merely a cohabitation, life-meshing situation . . . but I’ve crystallized my desire to pair off.

Which is to say, I've taken a heaping helping of my own words and eaten them the hell up. And god is it bitter. I've had to choke it down like chalk, my throat bulging against its weight. I had to watch the confusion and disdain wash over my (now) ex-boyfriend's face as I told him I had changed my mind. After spending three years telling him there was nothing more romantic than "choosing each other every single day," that marriage was for lemmings and "forever" was a snicker-inducing fairy-tale . . . I had a cerebral 180.

. . . I began to feel, vibrate, that even if we didn't get married, I wanted him, and me, to feel "that way" about one another. At least believe—right here and now—that we could be forever, if not officially marriage, people.

But neither of us—despite loving the living shit out of one another—felt that way.

Maybe it’s turning 31, maybe it’s my dastardly internal clock, maybe it’s an exhausting hunger to finally know that at least one of the big four life facets—Career, Love, Family, Friends—is sorted out and locked down, but there’s something that’s become so strangely reassuring in a few pending confines. That there is someone incredible in my corner and he's gonna be there come hell or high water—so I can go ahead and focus on other things.

That instead of fixating on what's wrong with my current partner, I can squeeze him like a questionable avocado, acknowledging the bruises, his lopsidedness, and still toss him into the basket. Which is to say, instead of wondering why it won't work, I can focus on making it work. Because I'm committed to doing so. (Not that "making it work" is a terribly charming turn-of-phrase, but at the risk of being a touch trite, if life isn't a blur of compromises and dogged, painful communication, it's nothing.)

I've realized that the ritual, The Wedding—in all its permutations of felicity and sorrow, both real and imagined—in what I perceive as one of the most manipulative, masochistic, capitalistic and strangely misogynistic practices in existence . . . was all a red herring of sorts. I've been so worried about alternatively avoiding and designing my own union, that I had completely eclipsed, bastardized, and lost sight of the whole damn point.

Which is finding someone to lie belly-down with in life's trenches. To do the work. To stand up, however sheepishly, bearing the occasional self-loathing and say: I don't want to go it alone. (And the involvement of Calla lilies draped at 45 degrees distinctly optional.)

If you like this article, please share it! Your clicks keep us alive!
Tags
marriage
weddings
bridezilla
anxiety dreams about marriage
breakups
Relationships
Love
divorce
matrimony