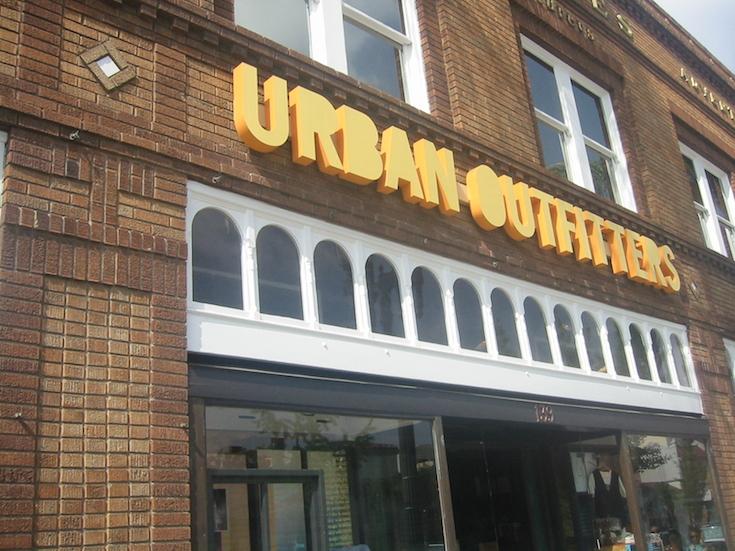 At this point, the name "Urban Outfitters" is nearly synonymous with "controversy." The "hip" retailer's racist "Ghettopology" made headlines over a decade ago . . . and since then, it hasn't seemed to make any real effort to clean up its image. Between the bloody-printed Kent State top, offensive "Navajo Hipster Panty," and—like you could forget—the "Eat Less" top, it would take wild naivete to believe Urban Outfitters' apologies anymore.

In the wake of yet another offensive product, we have to wonder if the powers that be at Urban Outfitters are just straight-up, unabashedly anti-Semitic. Time and time again, the design team has made "artistic" nods to the Holocaust while trafficking in offensive Jewish stereotypes. It's not enough for us to shrug it off and say, "Well, that's just Urban Outfitters!" Given the company's accumulation of "mistakes," it's time for consumers to stop buying into their weak apologies . . . and stop buying their products, period.

Let's explore the company's anti-Semitic products. Because indeed, there are enough for an entire list.

A tapestry was recently spotted at an Urban Outfitters in Boulder, Colorado. With its white and gray striped design, coupled with a pink triangle, it is reminiscent of the uniform gay men were forced to wear in concentration camps during Adolf Hitler's reign. Save for the angle of the stripes in accordance with the triangle, the similarity is uncanny.

Here's what was worn during the Holocaust: 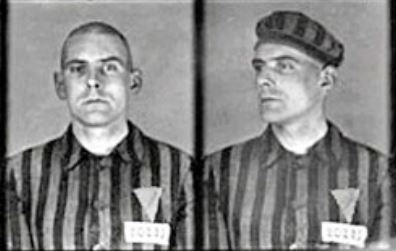 And here's what you can buy at Urban Outfitters: 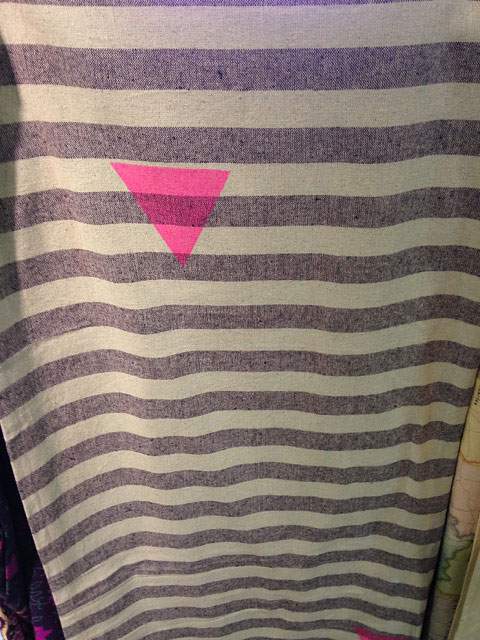 Granted, this also offends the gay community—not Jewish people specifically—but it speaks to an event historically associated with the mass murder of Jewish people. The notion behind the condemnation of gay men was similar to that of the Jewish: Hitler sought to preserve his precious Aryan race, and saw gay men (not women so much) as a problem that must be eliminated.

This one seems even more blatantly obvious in its offensiveness. The shirt in question was spotted in 2012, and outrage quickly followed. The Anti-Defamation League complained, and Urban Outfitters explained that it was a geometric design it created. Really, it had no idea that it resembled the Star of David! Though it's tilted slightly in an axis, the similarities, again, are obvious.

Here's the Star of David: 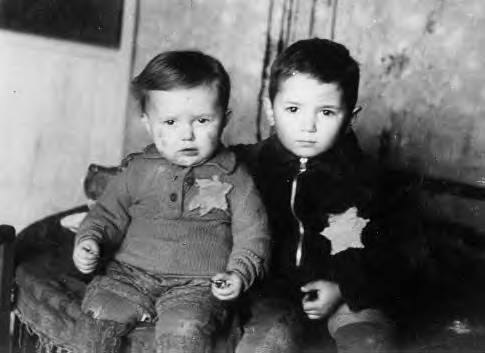 And here's what you could buy at Urban Outfitters: 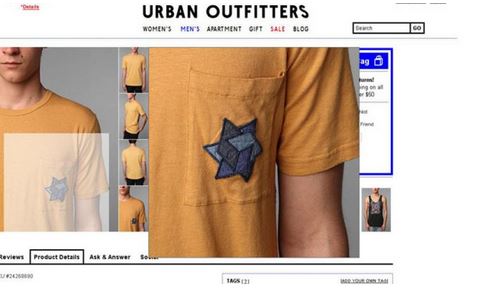 As we know, Jews have been forced to wear identifying marks several times in history. In this case, the Gestapo forced them to don the stars in an effort to round up, and later torture and kill, them. Wouldn't you think some staff member would peer at this shirt and say, "Hey guys, you know what this looks like . . . ?" There is virtually no excuse for an American company to be ignorant on this front. 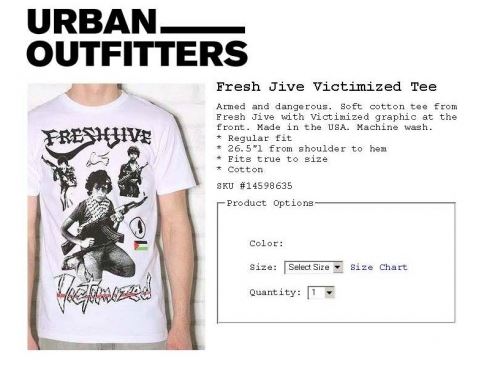 Hey, fun fact: Israel and Palestine have a longstanding historical conflict. And yet, enter: this shirt from 2008, which depicts a Palestinian youth holding an AK-47 with "Victimized" written at the bottom. So, Urban Outfitters decided to be openly offensive to all parties in a conflict in which people are still actively dying. A pattern of egregiousness is really starting to cement itself . . .

"Everyone Loves a Jewish Girl" T-Shirt 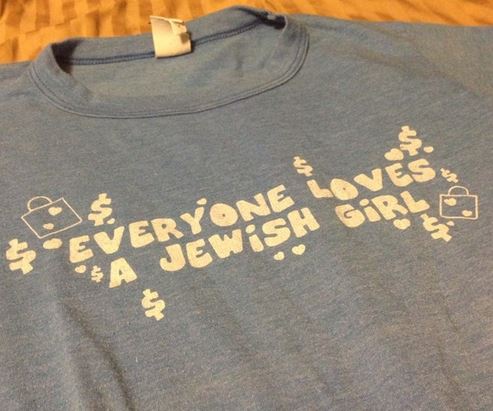 Did you know that there's a stereotype about Jewish people being greedy? I know, shocking. From Shakespeare to South Park, pop culture just loves this particular prejudicial trope. And guess what? Marginalized groups don't really relish stereotypes like this. Yet, Urban Outfitters chose to decorate its "Everyone Loves a Jewish Girl" shirt with dollar signs and shopping bags. As a point of comparison, here's what's on the company's other "Everyone Loves a . . ." shirts:

If you haven't done so already, stop shopping at Urban Outfitters. I'd be lying if I said I have never coveted their apparel, but it's wrong to support a company that is nearly, if not outright, flagrant in its racism.

This isn't "edgy." It's offensive. And I'd hate to see the company profit off its hate.