Meet The Women Who May Be Going To Mars 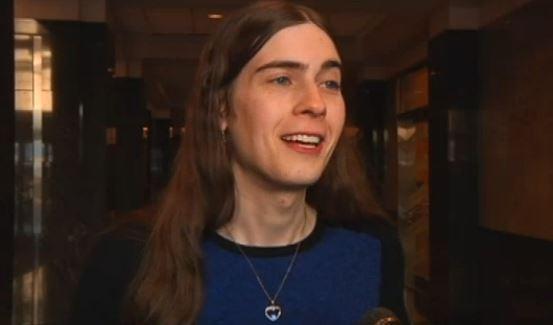 Would you want a one-way ticket to a far-flung, barren planet where dust storms are rampant and temperatures can drop to -225 degrees Fahrenheit?

If so, you're not alone: More than 200,000 people applied to take part in the proposed Mars One expedition to colonize the red planet. And now, that field has been narrowed to 100 candidates—half of whom are women.

This gender equity may not seem newsworthy . . . until you consider how male-dominated space travel has historically been. Venturing into the great yonder has long been associated with stereotypically male qualities, from audaciousness and risk-taking to scientific savvy and the capacity to be away from home for long periods of time.

It wasn't until 1983 that Sally Ride became the first woman in space, and NASA didn't launch its first expedition with as many women as men until 2013 (as in, two years ago). At times, the gender discrimination has been outright explicit. In the 1960s, when the space program was in its infancy, 13 female pilots passed the exact same psychological and physical tests (including drinking mildly radioactive water) to fly Mercury 7 as the men. But when they testified before the Subcommittee of the House Committee on Science and Astronautics to argue for women going on the mission, they were shut down—and shut out.

One person who argued against sending women into space was celebrated astronaut John Glenn. In an interview with Martha Acmann for her book The Mercury 13, Glenn said of the mentality at the time:

"The men go off and fight the wars and fly the airplanes and come back and help design and build and test them. The fact that women are not in this field is a fact of our social order. It may be undesirable."

Of course, the Mars One trip is different, as it involves civilians rather than trained NASA astronauts. But the fact that it's equally divided between the genders challenges deep-seeded, and no-doubt lingering, cultural assumptions about women's suitability for the perils of space travel.

The next round of cuts will reduce the field to a final 24. Here are three of the 50 female candidates in the running to make history, who have made recent headlines:

Just 19(!) years old, this mechanical engineering student is the only person based in India who's been selected for the expedition.

Choice quote: "I am keen on settling down on Mars as I have a passion for space sciences and technology. This apart, I also enjoy taking risks and doing something adventurous. The one-way trip to Mars combines the two."

A PhD student studying astronomical scientific research (what else?), Earnshaw recently penned a piece for The Guardian about why she wants to colonize Mars.

Choice quote: "When I applied for Mars One, I applied to dedicate my life to the creation of a colony that will have enormous implications for the future of the human race. It’s in many ways a monumental responsibility, a life’s work much bigger than myself, and one for which I feel no qualms about the fact that it’s a journey from which there’s no coming back."

A New Jersey-based data analyst, Morphy has been dreaming about a trip like this since she read Red Mars as a teen.

Choice quote: "My head's always been in the clouds, so the next step is to go into the space."

If you like this article, please share it! Your clicks keep us alive!
Tags
Mars
mars one
expedition
space travel
women
gender