The Third Puberty Is The Hardest 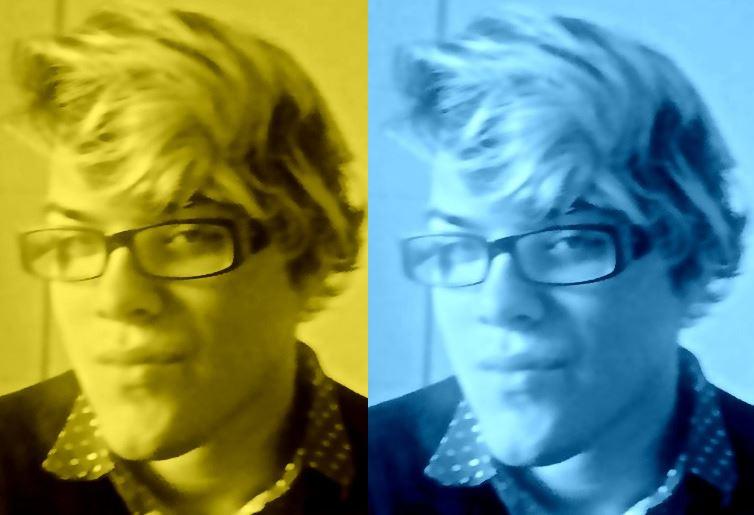 For many like me, the trans experience is an interconnected labyrinth of in-jokes and non-committal memoir. Above, beneath, and between us are the eyes and voices of those eager to pick apart any word or phrase in search of any morsel or misspeaking, the most infinitesimal of unfortunate implications.

TERFs, conservative politicians, and your average blog commenter are quick to correlate any changes in personality, sexual orientation, or even diet as evidence of our artifice—proof that trans people are reckless transformation addicts trying to mimic “real men/women” through spurious means. We live under the constant promise—not threat—of having our words condensed and reconfigured to purvey the most salacious of predatory narratives.

When I say “the emotional and physical changes that come with HRT and social transition form what we call a "second puberty,” I can already see it, some fly-by-night Photoshop comic of a trans woman insisting she’s actually 14 and should be given access to spaces for teenagers.

Don’t let them use public restrooms, it’s a slippery slope!

Hormone Replacement Therapy (HRT) propelled me into a free-fall of foreign emotionality. I would cry, for hours, without knowing why or how to stop. I would crawl out of bed at 3 in the morning, rummaging through the kitchen in search of chocolate. My nipples were always sore and I had to effectively rewrite my manual for sex—having to account for my inability to get regularly get aroused. I hadn’t the time to also be deprived of my financial and legal autonomy and have all of my thoughts and feelings be dismissed because I was “too young” and “didn’t have bills to pay,” let alone the inclination.

(I don’t even like teenagers. Or adults, for that matters. If you don’t like floral prints and Adventure Time you might as well be dead to me.)

When I say I experienced a second puberty at the age of 22 that drastically reshaped who I was and what kind of body I had, I assure you it was done in a house I was paying rent on and any fits of fish-taco-in-mouth crying were done in a car I both owned and had a license to operate. And by this point, I didn’t care if Joanie also liked Tara, because I was non-monogamous and could make that work for me.

I can’t say, for certain, exactly what about who I am now is the result of transition and what just came with getting older. HRT affects everyone differently; my feet did shrink, but I still find men about as sexually appealing as a honeydew with a terse review of Michael Bay’s The Rock written on it in metallic teal sharpie.

Our reluctance, as a community, to refrain from cataloguing the breadth of changes transition brings with it helps make transition and transness inclusive, rejecting the “right/wrong” dichotomy of experience—but a societal squeamishness around talking about our body’s changes is killing me. Literally. I have considered suicide because of chest pimples.

Since quitting my tech job to pursue writing, this past year has been very erratic and disruptive to my hormone levels. Unable to afford a doctor out of pocket and fettered by the bureaucracy of socialized healthcare—after 9 months of waiting on MediCal, I was issued an emergency 2-month membership that was already expired by the time I received it. Ultimately I had to buy my hormones from other trans women. The suicide and incarceration rates of trans women being what they are, my luck eventually ran out and I paid the piper for seven years of liking what I saw in the mirror.

I grew hair all over my body—even in places where hair hadn’t grown before HRT. With the hair came the acne. My neckline was once my favorite part of my unclothed self. Now a smart cardigan belies the torn asunder wasteland that remains beneath my chin.

And with the acne came the obsession; plucking. I fear for ingrown hairs, so I pluck every hair I can. Sometimes it bleeds. Sometimes a pimple grows there anyway. If I do not occupy my mind sufficiently I will wander into the restroom to gawk at the ruins of what was once my body, my now-toppled temple, overgrown with gross black weeds, choking the beauty from my navel, my chest, and eventually my face. Every week, it seemed, a singular black hair would sprout closer and closer to my eye.

I will be overtaken before long.

There are times—like now, if you want to be empirical about it—that I want to crawl in a hole and cry about my failed body until I drown. But tears are hard to come by in this brave new shit storm. Anger though. Man, I get so angry about things. I can’t tell you what things, because once my rage reaches a fever pitch all motivation and reason is abandoned.

(Fuck: am I an MMA fighter now? Is it okay to pick a padded fingerless glove that coordinate with my manicure, or are they assigned to people? I can make due with any color but yellow: my complexion is just not pale enough to work yellow nail polish, but I guess that could be resolved with tattoos of goblins or skulls or whatever all that shit on their arms is supposed to be.)

With the obsession comes the disengagement. I don’t initiate anymore. It would suggest that my partner wouldn’t find what sits beneath my clothes not completely revolting beyond measure. Like selling someone a crate of fruit you know to be rotten. Even at 250mg a day of spironolactone, I had a libido that rivaled cis male friends and roommates. I now know the shame of having a full erection in the midst of a depressive episode. Like a dog that brings you its leash while you’re on the toilet, having the worst shits of your life.

My desires do not extend beyond my means—I do not feel robbed of not having a body like Megan Fox (who, ironically, is frequently accused of being a tranwoman) or like society “owes me” a vagina. I want a body I feel is mine to manage. If someone has acne, they can buy a cream. If someone wants larger breasts or some fat sucked away, they can buy a Groupon. My need for hormones that will afford me a body that conforms to the middle ground of “gender-coded traits” and “what about those coded traits I want for my own body” is not any more vain or harmful; I should not need to traverse a still-broken, still-treacherous medical system to get the permission of cis people for me to have access to these.

Body hair causes me genuine mental anguish--why must the onus of “learning to love it” be on me when there is a simple medical remedy resoundingly proven to lessen the emotional and physical anguish of trans people? Why should your relative satisfaction with the body and privilege you were given dictate what I do with my body?

You’re probably not listening. You heard me say “puberty” and you’re still working on your shitty blogpost about me wanting to use the “Teen” section of the local library or do heroin on the baby-changing station table in women’s restrooms—whatever it is you think we do in bathrooms other than stare at toilet tissue and wonder if we need to wipe again.

See? I’m just like you. An anxious, terrified ape confronted with the ubiquitous unfairness of having a body and trying to make the best of a raw deal.

Or: I could be like you, if you’d stop obsessing over my genitals. Because that’s not a pursuit we share. If we were to stack up all of the things about my body I obsess about, like a delicious La Jolle crab cake, my cock would be at the very bottom of that list. You want to attack a trans woman’s narcissism? Go after my haircut, my nail polish, the angle of my neckline—all of this has exponentially more thought behind it than my cock and what other people think of it.

I finally bit the bullet, and bought health insurance for myself (with government assistance), to the tune of $400 a month. I think I can afford this: other people in my situation can’t. But that insurance doesn’t guarantee I won’t be stonewalled at every step trying to get back on the hormones my body and mind desperately need.

In terms of my impending mental collapse, the third time may have been the charm.

Better buy a mouth-guard. Just in case. I hope they have one in sea-foam.