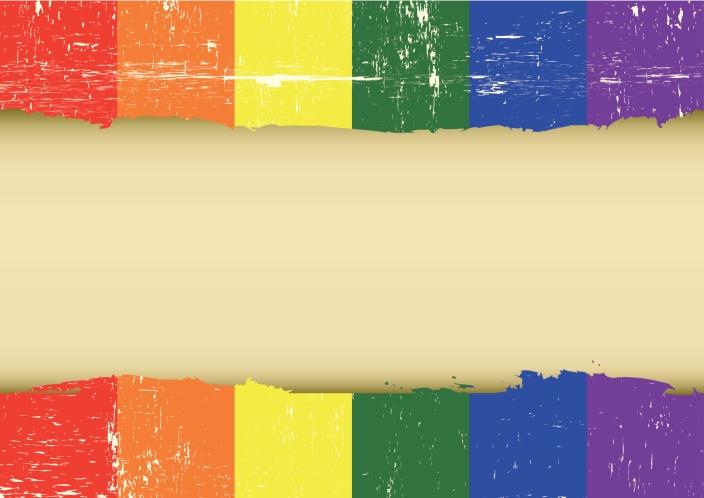 As we fight to make sure that America finds itself on the right side of history, we must also work to create a society in which one of the fundamental duties of American citizenship is candor in articulating one’s opinions.

To understand why public trust in our government and political parties has reached historic lows, simply look at the latest maneuver by social conservatives to squelch gay rights. True, it seems self-evident that supporting discrimination is always despicable, regardless of whether it’s based on differences in race, religion, gender, or sexual orientation. That said, like everyone else, bigots deserve a fair hearing for their views . . . provided that they are upfront about their objectives. When they aren’t honest about their goals, however, they need to be called out not only on their prejudices, but on their lack of a quality that doesn’t get mentioned a lot these days:

37 states have legalized gay marriage since the start of the century, with courts and legislatures throughout the country advancing the cause of LGBTQIA civil rights in numerous other ways during this same period. Since this has been at least partially fueled by a dramatic shift in popular attitudes toward homosexuality and gay rights in general, it has become increasingly difficult for politicians who advocate sexual inequality to directly argue for their cause. Indeed, when Arizona passed a controversial bill last year that would have allowed businesses to discriminate against homosexuals, their staunchly right-wing governor vetoed it amidst enormous public pressure, much of it coming from moderate Republicans. Thus forced to choose between honestly standing by their convictions despite the likelihood of defeat or stooping to dishonorable and underhanded tactics, the anti-gay rights leadership is now moving en masse toward the latter.

I turn now to a recent article by Matt Baume of The Huffington Post, who explains:

"Most states allow discrimination on the basis of sexual orientation and gender expression. In those states, some towns have filled in that civil rights loophole by passing more inclusive nondiscrimination laws at the local level. But now, the homophobes have realized that they can pass state laws that make it illegal for those towns to add protections for new groups."

Arkansas has already passed a law accomplishing this (SB202), and West Virginia and Texas are considering similar bills of their own (HB2881 and SB343, respectively). The ideological justification behind these measures is a masterpiece of disingenuousness, criminalizing efforts to protect people from discrimination by arguing that they are only protecting the religious freedoms of those whose personal morality disapproves of homosexuality. By spinning the main practical effect of these laws—i.e., an increase in anti-LGBTQIA persecution—as an incidental by-product rather than their primary (and arguably sole) reason for existing, the homophobes have found a deviously sneaky way of having their cake and eating it too. Strategically, they are aping the logic of the five conservative judges who ruled in favor of Hobby Lobby in last year’s Supreme Court ruling on Obamacare’s contraception mandate; morally, however, they are following in the footsteps of oppressors throughout American history, the kind of people Abraham Lincoln characterized thusly when he ran for reelection in 1864:

"The shepherd drives the wolf from the sheep’s throat, for which the sheep thanks the shepherd as a liberator, while the wolf denounces him for the same act as the destroyer of liberty, especially as the sheep was a black one. Plainly the sheep and the wolf are not agreed upon a definition of the word liberty . . . "

The chief difference between Lincoln’s era and our own, of course, is that overt expressions of bigotry weren’t stigmatized to nearly the same extent in the days of the Great Emancipator’s presidency (indeed, Lincoln himself held opinions that would be considered racist today). While some defenders of slavery attempted to gild their agenda in lofty philosophical oratory or rationalized it as a pragmatic necessity, plenty of political leaders and opinion-makers were happy to preach the doctrines of white supremacy, whether grounded in religious dogma or pseudo-scientific/sociological theorizing (or both). It took a while for their number to dwindle, but by the time President Lyndon Johnson pushed America’s landmark civil rights measures through Congress—and, just as importantly, was elected to a term of his own in 1964 by the largest popular majority of all time thanks in part to his willingness to describe Republican nominee Barry Goldwater as a racist for opposing that year’s civil rights bill—overt expressions of racial prejudice had been effectively marginalized.

As denizens of the last half century can attest, however, making racism taboo did not eliminate racism so much as it forced it to speak in code. After third-party candidate George Wallace won more than 13% of the popular vote in the 1968 presidential election through covert appeals to white racial resentment, Republican presidents Richard Nixon and Ronald Reagan adopted more palatable versions of his rhetoric in order to gradually transform the party of Lincoln into a safe haven for opponents of all post-1960s civil rights measures for racial minorities. Because they weren’t widely called out on their dishonorable conduct at the time, it has become that much harder to point out the racist underpinnings of their agenda even in the era that elected America’s first black president. To make sure that the enemies of gay rights don’t benefit from the same tactic today, it behooves all good citizens to demand the following:

Any politician or prominent opinion-maker who supports a measure (legislative, executive, and/or judicial) that clearly exists to discriminate against the LGBTQIA community should be expected to directly state that as their motive. When he or she fails to do so, every socially conscious citizen of good faith—liberal, moderate, and conservative alike—must call them out on their dishonor.

If this is done on a wide enough scale, this would have several salutary effects. The most immediate is that it would force the sinister agenda of the anti-gay movement into the clear light of day, where it would have to withstand the scrutiny of a populace that will judge their views on their own merits. Beyond that, it would create a climate in which the concept of honor regains some of its lost relevance. Believe it or not, there was a brief period when partisan rancor actually died away in America (not including George Washington’s two terms, a quaint time when America had yet to create its own formal political parties). This brief oasis of non-partisanship was the presidency of James Monroe (1817-1825), which was aptly dubbed the “Era of Good Feelings.” While there are a number of reasons why Monroe’s administration proved so propitious for national harmony (foremost among them being the collapse of the Federalist Party shortly after Monroe’s election in 1816), I suspect part of it was the emphasis on honor in our culture at the time. As Monroe himself put it, “National honor is the national property of the highest value.”

There is much at stake in the battle for gay rights, from the need to guarantee the civil liberties of long-oppressed minority groups to the preservation of the principle of separating church and state that Thomas Jefferson recognized was crucial to freedom. As we fight to make sure that America finds itself on the right side of history in these battles, we must also work to create a society in which one of the fundamental duties of American citizenship is candor in articulating one’s opinions. If we fail to do that, we will be left with perhaps the most powerful reason of all to hold the political institutions we once revered in cordial contempt.

If you like this article, please share it! Your clicks keep us alive!
Tags
lgbtqi
LGBTQ
homophobia
Politics
good men project