Ask Momma Bare: Do I Have To Shave? 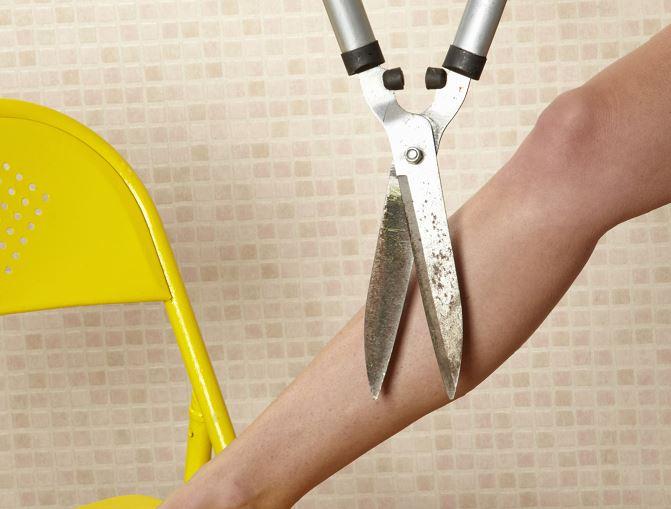 If you decide pit or leg hair isn't a big deal, then bam! It's not a big deal.

I don't like shaving my armpits or my legs. Why is this such a big deal? Would people think it was gross if I stopped? Do men think it's ugly?

This is a great question and one I have considered in regards to myself.

What does the presence (or absence) of armpit/leg/facial/body hair say about you? Are you a hippie? Are you lazy? Are you some crazy feminist who throws pie in the face of internalized misogyny? 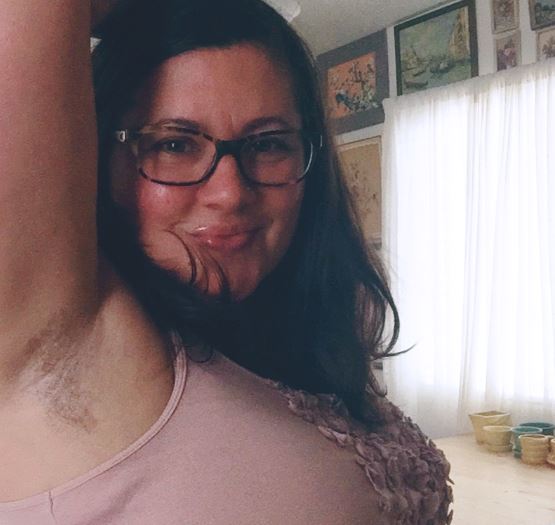 What you can tell from that photo:

-I have armpit hair.

-I am not wearing makeup.

-I am wearing glasses.

-I have an aqua dining room chair.

-My boobs are big.

What you are unable to tell from that photo:

-I am hungry. In fact, my stomach was growling when I took that picture.

-I am a heterosexual. I think any variety of sexuality is okay, provided no one is being hurt.

-I am a feminist.

-I have five kids. I am still a feminist.

-I left my career to take care of my kids. Yep. Still a feminist.

-I just finished encapsulating a placenta (it belonged my one of my best friends).

-I encapsulated her previous placenta as well.

-My house smells like said placenta and the cinnamon stick I simmered to cover the smell. I call the scent "cinna-centa." It's unmarketable, though, because you'd really need a lot of cinnamon. And placentas.

-I have PMS. Pretty sure I'm going to start my period tomorrow. Ask my family.

-I don't wear deodorant. Thankfully the cinna-centa is covering my armpit scenta.

-I'm making refried beans and Mexican rice for dinner. I am not of Mexican/Latin/South American/Spanish descent. I'm German, but rice and beans are good.

-When I finish writing this, I'm having a huge Crispin cider. Huge.

-I am really mad at Shonda Rhimes right now. REALLY MAD. Because, really Shonda? Did he have to die?!

As you can see, you can't really tell that much about a person simply by looking at them.

I don't shave my underarms because I don't like the feeling of poking hair and ingrown hair hurts.

I do shave my legs because, oddly, I don't like pokey hair and my leg hair is pokey, even when long.

I don't shave my bikini line because, again, ingrown hair.

If you don't want to shave any part of your body, do not. Why is it a big deal, you ask? Well mostly because we only see women without hair. What if we only saw men without hair? Then it would be weird if they were hairy. It wouldn't be a political statement, though, because everyone seems to not notice the grooming habits of men. Unless they have a beard. Because beards are "hot" again. (And man buns, too. Speaking of which: when I put my hair in a bun, it's because I either A) didn't wash it or B) am too lazy to do anything to it. Great idea: Let's make that "hot.")

Would people think it was gross if you stopped shaving? Maybe. Probably. Do you care? I strongly advise you to get to a place in your life where you don't give one single shit about what other people think. Then when someone is like, "Ew. You don't shave? That's gross." You can be like, "Oh. You're a superficial jerk? That's unfortunate."

In love and cake,

If you like this article, please share it! Your clicks keep us alive!
Tags
shaving
shave
armpit hair
leg hair
advice
momma bare