The Ashley Madison scandal points a finger at the wrong people.

When the news broke yesterday that Ashley Madison — the cheater's dating site — fell prey to a hack, I felt a twinge of panic . . . and then let out a sigh of relief.

The panic is because I went on Ashley Madison as a cheater.

I entered into many-an-illicit chat session with women who wanted to hook-up — both emotionally and physically. I received nude photos from some women, descriptions of sexual acts they wanted to perform on/with/for me, and eventually went on dates with the women with whom I connected.

The relief I felt is because, thankfully — I was undercover as a "cheating husband," investigating the real-world reasons why women cheat . . . and the entire effort was with my wife's knowledge and consent. Regardless, I still felt my heart skip when I read the news about the site hack.

My wife knew what I was doing, but I didn't give her all the details of all the chat sessions.

Even though it was for research purposes and I didn't cheat, it was very difficult for me to share everything with her. I didn't hide, but I didn't get into detail. It was uncomfortable for me, and in retrospect that is probably part of why she and I fought so terribly during my investigation on Ashley Madison.

But the hack got me thinking: I'm aware of the inappropriate content of my chat sessions and mail messages, and thinking about how the details of those private investigative conversations could be outed to the world — to include my wife and my kids — is actually quite terrifying. What of the 37 million other cheating schmoes who are on Ashley Madison for real? What of their chat sessions and nude selfies and sexual requests for God-knows-what?

It brings up a very important point: Nothing is private. Not online. Not now. Not anymore.

Websites and companies feed the standard consumer marketing headlines, official-sounding Terms of Service, and über-confusing legalese that gives us a false sense of security — luring us into thinking that if we have a complicated password (or lock down our account, or put posts in a private area in the cloud), then we're safe. But in truth, nothing online is safe.

No matter what any site guarantees, if you post it … it's out there. You might as well be standing on a hilltop screaming whatever you just posted — or drank, or smoked, or did in a dungeon with three other people and a photographer wearing a panda suit.

In truth, these cheaters on Ashely Madison should have known better, as this is hardly the first time information regarding private communications and activities were illegally obtained. Facebook and email accounts are arbitrarily hacked on  a regular basis (both of which are also used for extramarital affairs), Adult FriendFinder was recently hacked this past May, even the Sony hack shows that normal business communications isn't really private.

But this isn't just an issue of cyber security, where credit cards and private financial information are simply stolen and later used, exploited and/or sold. We are able to cancel credit cards and protect accounts. It's just money, after all, and with fraud protection any Ashley Madison user who was a victim of the hack is relatively safe.

The real vulnerability is exposure of what these people are doing on the site — namely all the chat content, sharing of sexual and emotional wanting, and documentation of cheating physically, emotionally, or both on their spouse. The only protection in those cases is a prenuptial agreement.

But we know much of this, at least intellectually. Cheaters know what they're doing is wrong, and it's basic common sense not to share too much information, lest they risk being found out.

That anyone would throw caution to the wind and over share such private information speaks to two things:

Why Do Women Cheat? A Married Guy Goes Undercover On The Ashley Madison Adultery Website

Let Me Tell You About The Night I Accidentally Roofied Myself ...

If you like this article, please share it! Your clicks keep us alive!
Tags
Ashley Madison
infidelity
cheating
ashley madison hack
josh duggar 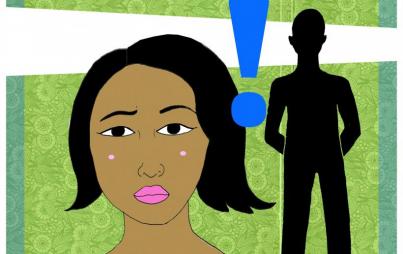 I Was Hacked On Ashley Madison, But It's YOU Who Should Feel Ashamed
Charles J. Orlando