Have Times Changed? We Never Had These Conversations Growing Up 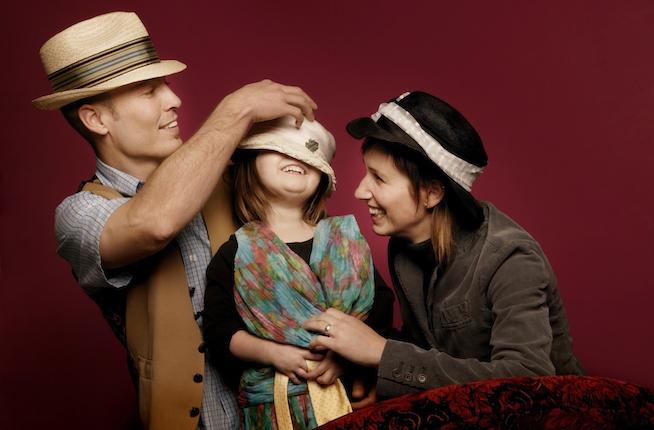 "Here's to raising a more accepting generation than our own."

How many times have you opened your mouth only to hear your parents instead? This happens to me all the time.

“Don't make me turn this car around!” Yeah, right, like I'm going back home with these crazy people.

“Because I said so.” And because I don't have a good reason but I know I'm right. So there. (I may or may not mentally stick out my tongue at them.)

And let's not even mention all the lies I tell my boys about why they can't have chocolate, the last scoop of ice cream, or some Lego kit filled with 10,000 pieces.

What I am surprised about is all of the things I say now that I know were never said when I was growing up. I consider my parents fairly liberal, but even they never had conversations like the kind we have today.

There are no boy or girl colors. “Ew, pink is a girl color!” This is a fairly common statement when you've got two boys. I calmly look at them and reply, “Says who?” Then I remind them that their favorite color is purple.

Being a girl isn't a bad thing. “Ha! He runs like a girl!” You can almost hear the record scratch when that one slips. Run like a girl like Katherine Switzer, who won the NYC marathon in 1974, or like Jackie Joyner-Kersee who won gold, silver, and bronze medals in the Olympics? Hell, I wish I ran like a girl.

It's OK for boys to cry. I fight the urge to tell my kids, “Keep crying and I'll give you something to cry about.” I didn't even know what it meant as a kid, and I'm still not sure now. I also fight the old adage that boys don't cry. Instead, I let them know it's OK to be sad, scared, or angry and to show your emotions through tears. Whining, on the other hand is so not OK.

Gay is not an insult. “He's so gay, Mom!” Sometimes I follow that with a quick, “Gay isn't an insult, so don't use it that way,” and other times I ask, “Oh, he likes boys?” When the oldest looks horrified, I remind him that being gay is OK and that it's never OK to use it as an insult. Apparently, as a kid, I was an odd one. Whenever I heard the “He/She/That's so gay” insult, I always laughed to myself because I realized no one ever understood they were calling that person “happy.” Yeah, I was weird.

Retarded is not an insult. Ditto on using “retarded” as an insult or a quick jibe. We used it back in the day, sadly, and it's still floating around today. No matter how many times I've said it's not a nice word, the lesson didn't hit home for my oldest until he met someone with a developmental disability. I never heard him use it again.

Yes, you can pierce your ears — when you're older. Girls aren't being forced to pierce their ears as babies anymore. At the same time, I've seen little boys as young as five with both ears pierced. At least we seem to have moved on from the phenomenon of our childhood, which said that if a boy pierced his left ear, he was gay. Or was it the right ear? I never could keep that straight. Uh, no pun intended.

Boys can play with dolls. I feel like I'm the only person in my Facebook feed who didn't freak out that Target no longer identifies toys by gender. Boys have been playing with dolls for decades — we simply called them action figures. No, my boys don't want to play with Barbie dolls. But if they want to, they can. I say we should all be a little bit more like this dad.

Sometimes I open my mouth, and both my parents are right there. Sometimes, though, I know some things just weren't said. No complaints about my childhood. It's just a brand new day. Here's to raising a more accepting generation than our own.

If you like this article, please share it! Your clicks keep us alive!
Tags
parenting
funny things parents say