Lesson Learned: Why I'm No Longer Sharing My Boyfriend On Social Media 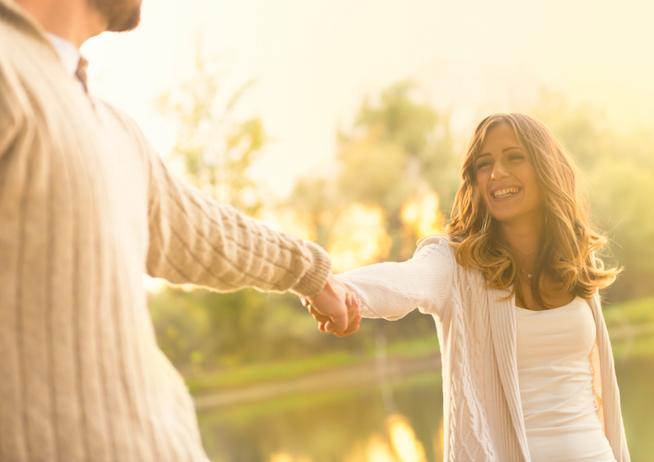 I started sleeping with Christopher*, my partner in emotional infidelity that contributed to breaking up my marriage, my good friend of 10 years, my second boyfriend and first make-out I ever experienced, the very day that I left my husband.

In the past four months, I’ve undergone a veritable dating hurricane. I ran out on my 10-month-old marriage in August. I texted my decision and departure to my closest friends, live-tweeted my flight from upstate New York to the New Hampshire seacoast, and have written extensively and publicly about separation, my estranged husband, and the terrors of emotional pain ever since.

I went on Tinder once I arrived home. It may have been a distraction from my pain, a way of running from the severity of my separation, but I soon met a guy that seemed promising, and spent a week and five dates in a blissful state of kissing, talking, sex, and walking on the beach with tequila drinks. I Snapchatted my dear friend in Wales all the details, and texted the rest. I remember composing tweets referencing breakfast in bed, being over-tired, and perhaps late-night walks in Prescott Park — unfortunately, my Twitter feed doesn’t go back far enough to see the mushy specifics; however, I was able to find that I referenced Tinder Guy in three blog posts and one published article.

I started sleeping with Christopher*, my partner in emotional infidelity that contributed to breaking up my marriage, my good friend of 10 years, my second boyfriend and first make-out I ever experienced, the very day that I left my husband. I used him first for sex, then for sex and “the boyfriend experience” (his words) for three months before we exchanged “I love you"s. We have 16 mutual Facebook friends: Some from freshman year of college, some of whom were my friends first, but four I met exclusively through going out with him. I have written extensively about him, in journals, on my blog, and for this very publication. I’ve mentioned him (@ and everything) on Twitter, using words like “love” and emojis like the kissy-heart face. I’ve taken photos of him for my Instagram, and referenced visiting him in Facebook statuses.

The point is that my dalliances, relationships, and heartbreaks have all been highly publicized. I’ve given my heart and all its ups, downs, twists, and turns to my Facebook friends, Twitter and Instagram followers, and blog and publication readers, and I have written what I thought was at least semi-permanent truth only to have it slip out from under me in days or weeks and become something else entirely.

Looking through my writing, including my social media and text messages, over the past several months is difficult and embarrassing. Every time I’ve put something out into the public eye, I was so sure of my certainty. I was sure that leaving my husband was a good decision — until I began to ugly-cry on a daily or every-other-daily basis. I was sure that I was ready to start dating nearly immediately after leaving my husband — until I got a week into dating Tinder Guy and broke down on the floor of his bedroom in the middle of sex. I was sure that dating Christopher would alleviate all of my sorrows — until I realized that having someone to hold your hand doesn’t keep you from experiencing that breakdown or any others in the future.

But I put the weight of my word behind every text message, every Snapchat, every Facebook status, tweet, and piece of writing, ever so sure that I could find a permanent emotional state amidst the turmoil of separation and divorce.

Now, I’m learning the difference between writing about and writing through. Until now, I’ve focused solely on the former, documenting my emotional and romantic states almost journalistically, as if either one could be described as permanent fact. Today, I woke up remembering that I believe in impermanence, in the ever-changing nature of the world, and that perhaps it is a disservice to my waffling, wandering life to define it as anything less than a compendium of possibilities.

These are simply some of the possibilities. There are infinite others, and I intend to recognize each of them as they come and give them equal pondering time. But I can say that I hope to keep my heart off my social media sleeve for a while. I intend to explore my possibilities without trying to turn them into certainties. I will take my pain and my passions and write them with nuance and a finely tuned eye, trying not to declare when instead I can explore.

To put it simply: I’m not sharing my boyfriends, at least not in the way I once did. Some things are too precious, too fragile, and too uncertain to put confidently down in text.

If you like this article, please share it! Your clicks keep us alive!
Tags
dating
divorce
infidelity
social media
divorce advice