My Daughter’s Tragic Journey: My Heartbreak And Guilt 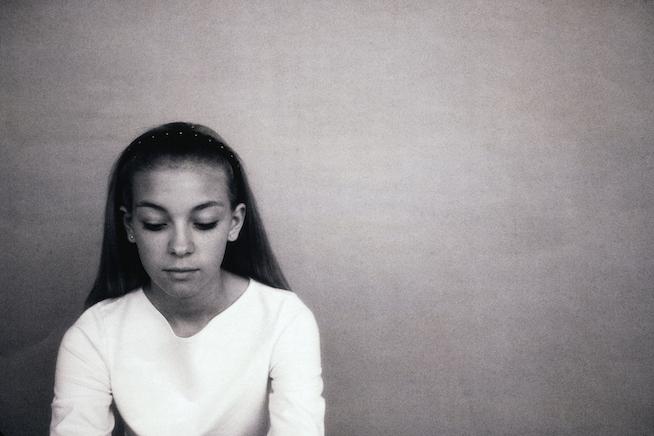 The forgotten children of foster care.

A child is moved from an abusive home to a stable and loving one, only to be taken back again. Unfortunately, this happens all too often.

Sydney was only seven years of age and basically taking care of herself when she joined our family upon being placed into foster care. Living with her severely alcoholic grandmother, the little girl had to find and prepare her own food each morning and evening, usually consisting of frozen hot dogs warmed in the microwave. Along with this, the parent-less child, whose mother and father were both missing, was also responsible for getting herself ready for school each day.

As a result, she often missed catching the bus each morning, and had a large amount of absences, resulting in her performing at a severely poor level, academically. When the seven-year-old arrived in our home, she had very little academic skills, so much so that she could not even write her own name. Her behavior in school was also a challenge, often resulting in meeting with the school principal and myself.

Though Sydney’s stay in our home was one filled with many challenges, she had become a valued member of our family during the year and a half she lived with us. She was our daughter, and we loved her. There was no difference between our biological children and Sydney; no labels. All were loved the same.

Then two days before Christmas one year, Sydney left our home and family and moved to a nearby state, as her aunt and uncle had adopted her.

I had great reservations and concern regarding this, as she had only met the couple one time beforehand. Despite my many pleas to the caseworker to have the young child to stay with our family until after Christmas, Sydney instead went to live with the family she hardly knew, spending a Christmas with strangers instead of a family she had lived with and who had loved her for nearly twenty months. It was a time of much sadness and tears in our home, as we all grieved the loss of this special child in our homes.

For years, we heard nothing from Sydney, though we prayed for her frequently. Then four years after she had moved from our home, we received a phone call from her one evening.

Picking up the phone that evening, I was met with a familiar voice, asking, “Daddy, I want to come home.” Instantly recognizing her voice, I was thrilled to speak with her, and both Kelly and I were overjoyed to finally make contact with her. She had been placed into yet another foster home, and in another state, her third, after being bounced from home to home for two years. Speaking to her foster mother at the time of the call, Kelly had found that Sydney had run away from her foster home on occasion, had been in trouble a considerable amount, and had simply become difficult to live with.

Both my wife and I were stunned that Sydney had called us, and had referred to us as the only “Mommy” and “Daddy” in her life. As we were traveling to Australia the next day for three weeks to visit Kelly’s mother, we informed Sydney’s foster mother that we would call her back when we returned.

Sadly, when we arrived back in the United States, Sydney had already been moved to a group home for foster children, a modern day orphanage of sorts. The foster mother who had only weeks before taken Sydney into her home told Kelly upon our return that the now teenage girl had become so disruptive, so undisciplined that she was almost un-adoptable. As she did not know the name or location of the group home our former daughter of 20 months had been placed in, we were unable to locate her. Despite attempts over and over again by both Kelly and I to locate Sydney, through searches on the Internet, calling up various child welfare agencies in three different states, we met with failure after failure. To be sure, she would probably cause us a great deal of difficulties, but we felt strongly that we needed to contact her, to let her know that she was thought of, that she was loved, she mattered, and that she was still part of our family. Yet, Sydney was once again lost to us, leaving Kelly and I in grief, once more.

Recently, I received a message that she had been located. Five years of looking for her, searching for her, wanting to tell her that she is important, that she is cared for, and that she is loved, I was informed that she was located in a children’s state mental health facility. The first 10 minutes of the phone call I spent with her, I could not hold back the tears. The years of searching for her, only to find her in such a state was surely a mixture of both happiness and grief for me. Raped, abandoned, moved from home to home, Sydney had lived a life of horror, leaving her in a state of great trauma and anxieties.

My wife and I have visited her often, in the mental health hospital in the nearby state. The adults in her life have failed her. The system has failed her. A part of me feels that I have failed her. Where do I go from here? Do we adopt her, and bring this now 18-year-old into our home, with the other eight children we have from adoption, foster care, and my own biological children? Yet, I do not believe Sydney would be able to function in such a family setting due to the many anxieties she suffers from. Do I try and have her moved to our state, into a residential group home for girls? The rules, regulations, paperwork, and red tape between the states and between the foster care system sadly makes that very difficult, indeed.

But she is still suffering. And my heart is still broken.

If you like this article, please share it! Your clicks keep us alive!
Tags
parenting
foster care
foster kids