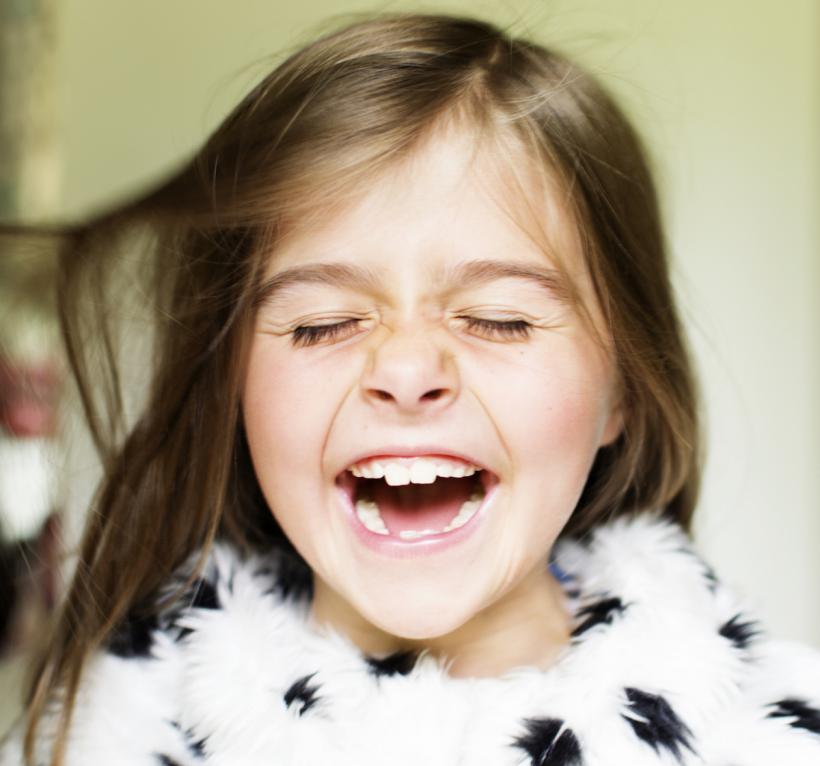 As horrible as it may sound, raising sarcastic kids might not be such a bad thing.

“Sarcasm is related to our ability to understand other people’s mental state. It’s not just a linguistic form, it’s also related to social cognition.”

If you asked my husband to choose a word that best describes my personality, he would say that I’m sarcastic. But I would say he’s the same too, as it’s one of the reasons why I fell hard for him. He has this unique ability to be upset, happy, and not amused all in one sentence, and it comes out pretty poetic too. We have the kind of love that would fill a Pinterest board of sarcastic quotes, I tell ya.

But we’re not the only ones who like to tell a joke that leaves people wondering where the next exit is. My father has the kind of talent where he can tell a sarcastic joke undetected with a straight face, and my 75-year-old aunt is the queen of sarcasm when it comes to saying off-the-wall things.

When it comes to the rest of the family, telling a joke is like walking through a land mine. They just don’t get ’em.

Except for my kids, that is.

Recently, I’ve noticed that my children have inherited a sarcasm detector that would make mad scientist Professor Frink from The Simpsons quite impressed. They notice whenever I make a snarky comment, and sometimes will even make their own sarcastic jokes that’d have Ricky Gervais rolling in laughter. Sometimes they target us in their jokes, while other times they say them to each other.

And as horrible as it may sound, raising sarcastic kids might not be such a bad thing, either.

According to The Smithsonian Magazine, children understand sarcasm by the age of 5, and those who show the inability to understand it may be showing early warning signs of a brain disease. Apparently, sarcasm seems to exercise the brain more than sincere statements do, as it works to make our brains sharper. Studies also show that sarcastic people are better at recognizing emotions and understanding social cues.

So does this mean sarcastic kids are actually smarter than their peers? Actually, it does.

Dr. Shamay-Tsoory, a psychologist at the Rambam Medical Centre in Haifa and the University of Haifa, said, “Sarcasm is related to our ability to understand other people’s mental state. It’s not just a linguistic form, it’s also related to social cognition.”

While this is great news for me, I have to admit that sarcasm has also gotten me into major trouble in the past. Some of my jokes have been mistranslated into gentle insults that have hurt a lot of people’s feelings, especially those who simply don’t get it. I’ve written things that have gone over a few people’s heads and have had to explain myself one too many times. I’ve lost friends, angered family members, and told jokes that no one laughed at, leaving me the color of a ripe tomato. There’s no fun in telling a joke that people simply don’t get, or worse, that make them cry.

According to author Paul Coughlin, who wrote “Parental Sarcasm Is No Joke,” raising sarcastic children can have its pitfalls, too. Whereas there’s no harm in telling a witty joke, sarcasm can sometimes belittle and bully. There’s also the fear that you can end up raising children who turn into self-righteous or arrogant people that turn genuine or direct statements into ironic or mocking ones.

“Parental sarcasm is often a hiding place for undisclosed anger, annoyance, even jealousy. It provides parents the dishonest opportunity to wound without looking like they’re wounding; they can later fall back on the age-old cop-out, ‘I didn’t mean it. Can’t you take a joke?’ Sarcasm favors parents, who are much more proficient at using it than children. Because of this unequal power, parental sarcasm can be a form of bullying.”

I won’t lie that being brought up by a sarcastic father forced me to be mentally tough and not take any of his statements at face value. But with the thousands of jokes he told (that were sometimes at other people’s expense), the comments that he made that were genuine and sincere do stand out in the core memories of my childhood. Weird, isn’t it? He never apologized for the (sometimes hurtful) things he said, but they did help me decipher sarcasm almost immediately as an adult. It also helped thicken my skin, which helped shield me from the highly emotional world that could have easily ruined me.

Going back to my own kids, I don’t mind them being sarcastic (because that would make me a hypocrite), but I want them to understand it can be a destructive trait to have if you don’t use it the right way. In other words: be sarcastic, but sensitive, too.

If you like this article, please share it! Your clicks keep us alive!
Tags
parenting
sarcasm
sarcastic kids