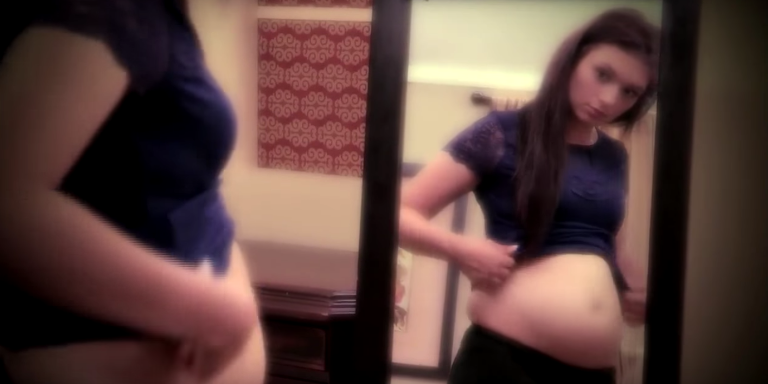 When I was about six years old, I became convinced that somebody was poisoning my family’s food. Ask me who and I couldn’t tell you, but I was sure of it. And the only thing I could do to prevent my entire family from dying was pray.

No, really. There was a specific prayer. It was around ten minutes long and it had to be recited word-for-word or else everyone would die, right there at the kitchen table. There was also a prayer for bedtime that kept us safe from impending nuclear warfare. Sometimes I’d fall asleep saying that one and wake up in a panic, rushing to say it perfectly, satisfy the whims of God, and live to see the next morning.

It’s all very embarrassing now, but at the time I could not be convinced otherwise.

This is called scrupulosity, a form of OCD that preys on religious ritual. To people on the outside, it looks ridiculous. Crazy, even. But to me, it was so real. Painfully real. So real that I have tears in my eyes remembering how it felt to be so small and helpless and filled with a fear that nobody could talk me out of. And the worst part was that to most people, it was funny.

Remembering that part of my life makes me feel like a walking, talking Monk episode. Sometimes I try to play it off for laughs because I worry people are laughing anyway. But it isn’t funny. It's my life, and I'm a real person. Mentally ill people are real, even if they have a hard time grasping what is "real" and what is not.

Which is why my heart sank the moment I saw the latest Dr. Phil promos: “Teen Claims She’s 9 Months Pregnant With Baby Jesus — What Does An Ultrasound Reveal?”

Chances are, Dr Phil knows full-well what an ultrasound will reveal, but he decided to have her on the show anyway. I mean, look at that headline! It’s just about impossible not to click on it and take a look at this delusional woman who’s certain that she’s carrying the Messiah.

She also believes that Eminem is her dad, that she has competed on American Idol, and that she was diagnosed as paranoid schizophrenic in rehab. Dr. Phil found no such diagnosis in her medical records, though he does make it a point to add that “I’m not saying it’s wrong; I’m just saying it’s not written down.” How helpful.

The general consensus is that the whole thing is “hilarious.”

I don’t know Haley. I don’t know what her life is like or if she’s a very nice person. The videos online certainly don’t make her look like a nice person, but I think that says a whole lot more about Dr. Phil than it does about her. What I do know is that what’s happening to Haley is not a joke. It’s not something to be passed around on Facebook profiles and laughed at. It’s not something to feature on a daytime talk show masquerading as a legitimate medical resource.

I’m no doctor, but I’m pretty sure that subjecting someone to relentless online bullying is not a super great way to treat paranoid delusions. It sure makes for great ratings, though.

If you like this article, please share it! Your clicks keep us alive!
Tags
mental illness
mental health
news
pregnancy
OCD
schizophrenia
paranoia