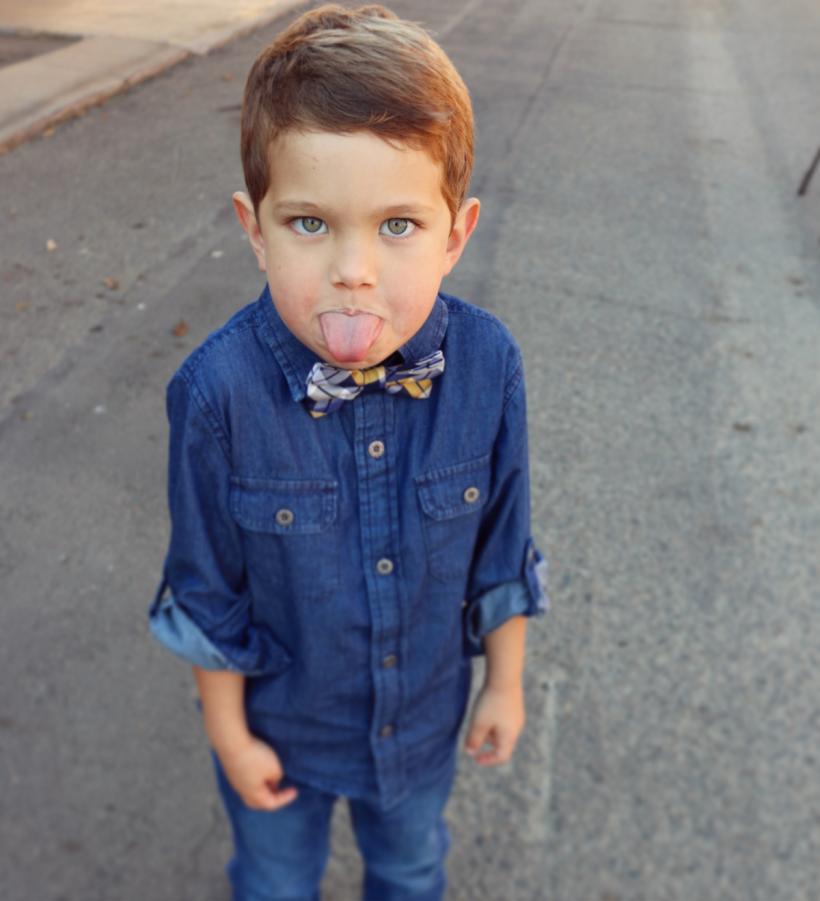 They are never too young to understand just how much stuff they have, and how little stuff other people have.

It's that time of year again, the time to celebrate the wonder of the holiday season, to bathe in the light of the love of your family and friends, time to hear the gleeful sound of carolers in the cold winter night, and also the less gleeful sound of some spoiled rotten kids begging for every toy they set their greedy eyes on.

And so are our kids. We eat, sleep and breathe capitalism, and maybe some folks will argue that’s the American dream or whatever. We've earned the right (and the cash) to be as greedy as we’d like. But I’m kind of a socialist, and I really loathe rotten kids who cry when they don’t get a toy, alas here we are. If you’re like me, this article is for you. If you’re not, then I guess, bye?

1. Stop giving them so damn many choices.

My great-grandmother was an adult living in the Dust Bowl during the Great Depression which means she stored her glasses upside down so they wouldn’t fill up with dirt, she watched her cows die, and she ate beans. Like every day. Just beans. Not black beans or pinto beans or navy beans, just what the hell ever beans she could get her hands on.

As an old lady, she totally hoarded Oreos, but she was never a greedy capitalist. She’d share those stale Oreos with anyone. Why? Because beans. Not a choice of beans. Just beans.

2. Make them wait for some shit.

I call this phenom “Fast Food Mentality,” and it applies even if you don’t frequent the golden arches. There are pancakes you can PUT IN THE MICROWAVE. Like you can have breakfast in 30 seconds. Guess what happens when you give your kids breakfast in 30 seconds? They ALWAYS WANT FOOD IN 30 SECONDS. If you don’t believe me, go ahead and get those microwave pancakes, but don’t say I didn’t warn you.

Once they’ve realized they don’t have to wait for food, they then develop the belief that they should wait for nothing.

Amazon has SAME DAY DELIVERY now. You can order some obscure shit you can’t get anywhere locally at noon and have it in your hand by 6 PM. And hey, I love Amazon. I’m not above the compulsion. I’m buying my UPS man a back brace and a bottle of Advil for Christmas, and pairing them with cookies and a Rockstar — he needs all the energy he can get.

What is even happening?

Make them wait. Even if they don’t have to.

3. For every thing you buy them (even if they earn it), make them give a thing away.

They don’t need 17 dolls. They don’t need 17 of anything, except books and probably socks. Have them choose the thing they are going to give away and talk about how lucky they are to have so many things that they can give things away.

Take it a step further and have them take the thing to the place or person they are donating it to.

4. Stop buying them so much shit you guys.

The world (or at least Walmart) would have you believe the kids need every flashing, singing, pooping, crying toy there is. They don’t. Seriously. Guess what happens when they have all those things? They don’t even remember the things they have.

I know this because I just bought my fourth pair of black leggings. I’m not immune.

5. Talk about where the stuff that you are buying them is made.

Because guess what, it’s probably not America. The fact that it’s not America is okay, but the fact that it might be made by kids your kid's age is not okay. And no, they aren’t too young to hear or see that. They are not too young to know that people are suffering in other places — and often suffering to make the shit that we ordered at noon to have by 6 PM.

They are never too young to understand just how much stuff they have, and how little stuff other people have.

This is a gimme, but don’t forget it. It’s easy to get busy and do nothing. And maybe you really don’t have time to do anything. But if you’re shopping, you can shop for another child or family. You can buy blankets. You can find a soup kitchen that needs helpers. You can give a buck to a homeless person (and not try to figure out what they are going to buy with it, but just do it because you’re a nice person, even if they buy vodka with it).

And you can talk to your kids about why you are doing those things.

And hopefully, they will internalize all that and not grow up to be pricks.