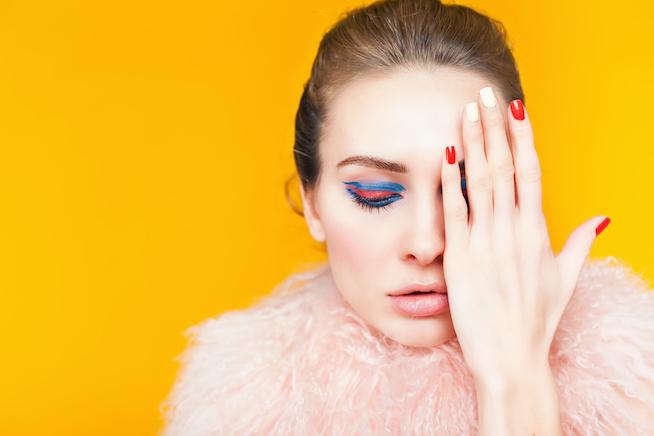 Hint: None if them are this eye shadow.

I’m pretty lucky if I wake up and don’t look like someone punched me in the face.

I have five children, a full-time work-from-home job (aka “I don’t wear pants”), a husband who is gone three days a week, two needy dogs, and a cat that horks on the stairs at least once a day. My idea of makeup is maybe moisturizer, on a good day, some lip balm, and on a really good day — by which I mean my kids are watching PBS, or TWO episodes of something ostensibly educational — I will pull out all the stops and use some skin-toned colored gloss. Let’s not be hasty.

I’m pretty lucky if I wake up and don’t look like someone punched me in the face.

BUT, all is not lost. I do have a few things in my arsenal for days like I’m having a Skype meeting (with someone other than my staff — staff does not get makeup or hair), or, say I might leave the house, or, I’m leaving the house and going to the psychiatrist and I want to prove my meds are working, and I’m not a ratty lunatic.

Here are my five must-haves. You don’t have to be the most exhausted human on the planet to enjoy these. They appear in the order I use them. You can apply them however your children/dog/cat will allow. 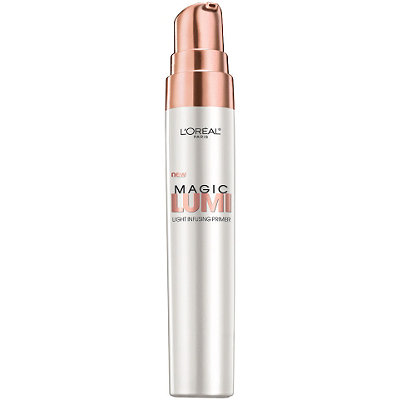 I give you my solemn vow: This will change your whole life. If you buy this you will look 10 years younger, be able to sing like Adele, and that Publisher’s Clearing House guy will show up at your door. 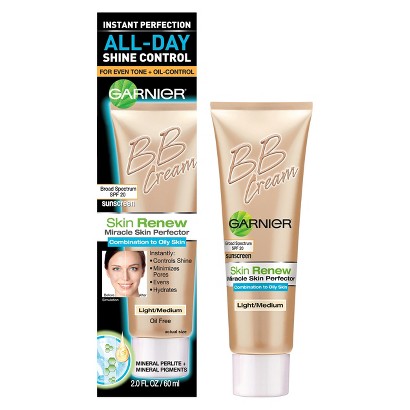 BB Whatever That Is

This is on the list because A. You don’t want skin cancer (it has SPF) and, B. You don’t have time for moisturizer and foundation.

Put it on after the Amazing Stuff has dried.

I have never worn foundation — frankly it just looks too complicated. I actually “dilute” it with some moisturizer, because even this is too heavy for my OCD skin situation.

This stuff is really good. You will probably not get cancer, and also you can cover some of your age spots. 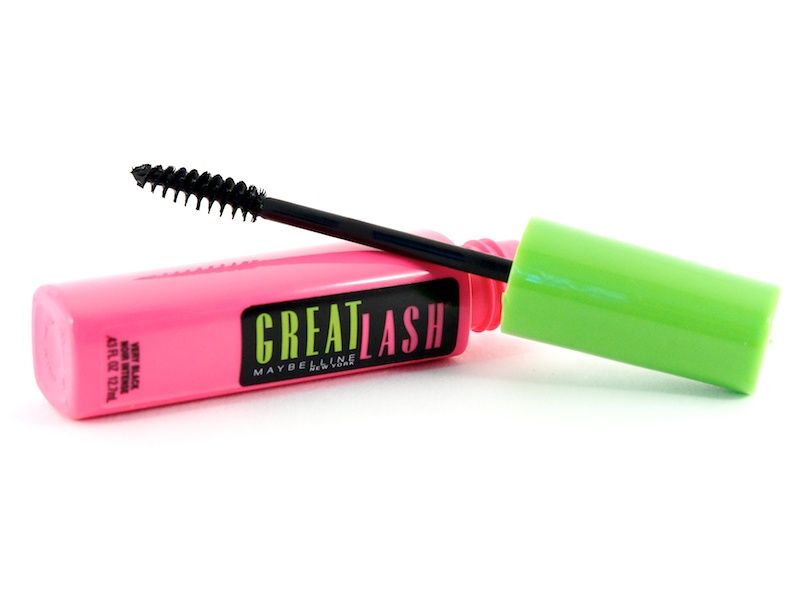 If you haven’t heard this one million times, let me be the one to tell you yet again. Great Lash Mascara is the Mascara to Rule Them All. 1. It is the blackest of all mascara ever (I know this because the make-up artist at Rachael Ray told me, and she would not lie). 2. Pretty much all the other mascaras want to be Great Lash.

I’m gonna give it to you straight. My eyelashes started falling out when I turned 38. I have $40 mascara, which I purchased in desperation, certain it would cause new eyelashes to appear where there was nothing but blank space. I have bought this $40 mascara repeatedly. It claims to do everything except apply itself. 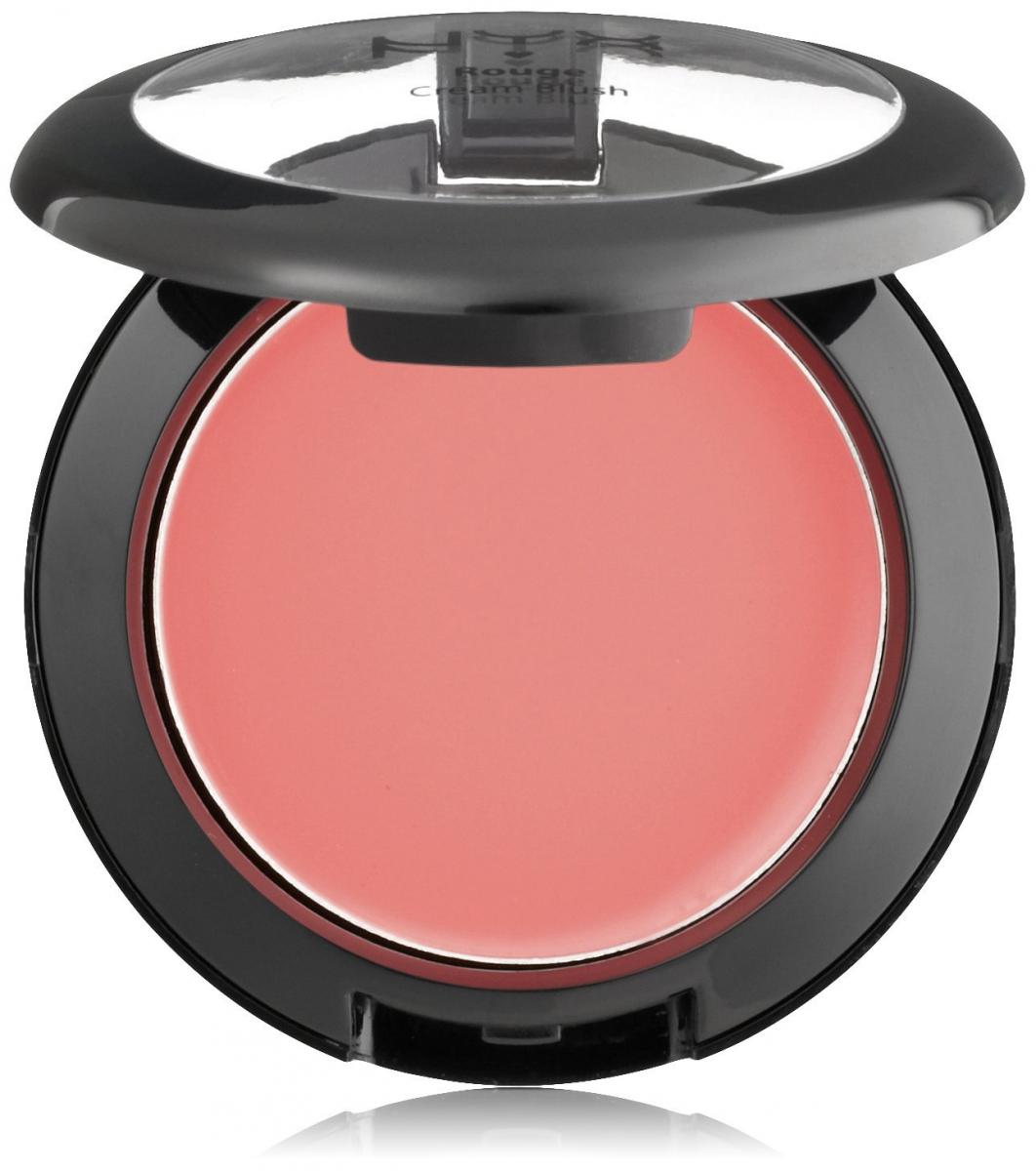 I feel like blush is probably passé. I don’t care. I don’t care because there is no better way to detract from your black eyes than to make your cheeks More Pink. I have a few cheek go-tos but this one in the cheapest. I don't know what's in it — maybe asbestos. I'm going to pretend it's colored with beet extract. This comes in a wide array of colors. At $6.99, you can probably afford two. 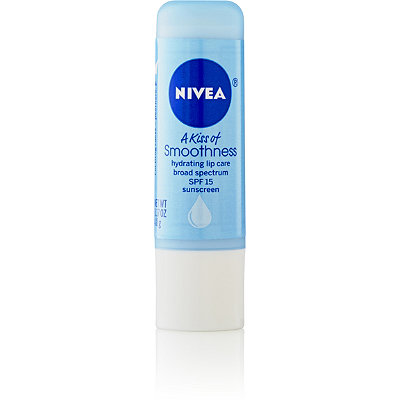 The final step in my super-complicated beauty routine: lips.

Blistex Herbal Answers is an Internet favorite. This is, like, cult-level lip balm. People sell this stuff for $10 on eBay. Buy a lot now before it’s gone. I like it OK, but it’s no Nivea.

Nivea has a special place in my heart — so I might be partial — but this stuff is the shit.

Back in the early ‘90s, I was living in Germany and Nivea was the only real skin-care product I used. The smell of Nivea lotion still reminds me of beer and that time I got a ticket for riding my bike drunk (it was the cobblestones. I stand behind that.). ANYWAY. This one is my go-to. I hear good things about the shimmery one as well but I’m not sure I can pull off shimmer on top of my freshly-slapped-pink cheeks. It’s $2.99. Buy one for the car.

Use the rest of your $10 to buy a beer. Don’t ride your bike while drunk. The end.

If you like this article, please share it! Your clicks keep us alive!
Tags
makeup
must-have
cheap
mom