8 Myths About Sexual Assault That Everyone Needs To Ditch 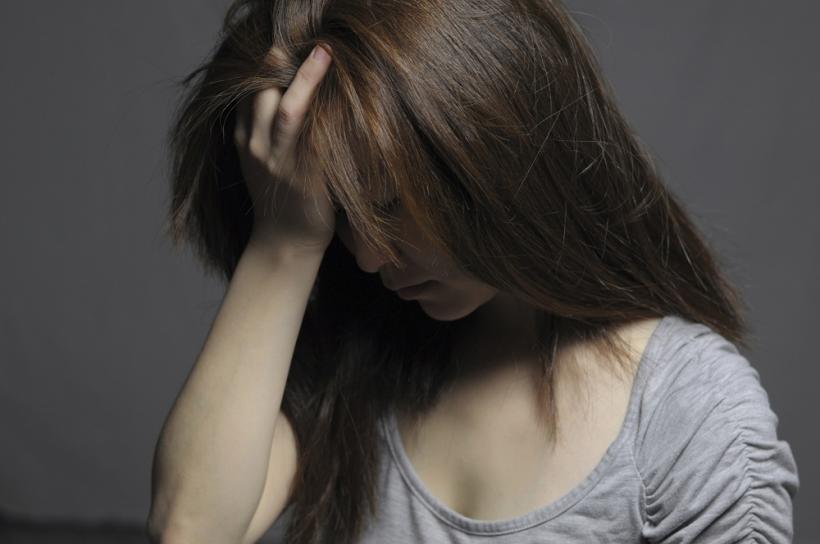 It’s time we get our facts straight. Image: Thinkstock.

Unfortunately, you probably know someone who has been sexually assaulted.

Too many survivors of these crimes struggle against myths that deny their experience — or worse, blame them for their trauma.

Here are eight myths we all need to ditch:

What’s the difference between rape and sexual assault?

To be honest, I wasn’t sure before writing this piece.

Legally, definitions vary by state. Experts usually refer to “rape” as the penetration of someone’s body without their consent. Often, rape is assumed to be with someone’s body part, but it also includes penetration with other objects as well.

Sexual assault, on the other hand, is a broader term for sexual activity that occurs without explicit consent.

Various forms of sexual assault include:

No matter what kind of act, if it’s unwanted, it’s never OK.

2. “Sexual assault is about desire.”

In the Bible, one of David’s son’s rapes his sister, Tamar. Why? He was desperately in love with her. The insinuation is that he was so obsessed with her that he wanted to have her — at any cost.

We’ve been telling ourselves for millennia that the problem in sexual assault is just natural urges getting out of hand.

However, this narrative masks what’s really happening: an assertion of power.

Studies have shown that sexual assault is often planned, such as drugging someone at the beginning of a party or pressuring them to drink too much.

Rape is also used as a tool of war. During the Bosnian War of the early 1990’s, Serbs systemically raped Muslim women and girls as part of their ethnic cleansing. Whether in a specific relationship or on a regional scale, sexual assault is a brutal way to overpower and control.

It’s easy to imagine assault as one person physically overpowering another. However, that’s just one of many ways abusers coerce people into having unwanted sex. Other tactics include:

While we most often hear about drugs and alcohol, there are various ways people are pressured into having sex when they don’t want to.

Whether or not an assailant uses physical force — if it’s not consensual, it’s sexual assault.

4. “Most sexual assaults are committed by strangers in alleys.”

I won’t lie: I get nervous walking alone at night. If I’m out dancing with friends, I can be pretty wary of the men around us.

Yet my ‘stranger danger’ mentality isn’t backed-up by statistics. In about 80% of rapes in the United States, survivors know their assailants. A quarter of rapes are actually within relationships where people have had consensual sex — including marriage.

Having that social connection to their rapists can increase guilt for survivors and make it more difficult for them to alert the authorities or tell friends or family.

Worse, it can increase the subtle blame when people ask why the survivor drank or went out with the perpetrator in the first place.

A straight guy isn’t attracted to other men, so why would he rape one?

This assumption erases the experience of many male victims. Men of a variety of sexual orientations are both survivors and assailants. This has been used as a weapon of war as well. In the Syrian Civil War, one former detainee reported being forced to watch another detainee being raped.

Once again, sexual assault isn’t about desire: It’s about power over another person.

6. “Once you go home with someone, you can’t just change your mind.”

This expectation can be seen in so many ways.

You’re a tease if you only want to make out. You’re being cruel if you go home with a guy and don’t sleep with him.

This implies a lot of responsibility: If you said “yes” at the beginning, you’ve said “yes” to everything.

But there’s not just one way to have sex. For instance, you could be willing to perform oral, but only with a condom. If your partner takes off their condom, you have every right to refuse to continue. If your partner pressures you to continue against your will, then that’s sexual assault.

Sex isn’t a race. You don’t have to push through to finish. If anything, consent and communication ensures that everyone involved is willing and enjoying it.

No matter what anyone else says, you always have the right to stop if you want to.

7. “Women 'cry rape' when they regret having sex.”

One sheriff claimed this just a few weeks ago in response to a bill that would make processing rape kits mandatory in Idaho. When the Stubenville rape trial ended with a guilty verdict, these were just a few of the responses on Twitter:

These responses fail to acknowledge the reality of the situation in several different ways.

The sheriff says that most of the instances of reported rape in his town are made by teen girls who are actually having consensual sex and but don't want their parents to find out. National statistics, however, show a different picture: False allegations account for 2-8% of all reported instances of rape. That range is very similar to other crimes.

Instead, most survivors never report their assaults. The Department of Justice found that less than 5% of college-age women who experienced rape or attempted rape reported it to the police.

That number drops to less than 2% for other forms of sexual assault.

Finally, the above tweets assume that when someone is drunk they can provide consent to sexual activities. In this case, the girl had passed out and they continued to assault her.

Alcohol, drugs, even intellectual disabilities have all been reasons that someone can’t give their consent. Consent isn’t just willingly agreeing, it requires reason and deliberation. It requires mental capacity.

Being black-out drunk means a person cannot consent to sex.

8. “A woman who sleeps around or dresses provocatively is 'asking for it.'”

Police asked one woman what she was wearing and doing when she tried to report being assaulted in 2014. Two years prior, 20 men were put on trial for gang raping an 11-year old girl. One defense attorney likened the 11-year old to a seductive spider: "Like the spider and the fly. Wasn't she saying, 'Come into my parlor, said the spider to the fly?'" Taylor asked.

No research supports a relationship between number of sexual partners and likelihood of being assaulted. Nor is there any research linking assault to dressing any particular way.

Perpetrators are just looking for vulnerability, someone they can control.

These are just a few of the myths surrounding sexual assault in the United States.

These myths aren’t just false — they also hurt survivors, shame them into silence and make it difficult to report their assaults.

It’s time we get our facts straight.

Why It's Really Not About You, It's Them (And Their Ego)
Katie Simpson