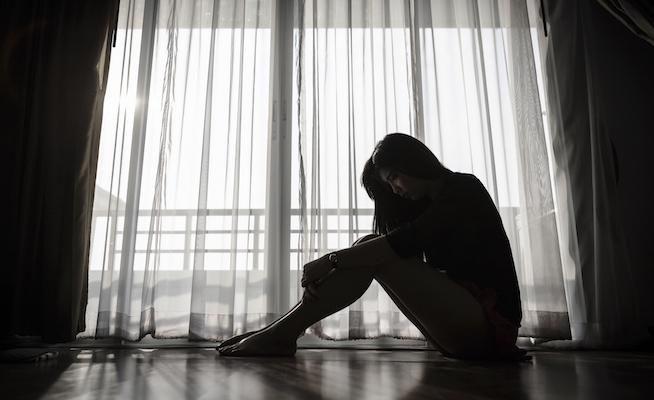 So many victims of rape and sexual violence are left behind: by a slow-moving criminal justice system, by communities who don't believe their stories. Horror compounds horror.

I haven't been able to get the recent story of a gang rape in Brooklyn out of my head.

At 9:00 p.m. last Thursday, according to the Washington Post, "an 18-year-old woman and her 39-year-old father decided to drink beer together near a handball court at a playground residents say usually is quiet and empty at night. The woman told investigators that a group of teenagers approached the pair in the park and one of them pulled out a handgun and ordered the father to leave. The father, who didn’t have a cell phone, claimed that he wandered around for several minutes in a futile attempt to get help before he flagged down two police officers." All five of the teenage boys are now in police custody.

Much of the coverage of this incident on feminist sites such as Jezebel focuses on the deli clerk who refused to call 911 on behalf of the father. The deli clerk claims that the father appeared drunk — and so the manager dismissed him from the deli, out into the night. His turning away from this distress is unconscionable: When someone asks to call the cops, you let them — and if you truly fear for your safety, you offer to do it for them. You don't take a chance. If the deli owner had called 911, law enforcement may have arrived sooner. So much of the damage was preventable.

But in all honesty, that’s not where my frustration with this situation lies.

I’m angry at a father who obeyed the request of his daughter’s rapists to walk away.

I’m angry at a parent who abdicated responsibility of his adult child — a parent who prioritized his own physical safety and well-being against the life of his offspring.

I’m angry that a father chose to obey the commands of random attackers with guns rather than the edict of a moral conscience.

To be clear, the blame for the rape lies solely with the rapists. However, in choosing to prioritize his own life, this father's actions echoed a history of men who are bystanders of violence against women and victims of sexual violence. In a 2011 Australian survey on bystander action, less than half of respondents (47.6%) who witnessed violence against women reported “either saying or doing something in response, or taking some other form of action.” It’s horrible to consider how few of us are willing to help women who are threatened with assault (sexual or otherwise).

Faced with the threat of gun violence, what could a father do? Raise his voice. The Pixel Project’s “16 Safe and Creative Ways for Bystanders to Become Upstanders in Stopping Violence Against Women” offers specific strategies to gain attention: “Raise your voice when talking to a harasser. Ask them what they want, why they did what they did, what they meant by what they said, and what you think of them. Do it all within earshot of the passing public and, ideally, in the presence of some form of authority.” Perhaps there was no one else around at the moment of the attack — but raising his voice might have alerted someone in the distance.

The survivor of this assault — left to endure the violence of her five attackers — will forever know the horror of being left behind, in her hour of need, by her parent. So many victims of rape and sexual violence are left behind: by a slow-moving criminal justice system or by communities who don't believe their stories. Horror compounds horror.

I am not a parent. My relationship with my father is complicated; he left when I was 6 — between us, there is love and hurt and distance. And yet, when we can, we both reach out to each other with a text message or a phone call, sharing a small joke, or one of the better memories.

I called him this morning to ask if he’d heard about the story. He pulled the link up on his office computer and read parts of it out loud. In the background, I could hear the shuffle of his desk chair, the depth of his sigh.

I worked up my nerve. Asked the question.

“If it was me,” I said, “Or my sisters, and people with guns told you to walk away — what would you do?”

Editor's Note: This response is based on the initial account provided to the NYPD by the father. Developments to the story are continuing.

If you like this article, please share it! Your clicks keep us alive!
Tags
gang rape
Rape
Sexual Assault