Feminists Who Embrace Spirituality — And Why 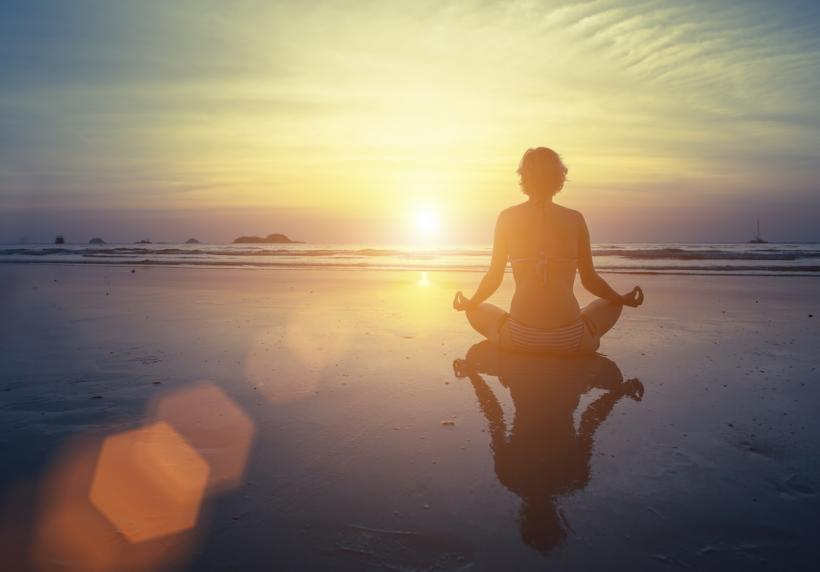 "My spiritual practice evolves with life lessons, as does my feminism."- Lisa Factora-Borchers

As a former Jehovah’s Witness who identifies as a curious atheist, I’ve spent a lot of time this year thinking about feminists and religion. So many patriarchal ideas about God and gender are filtered and passed down through religious institutions. But there are so many feminists who gave positive spiritual identities that are rooted in both self-practice and community organizations.

In the hopes of finding a starting point to engage the complexities of the feminist spiritual experience, I interviewed feminists of different faiths: Hindu, Muslim, Judaism, and Christianity. And their thoughtful, introspective responses to my questions on the reconciliation of feminist politics and religious practice left me wanting to learn even more.

Shira Tarrant is Professor of Women's Gender and Sexuality Studies at California State University, Long Beach and, most recently, the author of The Pornography Industry: What Everyone Needs to Know (Oxford University Press). “Judaism involves the practice of asking hard questions and thinking deeply about issues especially when people don’t agree. There’s also the tradition of mitzvah, which is a requirement to do good deeds in the world,” says Tarrant.

“These traditions deeply inform my cultural, intellectual, and spiritual practice. In terms of formal religion, these principles also give me hope that there will be continued political improvements when it comes to gender equity and living well with ones’ neighbors.”

Lisa Factora-Borchers is a Filipina American writer, poet, and editor of Dear Sister: Letters from Survivors of Sexual Violence (AK Press). When asked about the reconciliation of faith and feminism, she said, “I don't believe there is such a thing as ‘reconciling’ one or both and on a deep spiritual level, I don't necessarily see them at odds anymore. That insight comes after several years of claiming the opposite. Ideologically speaking, of course there is a lot that seems to be conflicting, particularly issues related to sexuality and gender. But my faith has grown beyond the spheres of church walls and doctrine and into a space of belief that not only embraces but needs doubt.”

“My faith is not faith without feminism and my feminism is not feminism without faith,” says Factora-Borchers.

“It took many years to unlearn God as I was taught by the Church. It took years to heal from the harmful lessons of guilt and shame, and I never would have investigated so deeply without feminism. And it was my faith that allowed me to explore feminism on my own terms, to understand that some issues are more complex than even the most liberal feminists want to admit. A focus on liberation and inclusivity informed my feminism because of my faith. My spiritual practice evolves with life lessons, as does my feminism. I cannot unbraid what has been fused together.”

Resham Parikh is a Hindu feminist and the founder of Feminist Weekly. She writes on gender in politics and pop culture. "My spirituality is based on the Vedic philosophies of self-improvement, transcendence, peace, nonviolence and the essential equality between all beings,” she says.

“Spirituality has helped me cognitively cope with inequality through meditation and fostered my activism by reminding me of the interconnectedness of all things and my ‘pure potentiality’ (as Deepak Chopra calls it)."

"Pure potentiality is the idea that we are, in essence, all made from the same energy and therefore can accomplish anything that we desire because that is our mission in life, AKA our dharma. My dharma is, at least in part, to be an activist.”

“There are challenges to feminism in Hinduism,” Parikh notes, “like the Vedic marriage ceremony, which outlines the duties of husband and wife in a gendered way. Because Hinduism can be varied and an intensely personal practice, there is room for modifications – I'd feel comfortable finding a priest that would be willing to modify traditions to accommodate for a more equal partnership.”

Maggie Siddiqi is a Muslim chaplain, interfaith activist, and feminist in Washington, DC. “When the Quran was first revealed, it presented an incredible challenge to the social structures of its time. Those in power saw it as a threat because it placed equal value on people of different socioeconomic statuses, races, and genders, differentiating between them instead on the basis of their character,” says Siddiqi. “So I have to ask myself, what am I doing to challenge the unjust social structures of my time? How am I fighting to make sure women have a voice, to the extent that they could become leaders of their nations? How am I advocating for disempowered communities to have safe drinking water and other basic human rights? How am I making sure those in power who are tasked with protecting their communities do just that, rather than posing a threat to their very lives?”

Siddiqi is candid on the challenges of answering these questions.

“To me, changing something with my hand is often to engage in acts of service, or to organize a group for a social cause,” says Siddiqi.

“This year, marking my ballot feels like an especially important way to bring about positive social change. This election season has been filled with frightening and bigoted rhetoric. We are fighting for the soul of America – not just my Muslim community or any another minority community — we are fighting to protect the soul of a country whose values of religious freedom and pluralism are the envy of the world. To simply dislike this state of affairs and stay home on Election Day would be the weakest of faith. It is a spiritual obligation to do my part to stop injustice – at the polls, in my own community – wherever it may be.”

"As a Muslim, I believe my faith teaches me that I have the power and responsibility to confront injustices in my own community and those around me. As a woman who wears the hijab and as a feminist, I also feel the extra burden and blessing of expressing that my faith is a source of inspiration, confidence and empowerment rather than one of oppression.”

If you like this article, please share it! Your clicks keep us alive!
Tags
religion
feminism
faith
acceptance
Atheism