Is Hookup Culture Real? And Does It Matter? 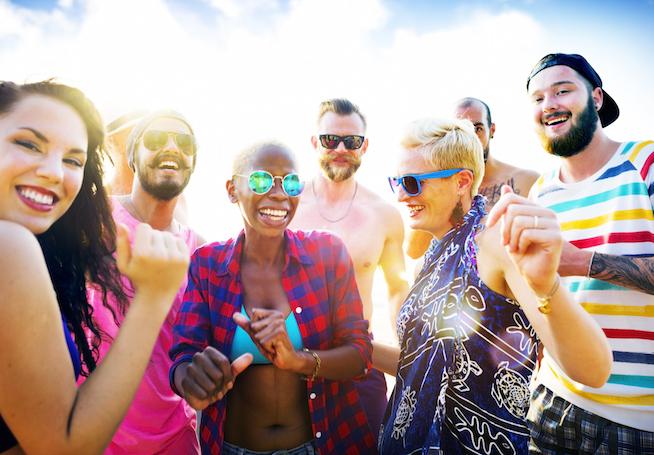 Is the hype around our generation's love of casual sex real? Or are most of us actually settling down after we sow our wild oats?

Perhaps the way in which we date is simply changing, partly in thanks to different cultural expectations and economic times than our parents faced, and partly to try to fit in with our friends.

We hear all the time how hookup culture is ruining the lives of young people everywhere, that we're doomed to never marry and to live in sin for the rest of our days. But, is the hype around our generation's love of casual sex real?  Or are most of us actually settling down after we sow our wild oats?

First of all, let’s define hookup culture, which has become a hot-button topic and controversial term in social science. Shockingly, there’s not really a comprehensive academic definition of hookup culture, with Wikipedia being the only source that has a definition: “A hookup culture is one that accepts and encourages casual sexual encounters, including one-night stands and other related activity, which focus on physical pleasure without necessarily including emotional bonding or long-term commitment” — in other words, valuing sex over relationships.

The American Psychological Association attributes this phenomenon to the unique evolutionary and socio-cultural position that young people in the modern world are marrying and reproducing later than ever, have lower onsets of puberty, and are expected to be independent before moving to the whole marriage and babies thing. Thus, this period of time between youth and adulthood creates the ideal situation for casual sex.

Now that we know what hookup culture is and why it might be happening, let’s dig into some statistics to see how the numbers shake out. The American Psychological Association cites a study that found that between 60-80% of young adults in North America have hooked up at some point in their lives.

Two college professors who studied hookups through student surveys found that about half of students never hooked up before, but that 20% hooked up 10 or more times.

Stanford University researcher Paula England conducted a study of over 17,000 students and found that 72% of men and women had at least one hookup by senior year.

Another report on college hookups from the Independent Women’s Forum found that 40% of college women reported having hooked up with someone, with 91% of them saying hookup culture “defines” their college campuses.

There is some contradictory research however, as one report from the American Sociological Association shows. This 2013 study found that college students reported having about the same number of sexual partners between 1988-1996 and 2002-2010. Although there was a small decline in the amount of college students who had a main boo, this was attributed, just like the APA report, to the generational delay in marriage.

So what exactly is going on, here? The statistics are kind of all over the map, perhaps because they require a reliance on self-reporting and even self-classification of what constitutes a hookup and a relationship (which all know can look a bit different to everyone).

Or maybe, we’re just a bunch of cheaters; a study from the American College Health Association found that although 52% of students said they were in a relationship, 50% also said they had hooked up in the last month. So, either 102% of people are engaged in either a relationship or casual sex at any given time, or people are blurring the lines between relationships and hookups.

This leads me to the discussion of why people are hooking up in the first place. There’s no doubt from research that it’s at least happening in some way for a lot of people, right? Perhaps it’s because, ironically, we don’t know how to initiate relationships.

Research from the controversial book The End of Sex: How Hookup Culture is Leaving a Generation Unhappy, Sexually Unfulfilled, and Confused About Intimacy found that 41% of young men and women expressed feeling “sadness, regret, and ambivalence” the morning after a hookup. She uses this to argue that hookup culture is not emotionally-satisfying to young people, but that they engage in it because they feel pressure, or it’s their best option in the short term.

Sex researcher Kristen Mark from the University of Kentucky commented on this to CNN, explaining what she’s heard from young people herself. "When we discuss the topic of casual sex and the hookup culture, they talk about it in the context of being too busy now to maintain a relationship or not wanting to make a relationship a priority at this stage in their life," she says. "Without exception, they discuss a long-term monogamous relationship as their desired end goal, but for now, casual sex meets their needs."

Other research seems to confirm this possibility. New York Magazine’s Sex on Campus survey found that 71% of students agreed that a date was a one-on-one experience that included the potential for romance, which a hookup could easily fall under!

Similarly, Dr. Kathleen Bogle found that 67% of students said their last relationship involved both dating and hooking up, which proves the further blurred lines.

So, it seems to fit the bill that people hook up at least in part to find a romantic partner and get on the road to a relationship. “The main path into relationships today is through hookups, but through hooking up, they also risk men’s thinking that they aren’t ‘relationship material.’” Dr. England told Teen Vogue. Oh, that pesky double standard is at it again.

So, is hookup culture real? Probably, but that doesn’t mean that it’s dangerous or that millennials are a bunch of sex-crazed animals who will do it with anyone.

Perhaps the way in which we date is simply changing, partly in thanks to different cultural expectations and economic times than our parents faced, and partly to try to fit in with our friends. The real question to ask yourself is what you want out of your sex life — and then, march to the beat of your own drum.

If you like this article, please share it! Your clicks keep us alive!
Tags
hookup culture
millenials
dating
Sex