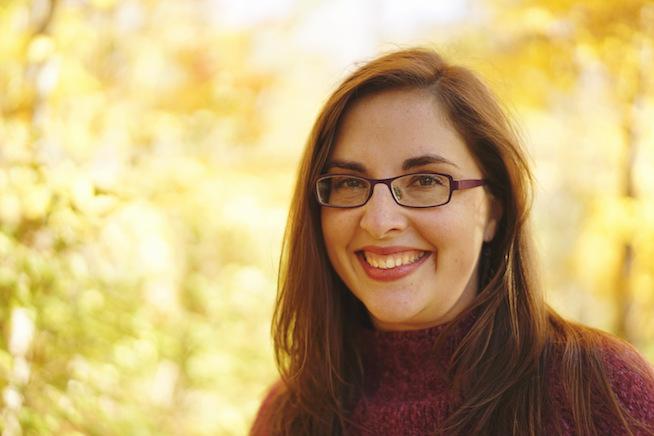 I am not ashamed. I am just one me. I am bisexual. And I am talking about it.

There was never a lightbulb moment in which I realized, “Hey! I’m bisexual!” I actually spent several years with a growing sense that something about me wasn’t quite the norm. It wasn’t until I started reading fan fiction in earnest that the knowledge sort of snuck up on me…I was not heterosexual. Limiting my sexual interest to a single gender felt completely unnatural to me, so why should I keep faking it?

I decided to own the label when I went off to grad school — I would simply introduce myself to new people as bi in the first place. OK, no, I didn’t lead off with, “Hi, my name is Rebecca and I’m bisexual. How are you?” That would have labeled me as weird for a completely different reason! But I did make sure the topic arose early on in my interactions with new friends, to present it as a simple fact about me no different from my favorite color. Little did they realize (I hope) how difficult it was for me to be so casual, how monumental our everyday conversation was to me. Eventually, after I sweated through the first few conversations, it stopped freaking me out so much.

Today is the day I stop hiding.

Hurrah! Problem solved. I ended up with a man, so the subject would never have to come up.

Except…the subject never did come up, and it felt wrong. It felt wrong to lie by omission, to enter into political arguments with family members who had no idea the stakes were so personal to me. It felt wrong to be two different me’s, to monitor everything I said when visiting family. And it felt very wrong to raise my daughter to believe I am something I’m not. I knew I would eventually want to tell her, and making it a secret to be revealed implied that it was something to be ashamed of.

I am not ashamed. I am just one me. I am bisexual. And I am talking about it.

As you read this article, my family members are reading with you. Today is the day I stop hiding. I know there will be confusion, and so many questions. I created this list of anticipated questions because I wanted to address these issues from the beginning. Let’s start talking together.

Questions and answers for those who might not yet understand:

Yes! I am married to a wonderful man. Since I am attracted to men and women, I am free to marry either (thanks, Supreme Court!). It happens to be a man in my case.

2. Does being married to a man mean you’re not bisexual anymore?

Being bisexual is a part of my identity, and it did not disappear when I got married. I continue to find women attractive, because that’s how my body and brain work.

3. So, do you secretly have crushes on your female friends?

4. Wait, I thought we weren’t supposed to say “queer.”

At one time, “queer” was used as a slur, but the LGBTQ community has largely embraced and reclaimed the term. Many of us find it to be the best way to describe a sexual identity “out of the norm.” The best way to know how to refer to someone is to ask them how they self-identify. I do identify as queer, so it’s just fine to use that word with me.

5. Does your husband know?

My husband has known I am bisexual since the day we met, and it has never been an issue for us. He has also been part of my decision to come out now. I couldn’t ask for better emotional support.

6. Does being bisexual mean you cheat on your husband?

My husband and I made a commitment to each other, and I would never break that commitment. Bisexual people aren’t “naturally promiscuous” any more than straight people, but we get slapped with the assumption that no matter which gender we are with, we are probably cheating on that person with someone from the other gender. That’s not how this works. My sexual identity has nothing to do with keeping the vows of my marriage.

7. Do we have to talk about your sexuality next time I see you? Should I avoid the topic?

That is up to you. I would be very happy to answer any questions you have. This is not a shameful secret you need to avoid mentioning. It may come up in conversation, or it may not. If we start discussing the SCOTUS decision to allow gay marriage, it’s going to come up.

8. What will we tell our kids who know you?

I hope you tell them, “Rebecca has let us know that she is bisexual. Let’s talk about what that means and what questions you may have.” Children are extra welcome to ask me questions, and you don’t need to be embarrassed by what they might say. If you choose not to say anything to them, just understand that I will not be hiding this part of myself if it arises in conversation.

9. But homosexuality is a sin. The Bible says so.

First, the Bible is written and interpreted by humans, thus it is one centuries-long game of “Telephone.” Many people disagree on the Bible’s “official stance” on homosexuality, and I don’t personally ascribe to the interpretation that it’s forbidden. Second, even if I were to agree with that interpretation — I am not a religious person. I do not make my decisions based on the Bible, and I don’t think our country should either. If you attempt to shame me from a religious perspective, the conversation will be unproductive.

10. But sexual lives are private. Why do you feel the need to bring this up?

I wrestled with that question for a very long time. I’ve known I was bisexual since college, so that’s almost 15 years of not being my full self in all situations. I am speaking up now because I think it is very important that my family and friends understand that they know someone who is queer. When you discuss “gay issues,” you are not talking about “those people” — you are talking about me. This is not a philosophical or political issue that can be debated from a distance — this is my life. It is my sincere hope that this action will prompt even one person to pause and look at these issues from a more personal perspective.

I also find it increasingly important that my daughter understands who I am. I don’t ever want to “come out” to her; I want her to grow up knowing me fully, and my orientation will just be another normal part of my identity. No matter what orientation she adopts as she gets older, I want for her to understand the amazing spectrum that exists in this world. I want her to love and be loved, period — everybody’s in.

If you like this article, please share it! Your clicks keep us alive!
Tags
coming out
bisexual
bisexuality
queer
LGBTQ

How Pregnancy Gave Me A Positive Body Image
Rebecca Shamblin