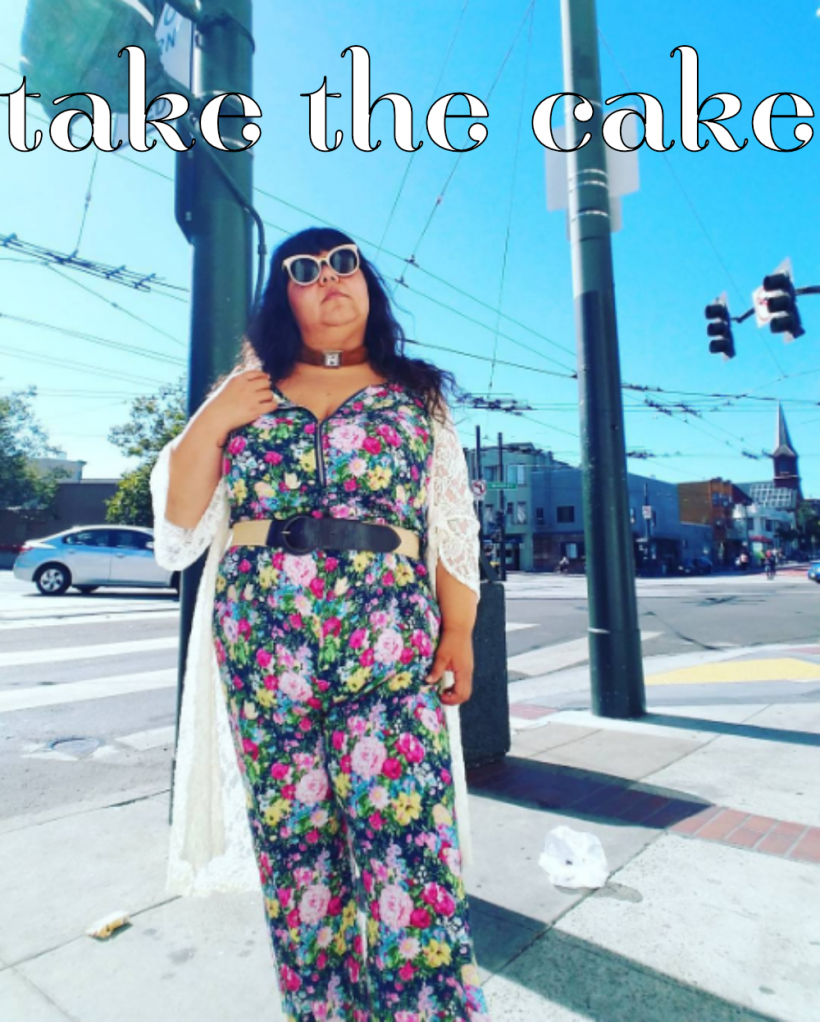 Unlike my childhood, near-daily exposure to fatphobia is not safely in my rearview mirror. That makes healing all the harder. Image: author.

This week I have been helping Jacob move, and it has set off all my deep, painful, unresolved shit around domesticity and worthiness.

I grew up in an emotionally unsafe environment witnessing my grandmother and mother live out the realities of suburban captivity, caused in part because they are both fat women who didn’t feel like they had any right to turn down the controlling men who asked to marry them.

I also grew up with the pain of being systematically dehumanized by boys at school for more than a decade because I was a fat girl.

This is not to mention all the violence that comes with surviving sexism and racism; this violence is so deeply entrenched in my daily life it takes effort to analyze its potency sometimes.

Each of these experiences has shaped me in a unique way, yet they all map onto each other seamlessly.

I mean, this week I couldn’t accurately tell which part of my history was making me rage out about being asked to help unpack boxes of cups and plates. Was it the part of me that was terrified that I too would end up locked in the suburbs? Or the part of me that was afraid to accept that my boyfriend wanted to build a life with me in this new home?

Finally, it’s Friday and my therapist is laying it out:

You're on a boat and you put on a life jacket; then there's a shipwreck and you end up in the water: the life jacket is all the things we need to keep us alive and save our lives during a traumatic event (or series of events).

Once we're off the boat and no longer in danger, sometimes we're still wearing the life jacket — so we're back on land, wearing our life jacket, trying to walk through doors and bumping around or being blocked from entering because our life jacket doesn't fit.

It was so helpful at one point in our life, but now we're in a different place and it's no longer helpful. We have to take that life jacket off before we can move forward and go places that we want to go.

(I’m crying because this feels so true to me. I’m like the emotional equivalent of Bubble Boy.)

Your trauma brain is definitely up and alert — hypervigilance is what that's called. It's a symptom of PTSD and it is what keeps trauma survivors safe in a lot of ways and situations — but later on it can definitely interfere with moving forward.

I found out I had symptoms of PTSD a few years ago in a sort of unusual way: I participated in a PhD candidate’s research on childhood.

We met at the San Francisco Public Library, in a small room with glass walls. She laid out a deck of flashcards. On each card was written one short phrase from the Diagnostic & Statistical Manual’s diagnostic criteria for Posttraumatic Stress Disorder, and as I read each phrase out loud I found myself relating:

I think a lot of us are probably walking around with mild PTSD, anxiously calculating risk and making plans about what and who to avoid. Unlike my childhood, near-daily exposure to fatphobia is not safely in my rearview mirror. That makes healing all the harder.

Even though I’m no longer technically walking the halls of junior high, I am living in a fitness-obsessed city that doesn’t feel as safe as it ought to considering almost everyone is over age 13.

I have to learn to differentiate between actual risk and perceived risk because, honestly, I have learned that once I leave my house I can at any moment be verbally assaulted by someone who feels I do not know my place well enough.

Last night I totally lost my shit, over a bottle of olive oil that had been thrown out accidentally during the move. I had bought that oil, it was expensive, and somehow my PTSD’d-out brain was able to make this discarded olive oil all about my fear that I’m disposable.

All of it just came out: the fear that inspired the anger that inspired the late-night baking (because I felt powerless in the face of it all, but wanted to be able to turn my anger into a tangible, pie-shaped gift I could offer my partner).

As I drove home today from his place to mine, I opened the car window as I passed the ocean on my left. As I got closer to my place — smaller and less ostentatious than his — I felt all those feelings sweep past me and through me.

I was returning to the place I knew, and it wasn’t much, but it was mine.

I tidied up a little and then laid down on my bed to watch some David Cross standup. After about half an hour there was a knock on my bedroom door. I figured it was my roomie Kori come to chat about our work date tomorrow, but it was Jacob with roses and a bottle of olive oil.

He’s so much better at being vulnerable than I am.

I hugged him, and after lots of processing, he asked me how I wanted to negotiate big, scary things like moving.

I had no idea how to answer his question.

And I still don’t know how to wrench off this PTSD life vest.

Because it actually feels less like I’m removing an inconvenient article of clothing and more like I’m following a trail of the tiniest psychic breadcrumbs imaginable — back to me, back to home.