A Viral Author's Advice: What You Can Do With Content That Sucks 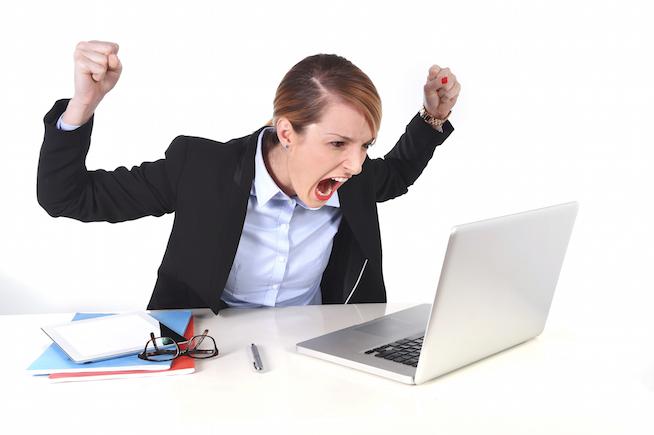 I’m of the mindset that while opinions are like assholes, it’s actually very healthy for everyone to have one.

When An Open Letter To My Ex-Husband’s Girlfriend was published, thousands of people told me off for being disingenuous, controlling, narcissistic, or jealous. Some did this in the comments sections where it was published. Some people shared it on Facebook and told their friends that I was crazy. And hundreds re-tweeted it, calling it fake or unrealistic.

In the essay, To My Mother-in-Law: I Was Wrong, I wrote about being an ass to my mother-in-law. So many people thought I was out of my mind. Ridiculous. Stupid. Some shared the content in a forum for moms of babies and members who read it chimed in to say that it made them want to vomit. (This happened on Reddit too.) This lead a few members of said forum to post their opinions in the comments on other websites where this piece was published. Some, again, accused me of being fake (because there’s no way a real daughter-in-law could write that!) but after a quick Google search, much to their horror, realized that they were wrong. After clicking on every search result that included my name, they reported to their forum or friends list that, to their dismay, I am a real person and provided proof by supplying links to my author bios or my website. Some even shared other articles I wrote.

I’m of the mindset that while opinions are like assholes, it’s actually very healthy for everyone to have one. I don’t mind that many people didn’t agree or approve. I enjoy reading comments more than I ought to admit. But I’m wondering . . . did any of these people who were repulsed by my words enough to share them with others realize that they were doing me a favor? Did they know they were helping me gain more exposure and credibility as a writer?

There’s nothing more irritating than seeing someone’s video, article, essay, or list go viral when you KNOW it is the most ridiculous nonsense you’ve ever laid your eyes on. You see it go from one major website to the next and the next, and it’s unbelievable that so many people are buying into this and don’t realize how stupid it is. Like eavesdropping on an argument or watching an awkward first date, you can’t help it. You HAVE TO look and see why it’s being published again and again. And if there’s a section for comments, you have to read them. You need to see that you’re not the only one who is appalled that this absurdity was actually published!

But wait a minute. Why allow it to steal a few precious minutes that you’ll never get back? Don’t you want to stop seeing this stuff? Don’t you think this content is not worth anyone’s time? Here are the best ways to make content, authors, and subjects that repulse you disappear.

Don’t click/tap on it (duh). Today, the success of any media found online is based on the number of clicks. Hate that topic? Think that author is full of it? Totally annoyed by that vlogging couple who seems to be making stuff up? Decrease their opportunity to continue to be viral. Some authors/contributors are paid based on the number of views their content receives. So while you are sharing or watching them with disgust, you're putting money in their pockets too. Just. Don’t. Click.

Don’t comment. Interest is also a determining factor of the success of anything that’s published online. Any comment, positive or negative, indicates interest. You don’t have to like or approve of something in order for it to hold your interest. So no matter how badly you want to tell everyone that what you just viewed is complete garbage, do not comment if you are hoping never to see it again.

Don’t share it. As rewarding as it may feel to recruit a mighty chorus to sing the same “what the hell is this” refrain along with you, all it will do is increase the visibility of the atrociousness. It will also quite likely give the creator more opportunity to publish more absurd content.

If there’s an option to downvote, don’t. Downvoting usually means you clicked on it. Additionally, too many downvotes can make others curious about why so many people didn't like what they saw. And curiosity makes them view it. So you're better off just resisting and clicking away.

Doing any of the above things because you have an opposing perspective or valid criticism on a topic you are invested in will open doors for others to agree, debate, rebuke, and discuss the content you find objective. Just bear in mind that if you find said content appalling and unworthy of publication, the best thing to do is to leave that shit alone.

The Significant Differences Of Raising Toddlers Vs. Teens
Tina Plantamura

My Life On The Jersey Shore: What I Won't Miss About Tourist Season
Tina Plantamura

A Viral Author's Advice: What You Can Do With Content That Sucks
Tina Plantamura