Why I Considered Bird Nesting, But Decided Against It 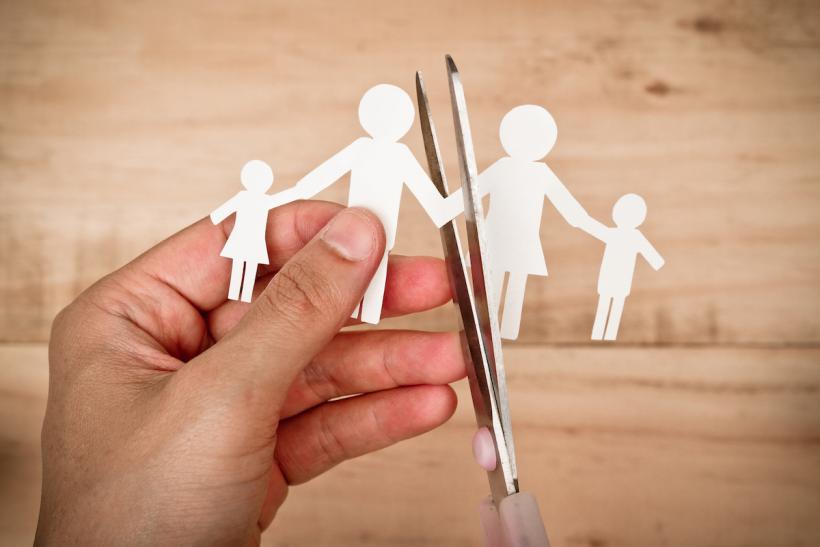 As long as my ex and I shared a home, we were sure to fight.

When my ex and I decided to divorce, I was overcome with fear and sadness at the thought of living part time without my two children. I had never been a day without my kids, and they knew nothing but the home they had always lived in with both of their parents under one roof. The idea of leaving them or living part of my life without them was impossible to imagine!

I did not know there was such a thing as “bird nesting” at the time; but, my initial thought in these early moments of planning our life after marriage was that I wanted to at least entertain the idea of finding a way not to have to live without my kids.

Could it be possible for my soon-to-be ex and I to remain in the same home for the sake of parenting our kids even though we couldn’t stand the sight of one another?

Bird nesting, for those exploring your post-divorce parenting options, is a newer approach to co-parenting wherein the children do not leave their family home to visit with one parent or the other. Instead, the kids stay put, and it is the adults who rotate in-and-out of designated time with them. It is an extremely kid-centered approach because it minimizes the stress of the divorce by keeping most aspects of their lives the same as before.

During bird-nesting, children sleep every night in their same bed and enjoy the consistency of the same toys, environment, and routines. Nothing has to change except for the fact that both parents are not always there spending time with them at the same time.

To truly follow the definition of bird nesting, one parent actually has to leave the family home when it is not his or her time with the kids, meaning that at least one more residence, if only an inexpensive studio apartment, needs to be established for the off times. What are the chances that both parents would want to share the second address, though? So, this most likely means that a total of three residences would have to be maintained to make this work.

Perhaps it was selfish of me not to want to share a household with my ex, even if it meant the kids could still have mom and dad living with them; but, I also believed that I deserved to have a chance at happiness.

As before mentioned, I didn’t even know that bird nesting was a “thing”, I just didn’t want to be without my kids! My proposal to my ex was that we somehow find a way to be roommates so that our kids could benefit from having both parents “together” in one house and not be disrupted by living part time elsewhere or being without a parent days at-a-time.

We were, after all, living as roommates by this time; so, I thought we might as well acknowledge and embrace it! I suggested that we could all live in the house, but each of us would have designated weekends to go do things with the kids and the other parent would be free to do their own thing. He was only on board as long as we could still have sex. That wasn’t going to happen!

Perhaps the “roomie” idea I came up with might work if you and your ex have a fairly large home with enough separate living space to allow for time apart. I knew as soon as I brought it up, however, that it was not very realistic for us because our house was rather small and there was really no way for either of us to get space away from each other.

I hadn’t even thought of the prospect of one or both of us having additional homes because we were on a rather tight budget. It was hard enough to manage venturing off as a single person and starting a new household, let alone keeping our marital home running and having our own places on the side!

The sticking point for me was how to survive continuing to live in that close of proximity to my ex, and would it really be a benefit to the kids?

Considering that we could not stop arguing anytime we were in the same area, continuing to share a residence was not likely to give us a reprieve or our kids the peaceful and loving setting they deserved. The whole point of divorce, from where I was sitting, was to be able to remove myself from a broken relationship and negative environment and give my kids a better place to grow up.

As long as my ex and I shared a home, we were sure to fight. I felt that we all deserved better than that. I recognized that my life would be on hold for the duration of any such arrangement. Perhaps it was selfish of me not to want to share a household with my ex, even if it meant the kids could still have mom and dad living with them; but, I also believed that I deserved to have a chance at happiness.

As my marriage nosedived, it was clear to me that my misery in a defunct marriage equated to me being a puddle of a depressed, impatient, and irritable person, thus neither the best version of myself as an individual or a mother! I am confident that my ex could say the same. We had an opportunity to reinvent ourselves as the best people- and parents- we could be, but it wasn’t going to happen with us together!

Our kids deserved to have the best parents possible. They needed us to be strong, healthy, capable of setting good examples for them, and to be mentally able to play and have fun with them. The angry depressed versions of ourselves weren’t doing anything but surviving.

We have done our best to maintain consistency in their lives and to minimize disruption by keeping them in the same school and activities. We try to give them as little as possible to worry about, and both of us encourage a full and happy relationship in both homes with both parents.

I commend anyone who can make bird nesting a success! Parents would have to be in a position where setting up as many as three homes would be possible. Although the individual time away when not with the kids would allow for forming some new relationships, guidelines would have to be established for bringing new people into the family home, and if allowed those people would also have to be willing to bounce in and out of the nest.

Although it might be successful in a vacuum, time will tell if such an arrangement can flourish long term in real life.

Each divorcing couple has to do what they feel is best for their situation and their kids. This can be incredibly hard to do in the epicenter of the divorce; however, making a concerted effort to put aside ill will toward a former spouse to create a stable and peaceful existence for children is what good parents do. At this point it’s not about what he or she did, said, or even want…it’s about how to maintain the innocence, security, well-being, and peace of the children in your life. What works for you may not work for me, but at least be willing to consider some creative options!

If you like this article, please share it! Your clicks keep us alive!
Tags
divorce and kids
divorce
divorced moms
bird nesting
custody