First Kid VS Fifth Kid: From Sterilized Pacifiers To "Here, Suck On My Keys." 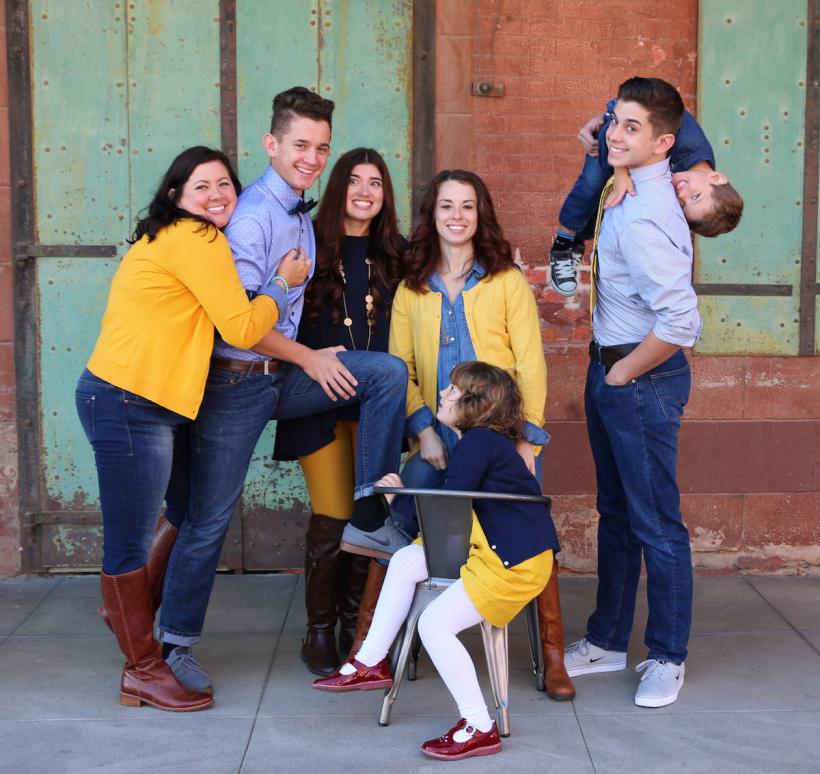 I have five children. The oldest one is now 21-years-old. I am proud to say she has made it to adulthood. She is mostly productive. She is gainfully employed. She is not a jerk. Like 97% of the time, she is definitely not a jerk.

My youngest child is four. He is also not a jerk. But only like 60% of the time.

The other three are 18-, 16-, and six-years-old. All five of them are good people. Mostly. They can all read, write, spell, and add (probably) two digit numbers. Can they do long division? I don't know. That's why god invented calculators.

I love them and, as best I can tell, they love me.

I'm not saying that I've got this parenting thing nailed, but I am saying that I've done it five times which is worth something. The thing about parenting five kids over the span of more than 20 years is that things change — the Internet becomes a thing, no one watches Barney, people don't go to libraries anymore — but also we change.

It starts with pregnancy. The first pregnancy is all what to expect when you're expecting, and weekly trackers and the baby is the size of an olive or an avocado or some other random food.

The fifth pregnancy is more like "What food does my fetus compare to? Probably the 17 stale goldfish crackers I just ate right off the kitchen table."

When you're pregnant for the first time, you can't wait to "look pregnant." You peruse the maternity department as soon as your jeans feel even a bit snug. Like six weeks pregnant. Or thereabouts.

By the fifth time, you're raiding your husband's dresser drawers for flannel PJ pants, but only the ones without a hole in the crotch. Standards.

Maternity clothes are a waste of money, and you're going to need that cash, because in 18 years, when this kid graduates, college is going to cost one zillion dollars, and also goldfish crackers aren't free.

If your first child so much as coughs you immediately pull up the pediatrician's phone number. Your fifth child can hack up a lung, as long as they don't puke in the car.

If blood is not coming out of their mouth and/or eyes, the pediatrician can wait. You need that co-pay to buy more magical sleep potion Benadryl.

Oh, is "wearing footed sleepers all day" not "style?"

Child number one gets crisp new khakis from the Gap. And loafers. Always loafers. Or corduroy dresses with ruffled bloomers.

Child five gets child one's khakis. They are going to get holes in the knees eventually either way. The bloomers are stained with the mustard-yellow remnants of a poop-splosion.

BABIES DON'T EVEN CARE IF THERE IS ACTUAL POOP ON THEIR CLOTHES. Use this to your advantage. The days are short but the years are long. Or something.

Child one gets ringlet pigtails with pink satin ribbon.

Child five gets a half gallon of detangler and a prayer.

Child one gets ALL the shiny toys. Bells. Whistles. Computer animation.

Child five gets a drawer full of gladware and a wooden spoon. But not the cracked one. No one has time to remove splinters from a toddler's tongue.

On The "Special Moments"

Every moment is a special moment with your first baby. First words. First steps. You record it all. On your phone. On Instagram. You tweet. You journal. In actual paper baby books.

My fifth child definitely said words. I know this because he now talks all the time. He actually never shuts up. He also walks. Totally independently.

When did those things happen? Somewhere between six months and two years. Why do you need to know this?

My first child's first word was "ball." So precious.

When kid five asks me what his first word was, the answer will be "ball." Children two, three, and four will also get the answer "ball." This way I don't have to remember what lie I told to which kid.

When I was pregnant with my second child, there was no possible circumstance in which I could imagine myself loving anyone more than my first child.

As it turns out, love is sort of exponential. Patience and memory, not so much.

If you like this article, please share it! Your clicks keep us alive!
Tags
parenting
large family
families
Kids
five kids
only child