But What If Spanking Your Kids Actually Works? 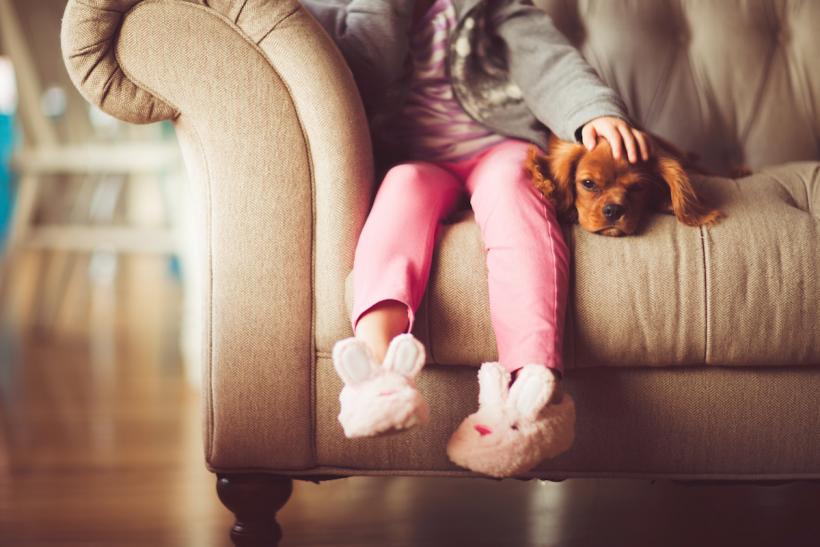 When I was four, for some reason, I can’t remember, my mother whacked my backside with a cutting board, cracking it in half, and giving me fodder for my future tales of childhood torture.

To be fair, to my mother, and to the wood’s tensile strength, it was one of those long cheese-type cutting boards, and it was already cracked, but still. Ass. Cutting board. Broken.

My mom liked to swat me. I was probably ornery as shit, and maybe that was all she could think of to do with me. But because of the ornery thing, and my sassy mouth, and my mother’s chronic lack of patience, I got hit a fair amount. I don’t know what a normal amount of hitting was in 1980ish, but I got hit what I believe to be a greater than normal amount.

If I wouldn’t sit still for hair-combing, she’d hit me with the brush. She loved to take a wooden spoon to my ass. She’d periodically just smack me upside the head. She had a husband that hit me with a 2X4.

I don’t think I can say I learned anything from being hit, except for fear.

I learned to be afraid of her.

So when I had my first child in 1995, I wasn’t going to hit. Ever. There wasn’t any real mainstream discussion of “gentle” discipline then, but I knew what being hit felt like. I knew I did not like it. I knew I didn’t want my kids to feel it.

Until one day I got mad.

Until they were fighting and wouldn’t listen.

Until they were destroying the kitchen.

Until they screamed at me or misbehaved in the store or were disobedient in church.

Until I couldn’t think of anything else to do.

Until I lost my patience.

And then I swatted them, even though I said I’d never spank them, I did.

And every time I spanked someone, I swore it was the last time I was going to spank someone. But it was only the last time until the next time I got mad.

It’s not that I like spanking. No mother wants to make her kids cry (or shouldn’t want to anyway). I don’t think many mothers want their children to be afraid of them.

It’s just that spanking was a coping mechanism. For me.

And also, it worked.

When I say it worked, I hear you saying, “Yeah, It worked to emotionally stunt your kids, you child abuser.”

I didn’t spank them THAT much. And they weren’t THAT difficult. But what came first?

The swat or the good behavior?

It seemed a lot of the time that the result of the swat was the good behavior, which is a pretty good case for a swat when your kid is acting like, well, a regular awful kid.

I’m in a unique situation, having a second set of kids. I mean I’m not that unique, 40 something percent of marriages end in divorce, which means 40 something percent of people will have the chance to have a whole second (or third) set of kids, but I’m unique enough. I didn’t set out to do an experiment or anything, it just so happens that since I had kids when I was 20, a lot has changed.

I finally medicated the illness I hadn’t even been diagnosed with when I was 20. I developed more patience. I learned that a lot of stuff isn’t worth losing your shit over. These are things that could only have happened with time. (Except the med thing, which I sadly, cannot undo.)

But my big kids listened. They were ornery. They got spanked. And they turned out OK. Which is what everyone who likes spanking will say to justify spanking, “I was spanked and I turned out fine!”

So these kids, the second set kids, they don’t get spanked. I have freaked out and swatted Ella probably twice, a regression to poor self-control I guess, in a moment of desperation. But other than that, and maybe one or two attention grabbing swats from Matt, they are not spanked. Ever.

And based on evidence and stuff, that’s how you’re supposed to raise kids. There is no research that suggests spanking is a good idea, and plenty that does suggest it’s a bad idea. Again, science. If you’re a good and loving parent, you don’t hit your kids, because hitting is actually just mean and not something anyone should condone.

But I wonder sometimes, a fair amount of the time, what if I DID spank them?

I feel bad for even wondering that, because I really fundamentally dislike even the idea of hitting someone.

I don’t want to hurt them. I just want them to not be awful so often.

For example, last night we had pizza. Every Wednesday is pizza night and on some Wednesdays, pizza night turns into ice cream night. Sometimes I don’t feel like hauling a bunch of people into an ice cream parlor at 7 pm on a Wednesday, so I say, “No. We aren’t having ice cream tonight. We can have dessert at home.”

And sometimes when I decide no ice cream, not everytime, but enough times, Max and/or Ella will scream bloody murder at me, tell me that they hate me, that I am no longer their friend, that they are never speaking to me again. They will kick, swing, and basically come at me with whatever they’ve got. They do this without restraint — screaming loud enough to garner attention from anyone in proximity. It’s humiliating, and also it’s infuriating.

Last night was one of those nights. Max wanted ice cream. I said no. Pandemonium.

This story does not end with me whipping Max until he likes me again — even though I kind of wanted to. We went home. No one had dessert. Everyone screamed at me until bedtime. I took things away: TV, iPad, future dessert. My options for “punishment” are limited to whatever thing(s) they are currently most interested in. In this case, ice cream and future ice cream. And TV.

All in all, the experience was completely miserable, for everyone. No one got any dessert. I got screamed at. And both of them just proved themselves the tiny tyrants they are.

OK they were sad. Sure. Not getting ice cream is a letdown. Who wouldn’t be sad if their ability to obtain ice cream rested solely on the actions of another person and if said person denied them said ice cream?

I understand disappointment. I do. I’m disappointed in a lot of the world, pretty much everyday — and especially lately. But the screaming? The kicking? I did not sign up for that nonsense.

And this is when I think about the spanking.

But my big kids listened. They were ornery. They got spanked.

And they turned out OK.

Which is what everyone who likes spanking will say to justify spanking, “I was spanked and I turned out fine!”

My big kids did turn out fine. They go to school and work and pay taxes (mostly). None of them are violent. No one became a sociopath. They all mostly love me.

I guess in 15 years I’ll know how these kids turn out, and if they too will be “fine” — I suspect yes. They will arrive at adulthood without having been hit, and if you believe in science they will be better for it. More stable. More balanced. Less violent. Less afraid. etc etc.

But I will not spank them. I’m still trying to figure out what to do when they kick me.

If you like this article, please share it! Your clicks keep us alive!
Tags
parenting
punishment
Spanking
Kids
hitting
science
evidence