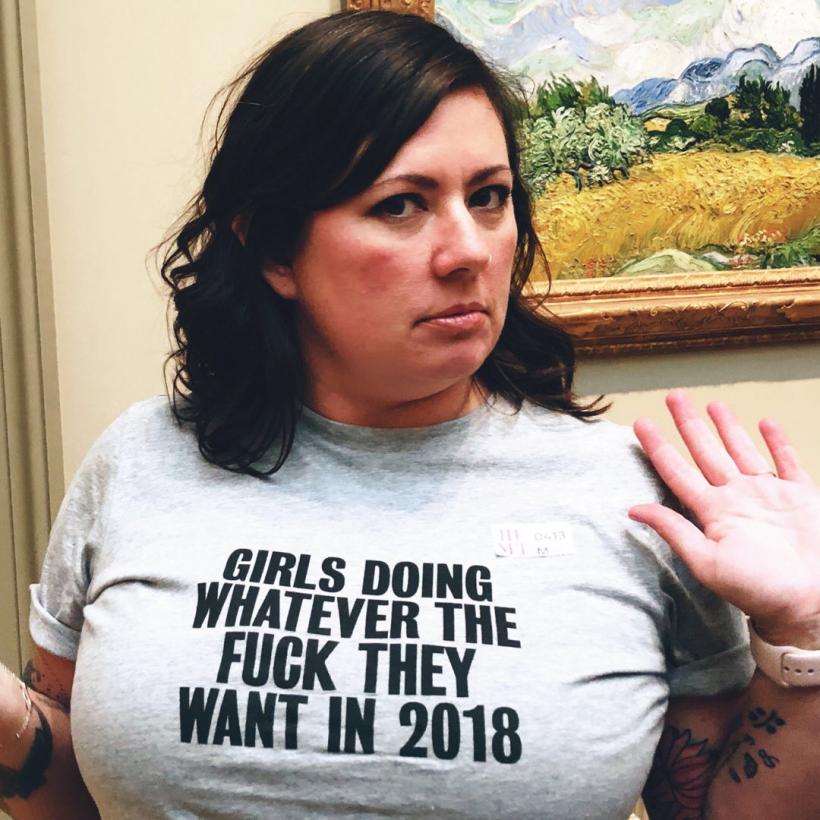 You are not “bipolar” if you woke up sad and were happy by the end of the day.

Stop telling me that my mental illness isn’t real. Stop making me think I'm crazy for being actually crazy (more on "crazy" later.) Don’t tell me I can pray or yoga or keto diet or meditate it away. If those things worked, don’t you think I’d have done them already? Are you under the impression that I haven’t tried literally everything to not be complicated the person I AM?

When I say I am mentally ill, just trust it to be the truth.

Acknowledge their anxiety, their sadness, their struggle. Recognize that their pain is as real, if not more real, as any adult. Children are not equipped with the ability to resign through mental health issues. They need you. When they say they are scared, just take their word for it.

Treat them the way you’d like to be treated if you were terrified of going to school. Kids whose feelings are honored become adults who honor others' feelings.

Did you know that the word moron was closely tied with the American eugenics movement? Yeah, that’s the movement that was basically the Hitler of America. So, can we not?

I call myself crazy sometimes, but unless you are crazy, I’m just going to ask that you don’t say it. It’s just so easy to choose another word. Please do.

5. Stop Referring To Everything As “OCD” Or “Bipolar.”

Weather that is sunny and then rainy and then sunny is not “bipolar.” That’s actually just weather. And frankly, those wide fluctuations in temperature are a result of climate change, not hormonal imbalance. Blame greenhouse gasses.

You are not “bipolar” if you woke up sad and were happy by the end of the day.

When you haven’t slept in a week (or you’ve slept two hours a day) and still aren’t tired, then you can start to think about maybe being evaluated for bipolar disorder. When you start seeing things — like Jesus in your bedroom or Oprah in your car — then you can go to a psychiatric facility and say “whoa, this isn’t right.”

Want a blueberry muffin at Starbucks and then change your mind to coffee cake? Not bipolar.

Spend all your family’s money on clothes you never wear? Now you’ve probably got a problem (though sometimes the problem may just be you shop too much.)

If you are obsessed with the thought of something until it keeps you up and interferes with your life, that is not the same thing as being "obsessed" with ice cream.

6. Stop Blaming Every Mass Shooting On A "Crazy" Person.

Instead of blaming shootings on “crazy” people, blame it on the government who won’t help those people be well. Blame it on a culture that is so terrified of mental illness that they can’t even mention it in any context that isn’t negative.

First of all, just don't. Secondly, my meds don't fix everything. I am still a human being with feelings and emotions. If you hurt me I will still be hurt whether I popped eight pills that morning or not. If we are in conflict, the answer is not automatically "she must be off meds." Sometimes, I'm just about that you're being an actual ass. Stop blaming me for being irrational, and take ownership of your own shit.

If we are in an intimate relationship, then we can discuss the way to broach this topic at some time I am not feeling particularly vulnerable.

8. Start Talking About Your Own Problems/Struggles/Experiences.

This means to share your experiences in a non-judgemental, neutral way.

You don’t have to say “I’m mentally ill,”  but you could say “I have struggled with anxiety/depression.” Solidarity does wonders for those who feel utterly alone.

9. Start Listening To Me Talk About My Problems/Struggles/Experiences.

I don’t expect you to be my therapist. But I would like it if you were willing to hear me tell you what’s it’s like to not want to get out of bed or to imagine everything in your life is about to fall apart. I would like to tell you so that you can understand that my reality is not your reality.

If I come to you with my pain, please be aware that this is because I trust you to do the things I've discussed to the best of your ability.

How Do You Navigate Mental Illness When You're Working-Class?

"I Can't Stand The Sun": My Struggle To Find The RightBipolar Meds

If you like this article, please share it! Your clicks keep us alive!
Tags
mental illness
mental health
medication
bipolar disorder
OCD
Stigma