Everyone Needs Consent, Including Your Significant Other 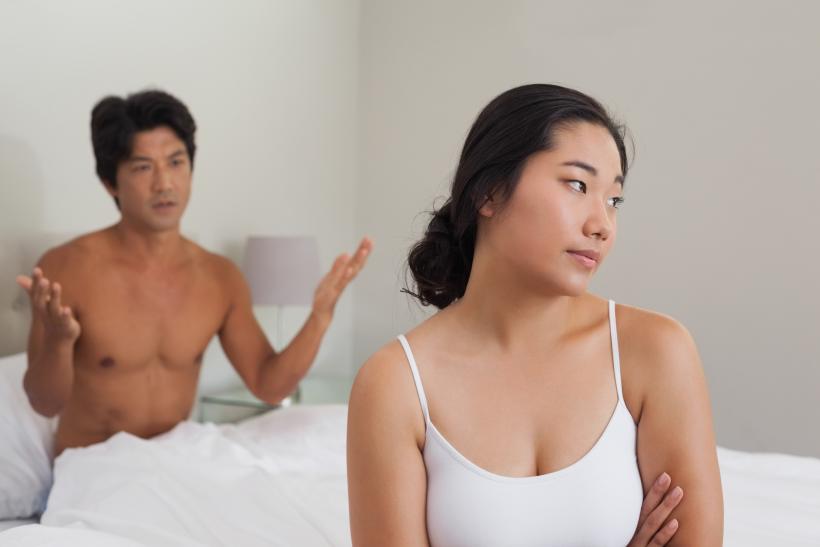 That gut feeling I had of “this is wrong” — that respectful people don’t just go around taking — was correct.

In Thirteen Reasons Why, viewers see two types of guys. The first are guys who just grab and take from girls without asking for permission. They violate personal space and bodies for their own instant gratification.

And then you have guys like Clay. When hooking up with someone, Clay asked if things were OK each step of the way.

From my own experience, I can attest that these two types of guys don’t just exist in the fictional halls of Liberty High. They are very real. Just like Hannah, I’ve had my ass grabbed by a guy who later did the same thing to me as he did to her. The little things are important, even if those little things happen to be damaging. The size of the red flag doesn’t change its color.

You don’t just go around groping people, especially if you don’t even know them. It’s not normal, and definitely not cool... but that doesn’t stop certain people from doing it. These seemingly “little moments” of reckless stupidity for guys stay with us women. They are scarring, impossible to forget. The feeling of being violated does not go away the second a hand leaves our body -- it lingers like a bruise. It stays, and it changes how a person perceives the world around them, their sense of control, their body, and their sense of trust.

Being violated doesn’t stop with strangers, though. Boyfriends can do it too, and that’s important to remember.

Being a boyfriend doesn’t give someone an all access pass to your body. And just because you might have tried things with partners in the past doesn’t automatically mean you want to try, or are ready to try, those things with your current partner. Before you try anything new, you really need to check in and make sure it’s OK to do so.

In his head, since I did this with someone else, he independently decided to give himself the green light to try it with me too.

A few months ago I had a boyfriend try to stick his finger in my butt while we were having sex. “What are you doing?” I screamed. He said, “You’ve had something in there before.”

I was livid. In the past, I had experimented with someone I thought would be the guy I was going to marry (my boyfriend of three-plus years), not with this guy whom I was dating for a few months.

I was hurt. This guy took my past and tried using it to manipulate my present. Afterward, I ran to the bathroom in panic to text my friend. “I think I should leave” I typed. I was so upset that he did that without my permission.

“I just had to try it,” he said to me. I kept replaying those words in my head.

He didn’t HAVE to do anything. He did what he wanted without considering the person he was with. Now, I know people make mistakes, but this type of thing isn’t an “Oops I almost fell out into the wrong hole” slip, it was a 110% premeditated decision. I know that because of his “You’ve had something in there before” quip.

In his head, since I did this with someone else, he independently decided to give himself the green light to try it with me too.

My head was still reeling. “I just had to.” That’s not something a decent guy says. A good guy wouldn’t just try to jam his dry finger in my ass without my permission. A good guy would respect me and make sure he had my consent, or talk to me prior by explaining that he would want to try new things with me, so we could agree and prepare together. I knew this guy didn’t care at all about me then, because someone who did would have checked in with me beforehand.

To some people, my story might not seem like a big deal, but it should be. I know things could have been much worse, but the point of it is that I didn’t want that done to me. I didn’t feel comfortable trying new things with him, and I didn’t want his finger in my ass. He did it anyway.

He didn’t deserve certain parts of me that I had given to someone else, but he tried to take them anyways.

I felt anxious and nauseous, but somehow I chalked it up to the fact that he was my boyfriend, after all. That shouldn’t have mattered though, because what he did still wasn’t OK.

Love is respect. Everyone needs consent, and that doesn’t exclude your significant other. I’ll say it plainly: partners need consent too. To spell it out even further, partners include boyfriends, girlfriends, husbands, wives, etc. Even though he apologized to me (mainly because I was so upset about it), I never truly felt the same about him after that.

My feelings became infected, and the clean cut version I had of him in my head spoiled. That gut feeling I had of “this is wrong” — that respectful people don’t just go around taking — was correct. He was a taker, not just sexually, but mentally as well. He only did things for his benefit — in and out of the bedroom.

Luckily, he is now an ex. But if you are with a person like this, please get away as soon as possible because people like this don’t care about other people. They care about themselves, and themselves alone.

If you like this article, please share it! Your clicks keep us alive!
Tags
sexual boundaries
Sexual Assault
consent
respect in relationships