How Do Memoirists Survive Telling Their Hard Stories? 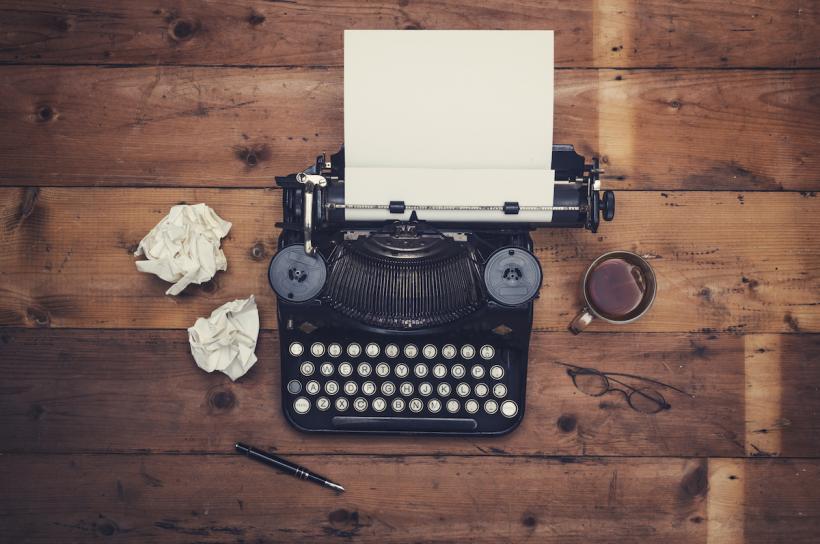 I was twelve years old when I wrote my first “hard story”—a middle grade memoir about what it was like losing my mom. I was a writer before the memoir, but dealt mainly in fiction. I spent hours outlining my process in a purple notebook before I transferred the story onto the computer. Every day after school, I would come home and sit in my dad’s computer chair, reliving the moment where I found out my mom had died of a seizure, or the awkward silence during my speech at her wake, or the time I drew frowny faces on my sixth grade science exam and my teacher took me into the hall to make sure I was okay.

I haven’t stopped writing about difficult life experiences and trauma.

What I don’t often do is take the time to think about why people write about trauma, what we get from writing about it, and how to best manage the complex emotions. Writing about hard topics is, after all, hard. I’ve spent many moments sucked deep inside the heart of a personal essay that brings me right back to the pain of the moment, and I’m often unprepared for how that’s going to feel.

Recently, I had the chance to speak with Melanie Brooks, author of Writing Hard Stories: Celebrated Memoirists Who Shaped Art From Trauma (Beacon Press, 2017). In the book, Melanie chronicles her journey as an MFA student writing a memoir about losing her father to AIDS, an illness he kept secret for ten years. As she’s writing about this difficult experience, Melanie realizes she has a question for the memoirists she admires about their own hard stories: “How did they survive?”

People write their hard stories for many different reasons: To face what happened head on, to shed light on a larger cultural problem, to make sense of a situation, to process the trauma, or simply because they feel like they need to get it on the page.

"I’ve always thought of writing as part of my healing process."

“I started the process of writing my own memoir with the idea that you kind of write it, and then you can put it down; it’s done,” Melanie told me as we ate Japanese food at Shiki, a small restaurant in Coolidge Corner in Brookline. I pored over my eel donburi nervously, wondering what topics would come up in a discussion about writing about trauma. I’ve interviewed dozens of sources in my three years of writing, many of them experts and professionals in their field, like therapists, lawyers, and hair stylists. A few times, I’ve interviewed trauma survivors and shared their stories through my reporting.

I pulled apart my eel using two chopsticks. “Writing about trauma or difficult experiences doesn’t repair that trauma,” said Melanie. “It doesn’t make it go away. But I kept hearing what a transformative thing it was for [the memoirists] to shape these stories into something that they could be proud of.”

I’ve always thought of writing as part of my healing process. It’s usually not at the beginning; I didn’t start work on my memoir until a year after my mom’s death, after I’d spent that year in therapy. It helped me unpack how I’d felt in that year since her death, how much progress I’d made, and how much farther I had to go. I still write about my mom in various contexts, but every time I do, it’s like peeling back another layer: this is how I feel about her as a college graduate, or this is how I feel on what would’ve been her fiftieth birthday.

But that writing can be extremely challenging, and writers often feel stuck. “I would sit in front of my computer screen and kind of be in this moment of paralysis like, if I keep writing about this, I’m going to die,” Melanie explained. “I feel like I’m not going to survive. The pain felt so big.” I’ve often felt that intensity when I’m in the middle of a personal essay, or during the months I spent working on my memoir. One of my favorite things is to write while it’s raining out, and when the feelings get too big, I’ll step outside into the rain and just feel the drops on my face, reminding me that I’m in the present. Writing Hard Stories does a lot of this work, weaving Melanie’s interviews with the memoirists in the book into her own process as she wrote her memoir.

What makes writing about trauma so transformative? Melanie told me, “It’s not about necessarily letting the story go, but it’s kind of re-envisioning it in a way that it doesn’t become such a burdensome thing. Writing about it will, in some way, change the story for you or change the way you carry that story.” Our table at the restaurant was in the corner behind the door, away from the other customers, but my mind still flickered to them. Could they hear us sharing stories about the loss of our parents, about how to comfort a friend who just got terrible news? What did they think about the fact that we’re being so vulnerable in a public restaurant?

Even in today’s social media era, where many people share what they’re eating for lunch or how they’re dealing with an episode of depression, we tend to shy away from writing and art that makes us think about the most difficult, complicated parts of life, like surviving after sexual assault or losing a parent to AIDS. “We have a culture that tends to back away,” Melanie said, physically moving back in her chair with the words.

“Let’s lean in closer to grief and loss and illness—and all of those experiences that nobody is going to escape this world without facing.”

I told her about an outing my friends and I went on last summer, a day trip to Newport, Rhode Island. We were sitting around a couple of tables at a local pub when one friend mentioned that his aunt had recently died. After a few moments of condolences, another friend talked about her grandmother’s recent death. What she didn’t say was that her mom had also recently been diagnosed with cancer. Just like with writing about trauma, the important thing about being there in the moment when someone is going through a difficult time is just showing up. It’s important to witness that friend’s pain, without trying to fix or change it.

In college, my friends and I used to have a game that we’d play. We started it soon after the first semester started, when early talks of post-grad jobs and other stress were popping up frequently. The rule of the game was that we would talk about everything on our minds that we wanted to, and the listeners couldn’t offer any unsolicited advice or reassure us; they simply had to be there and acknowledge our feelings. If they felt similarly, they were allowed to tell us that, because it can be comforting to hear that someone has gone through an experience similar to yours. The important thing was that the listeners weren’t trying to make the person feel better. Honestly, if you’re worried about a parent’s recent medical diagnosis or whether or not you’ll be able to find a job after graduation, that’s not a situation any of your friends can change — and it’s incredibly transformative to have someone just to be there to support you, even if they can’t understand how you feel.

Writing about trauma is similar, and readers enter into an unspoken pact to witness whatever the author is writing about. Melanie and I talked about the limitations of writing a personal story, too. “In my memoir, I’m writing about AIDS, which is a cultural story, but I can’t write about it from the position of being a part of the LGBTQ community,” Melanie said. “I can’t take a platform that would try to represent that community. You can only tell a story through your own personal lens, and then you hope that it resonates.”

By the end of our restaurant meetup, I felt close to Melanie, almost as if we’d known each other for a long time, which is often how I feel after reading a memoir or a long personal essay written by someone else. There are so many vulnerable, honest versions of ourselves that we don’t show because we’re afraid, whether of the judgment from others, or of facing past trauma and being swallowed whole by it.

That’s why writers tell hard stories—because even when we’re still afraid, we need to know that we’ll survive this.

If you like this article, please share it! Your clicks keep us alive!
Tags
Memoir
writing
trauma
Healing
AIDS
mourning
loss
Sexual Assault