I Get Depressed Every Summer. This Year, I Decided To Find Out Why. 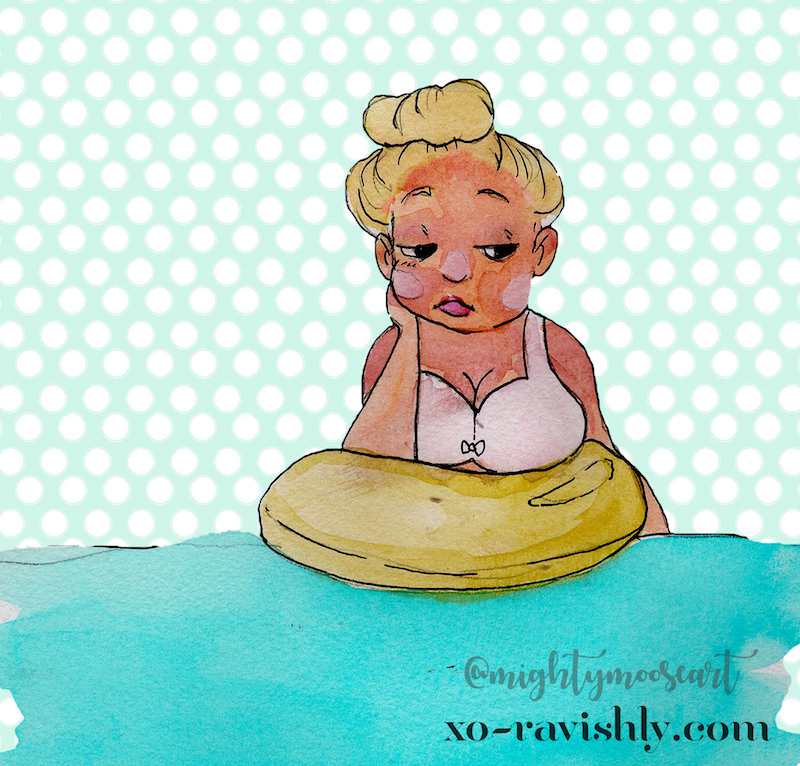 Sometimes, I have to stop and cry and wail and moan for a weekend, but then I get back up.

My favorite season is winter. I love the cold, the rain, the fog that covers my small California hometown in a lethal blanket every year. I love eating stew and rereading Bronte novels and wearing my Hufflepuff sweater way too many days in a row. I even have a tattoo of the lamppost from The Lion, the Witch, and the Wardrobe, partly because the book personifies winter for me. The first time I read it was on Christmas day, and when I finished, I turned right back to the beginning and started again. I wish I could do the same thing with winter every year.

It is the worst, not only because California summers are oppressively hot, but because summer is the place where my mental health goes to die. Every year, without fail, summer brings with it a depressive episode that makes the world feel like it spins at half its normal speed. The days aren’t just longer because we are closer to that treacherous eye of the Universe we call the sun — they’re also longer because they hurt more. I can feel every minute of summer, and I don’t want to.

I've always thought of this experience as a weird sort of inverted Seasonal Affective Disorder, and while that could be partially true, I think the real culprit here is my messy trauma and the fortress I have painstakingly constructed around it in a futile effort at containment. A solid 93% of the worst things that have ever happened to me happened in or around summertime, and I unwittingly treat the entire season like some sort of torturous anniversary.

Every May, I cringe my way through my birthday and then crawl my way through the psychic snake pit of summer. I try to look up as seldom as possible — well, tried to look up as seldom as possible. I'm trying to switch to the past tense. I want this summer to be different. Even though it feels in many ways like an encore performance of some of the ugliest and most distressing parts of my life, I want to take this season in stride instead of flopping onto the ground and letting it trample me into the searing hot sidewalk.

Some things hurt us so bad that we stop feeling them after a while, and sometimes those “things” are whole chunks of our lives.

I don’t want to love summer, necessarily. But I don’t want to dread it, either. I don’t want to spend three months of every year hitting pause and waiting for the heat wave to leave and take my trauma with it. Because I know deep down that trauma doesn’t work that way. It is not a thing I can sequester into a fraction of each year and then avoid at all costs by severing my self from myself.

It’s something I carry with me everywhere I go — a burden, yes, but also a token of all that I've survived.

So often, I forget that I survived. I am here, writing these exact words at this exact moment because of the summers I have lived through and continue to live through. When I think about summer in that way, the anniversary feels less like torture and more like triumph.

The brutal heat becomes a reminder to truly inhabit myself, to feel the weight and heft of my body instead of forgetting that I have one at all.

The long days are there to be filled with adventures galore, ones that I won't have time to schedule or plan because they are already happening, and not everything needs to be scheduled or planned in order to matter.

I don’t want to spend another summer waiting for winter. It took years to realize this, and even more years to act on it. This is the work of healing that no one mentions: you have to find the wounds you didn’t know you had. I didn’t know that I spent every summer in this weird emotional hibernation until I asked myself why I hated it so damn much. Some things hurt us so bad that we stop feeling them after a while, and sometimes those “things” are whole chunks of our lives.

I am going to live this summer. Everything in me is begging me to run and hide instead. Every step out the door feels like pulling teeth. Sometimes, I have to stop and cry and wail and moan for a weekend, but then I get back up. I call in my refills and I go to my therapy appointments. I draw tarot cards and read every day, and I eat when I’m hungry and sleep when I’m tired.

And I still hate summer. With a passion. It’s the worst of the four seasons — both literally and musically, as far as Vivaldi’s compositions go. The difference this time around the sun is that I’m not scared of it. I’m facing it head-on, and this time I’m going to look up as often as I can.

If you like this article, please share it! Your clicks keep us alive!
Tags
summer
SAD
Depression
trauma
PTSD
recovery
self-care
Healing