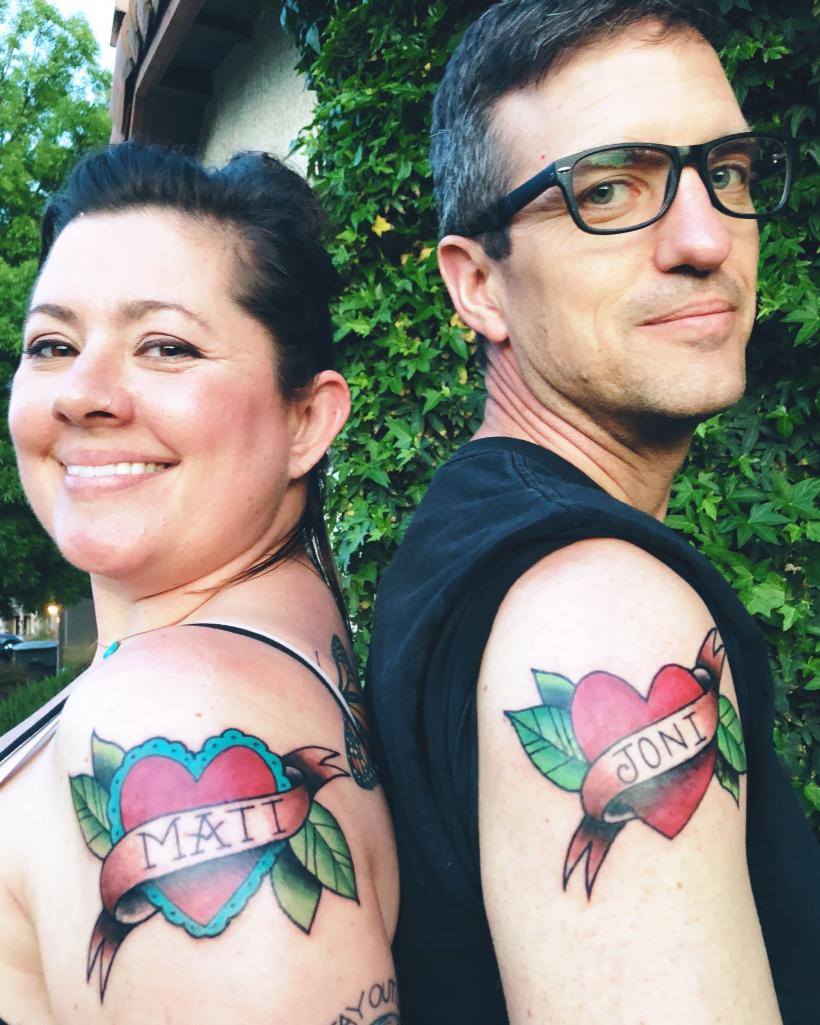 Doomed by our matching tattoos?

My husband and I have been in ours for almost eight years.

We crawled our way through the dissolution(s) of both of our previous marriages (while together, which is probably not the most wise way to start things off). We survived raising teenagers and two babies (though only barely). Tiny apartment, slightly less tiny apartment, purchase of a home, purchase of another home, we have prevailed. We practically soared through me starting a job in hospice, then quitting the job in hospice, then starting the job I have currently. We withstood him working away from home three days a week literally EVERY week (for almost nine years now). We made it past the seven-year itch. We have even beaten the abysmal Leo/Scorpio odds.

Entirely too long, really. I mean eight and a HALF years? No. It's time for this to end once and for all.

Surefire way to end a marriage? Tattoo your names on each other. 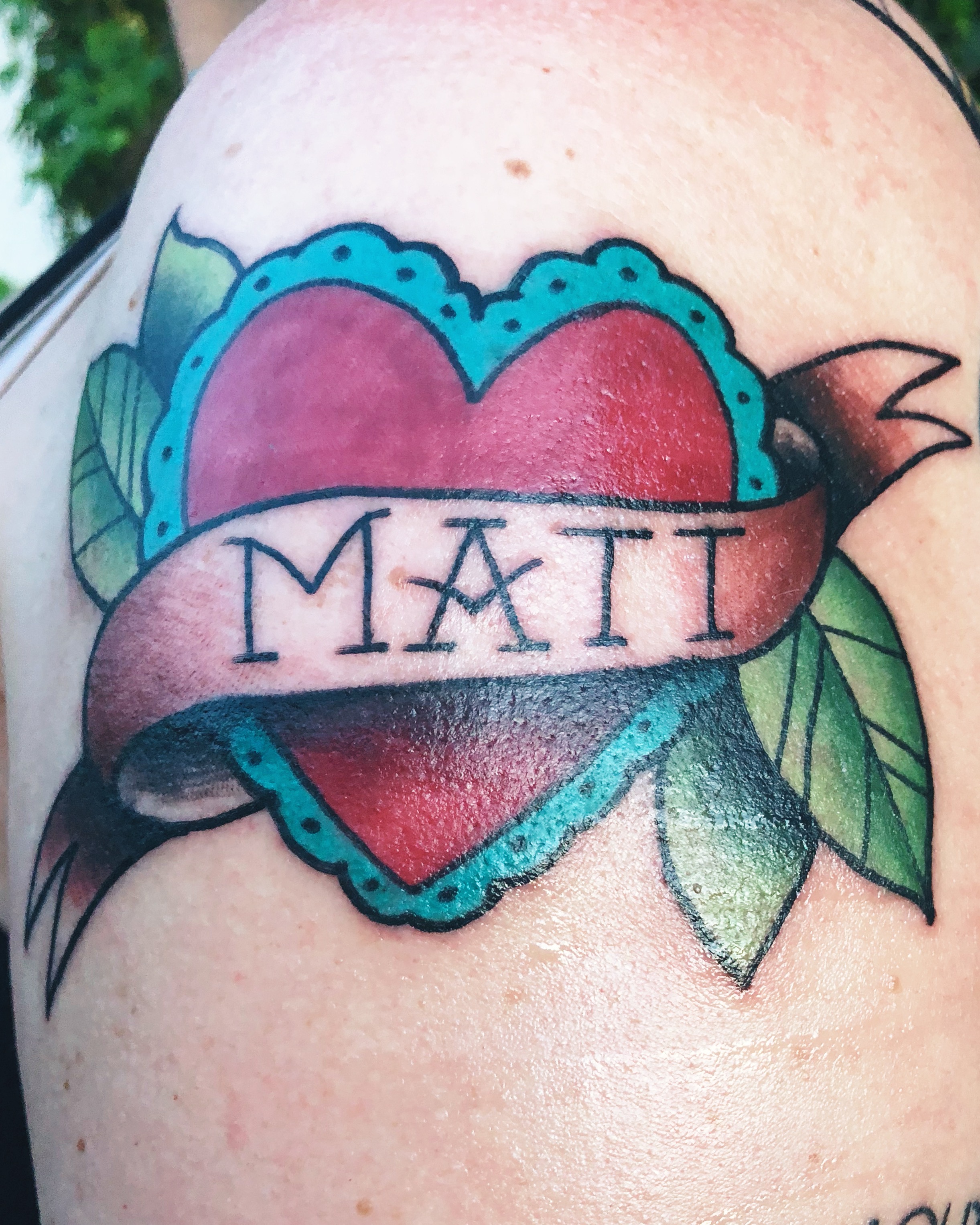 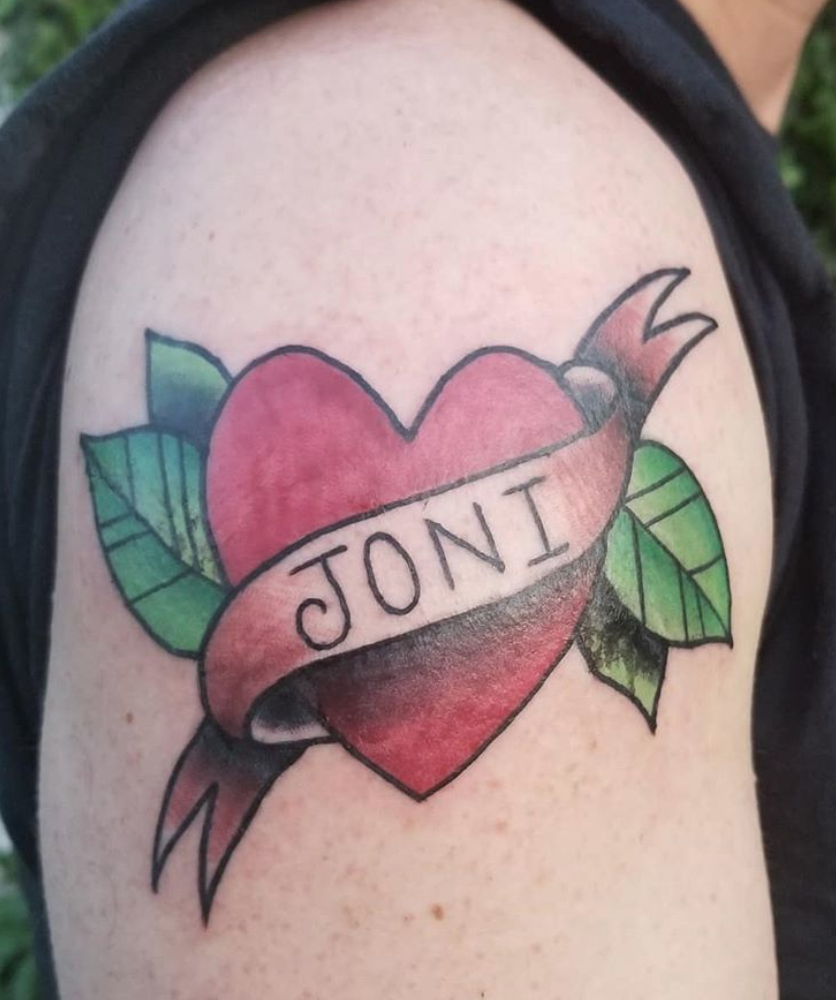 Look, HALF of marriages end in divorce, I'm just trying to speed up the process here.

I know it's over because at least three people have told me that if you have your partner's name tattooed literally anywhere on your body (but especially if it's visible), your relationship is going to fall apart.

Wait, when is it supposed to go to shit? Like as soon as you leave the tattoo place or after it's healed or? In a year? Ten? In the last 24 hours (since we left the tattoo studio) I have had people tell me they "respect my decision" (like I joined a cult of something?). I have had folks suggest alternative tattoo ideas, but instead of names why don't you do _____? I have had people outright tell me that my marriage is as good as over.

Do you hear how absurd you sound?

I'm not saying relationships don't go to hell; I'm just saying, if it's going to hell it's not going to hell because his name is tattooed on my arm (or mine is on his). There are a lot of reasons that relationships go to hell — cheating, fundamental moral differences, financial struggles, extraordinarily stressful circumstances (death of a child, for example), people being assholes — but tattoos are nowhere on the list of "reasons people get divorced."

Why would you even want your partners name on your body?

Well, why wouldn't I? I wear a ring. My social media profiles show me as "married" — many of them even list my husband's name. I tell people I'm married. My husband is my partner in crime. He is my right-hand man. My person. In fact, Google me. First autocomplete?

If you want to Google "joni edelman husband," you'll find my husband is a programmer at Paypal, has given many public talks, and is very, very hot.

I'm clearly not trying to hide the fact that I'm married, so why not plaster his name on my body in permanent ink?

And anyway, if tattoos do cause divorce, I now have fodder for my forthcoming memoir, Tattoos: They Cause Divorce.

If you like this article, please share it! Your clicks keep us alive!
Tags
couples
marriage
Tattoo
name tattoos
relationship