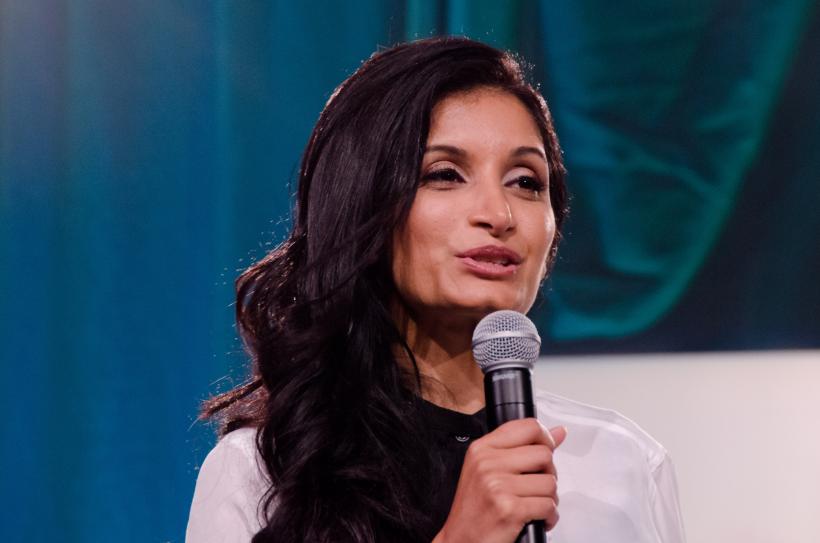 As the co-chairman and CEO of Health 2.0—a company that promotes, showcases and catalyzes new technologies in health care—Indu Subaiya is at the forefront of a movement revolutionizing the medical industry. Since launching the organization seven years ago, she's helped support everything from a website to compare health care prices to watch sensors designed for fitness management. Up next, she sees innovations like Google Glass and apps for bar-code scanning further transforming health and wellness in ways not imaginable even a few years ago.

When not fostering groundbreaking advances in this exciting and rapidly evolving field, Subaiya takes her talents behind the camera. Her passion for filmmaking has both informed her work in the health care industry and enabled her to write and direct independent films, including an upcoming short film shot in her native India.

We spoke with Subaiya about "mind-bending" new tech, the power of film and how to empower other female entrepreneurs.

What drew you the field of health care technology?

I started my career going to medical school right after college, and at the time I thought I would practice clinical medicine and be a doctor. But somewhere in my third year of medical school I got really interested in technology. This was in the early days of e-health, and I made the decision at the time to go into work in the business of health care as opposed to residency and becoming a practicing clinician. That drew me to San Francisco in 2000, where I went into consulting.

What sparked your interest in medical technology specifically?

I'd been really frustrated with the inconsistency of health care as far back as medical school, but also from using the health care system personally—in going to see my doctor and not having access to my records, or waiting long hours for an appointment.

Being in San Francisco in the early 2000s, technology was revolutionizing every other industry, and there was such a stark contrast to the field of health care. It was the birth of web 2.0—software that allowed you to connect with others and do social sharing. With the likes of Google and Facebook and eventually Twitter, we began asking what would happen if we used these network technologies in health. That led us to coin Health 2.0, and a landscape grew up around that.

Tell us more about Health 2.0.

In 2006, I met my partner Matthew Holt, an established blogger and health care industry analyst. I at the time was working at a startup dealing with technology in health, and we both decided we would do an event together. From his standpoint, it would help him with his blog, and I would be able to interface with this new industry around the technology framework of health. We had our first conference in 2007 and 500 people came. There was a waitlist, and Google and Microsoft participated. We ended up saying, Maybe this is a venture worth continuing.

2006 is when Twitter launched, and I believe that's the year the iPhone came out. There wasn't even an app store in 2006. If you think about Health 2.0 and all types of digital health technology, so many have been enabled by apps for health, yet none of that existed even seven years ago. The conference was a place where something new and exciting was happening to enable tech.

How has the company changed since then?

The event still remains the biggest focus, and it's grown from 500 to 2,000 people in Silicon Valley. We now see applications from hundreds of companies around the world, and we also launch new companies at the event. We launched Castlight Health, which allows you to shop for health care prices and which IPO'd this year. We also launched Basis, which was bought by Intel and which does watch sensors for fitness. Every year, about 10 companies debut to the public for the first time. In addition, we do about 150 live tech demos on stage. 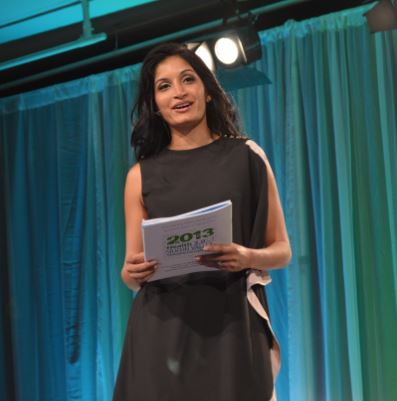 We've also grown the conference to Dubai, India, Europe and Latin America. There are 75 chapters of Health 2.0 in different cities—everywhere from Africa to Europe.

The conference is still the biggest focus, but along the way, we also started a program called the Developer Challenge. We pair health care companies—hospitals, health plans, foundations, medical records companies—with young innovator developer types in this challenge format. So, say a company is looking for a solution for kids to track fitness; teams compete by building solutions, then win a prize given by a sponsor.

We found that companies are being built in 12 weeks as opposed to years. People already know the solution customers want. This method of rapid prototyping and development has yielded incredible solutions.

What are some of the most groundbreaking innovations in modern health care technology?

There's definitely a huge trend in wearable technology, like T-shirts that help you when you work out by tracking breathing rate and heart rate. We're going to be wearing everything from jewelry to watches to track aspects of our health. This is fascinating to me and growing really rapidly. It's even now going to the brain, with tech to track how stressed out you are. A couple companies doing this are debuting this fall. It's sort of mind-bending.

There are also now applications of Google Glass in health. I've seen cool examples of doctors using Glass to learn more about a patient before they enter surgery, or using it in surgery. It can also be used for patients who have memory loss; photos can help them recognize people they otherwise wouldn't.

There's a whole group of companies working with avatars, whether it's an actual teddy bear that helps kids take their meds, or virtual avatars to diagnose depression, talking to patients through the TV screen.

One of my favorites right now is My Fitness Pal, whose founders will be on stage this fall. One of the things I admire about what they've done, is that you can take a photo of a bar code and it tells you what's in the food. That's amazing.

You're also passionate about filmmaking. How have you integrated this into your health care tech work?

We've always produced Health 2.0 videos. We've done stories on patients who've had incredible journeys, or short documentaries on physicians who are doing extraordinary things. Over the years at Health 2.0, we have put out short films, and have loved the power of the storytelling aspect of film. An event is a live performance, and film extends that and allows you to reach even more people.

When not doing film for Health 2.0, I work on short films and narrative films, and write and produce separately from that. One is in post-production right now—a short film I did in India that will hopefully come out in a couple months. We were fortunate to land one of the leading stage actors in India for the lead role in the film. It's called The Apartment and will be coming out later this year.

I'm also working on a feature film in the script stage. It's a sci-fi project about, interestingly enough, how artificial intelligence has come to bear on the life of a woman who's a mom. It's about how tech is allowing us to multitask.

What drew you to filmmaking?

I've always loved to write and film is a way to write—but it's reaching a really wide audience through a different interface. I also love the collaborative energy of film—that you can touch and feel it and interact with others.

How have you helped other female entrepreneurs?

I was asked to join Science Runway, a new model for helping young women pursue careers in science. You can be a mentor and share your story. I was asked to be on a panel at Cornell, my alma mater, to talk specifically about being a female entrepreneur.

I definitely speak to groups that are women-focused and deal with women in health. It's important—for example, there's a website that just put out how many women speakers are on stage at leading health conferences. We found that we were at 40%—better than others at 12% or 15%, but not great, and we need to do better. So, for me advocacy is about representing and showing the face of a woman in a male-dominated industry. Health tech follows the same pattern. At Health 2.0, I'll never program a panel that's all men, and we always look to balance our speakers.

What advice do you have for other female entrepreneurs?

It's interesting because on the one hand, I think not thinking so much about being a woman has helped me. When you constantly frame yourself around being a woman, you might be too self-conscious about it, which might hold you back in ways you don't think about. Then somebody points out—oh you're right, there are three of us in a room of 100! Still, I don't see the world only through the lens of being a female entrepreneur. I'm an entrepreneur, period.

I do think you should take advantage of resources designed specifically to help women. In any city you're in—are there women in business groups? Alumni groups? But I also think you sometimes have to turn that off and not pigeonhole yourself that way.

If you like this article, please share it! Your clicks keep us alive!
Tags
Indu Subaiya
Health 2.0. tech
fitness
health
Google Glass