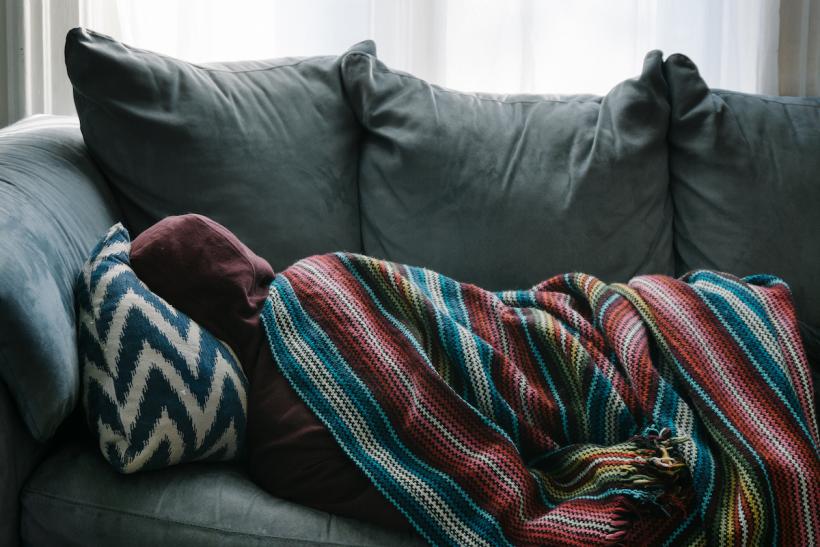 Photo by Rex Pickar on Unsplash

Like a lot of women in America, I’m a huge fan of Nora Ephron. The HBO documentary on her life, Everything is Copy, was a window into the feel-good films I was raised on (Sleepless in Seattle, When Harry Met Sally, You’ve Got Mail), the films that solidified my love of Meryl Streep (Heartburn, Silkwood), and what is to this day some of the best advice on writing I’ve ever heard.

One of those pieces of advice — that everything is copy — was Ephron’s personal motto and subsequently became a phrase that has guided my writing for years. It means that every experience you have is fodder for writing. Every scrap of your life, in some way, is usable. But toward the end of the documentary, I learned that Ephron didn’t always live by her own code. Friend after friend, from Meryl Streep to Albert Brooks to Bette Midler, confessed confusion and anger over her death. They had no idea she was sick and were devastated that she would keep something so serious from them. I, in turn, had no idea that I wasn’t alone in my experience.

I will never stop thinking about the psychological impacts on children who are asked to ignore what is happening before their very eyes. I will meditate for the rest of my life over what, if anything, could have gone differently.

I’ve written a few columns over the years on what it’s like to be an only child. But I’ve never written extensively on the brother and sister I had not by blood but by choice, who are no longer in my life in any tangible way. The details of Nora Ephron’s death moved me to confront this pain, this end of relationships for no identifiable reason.

Maryland is expecting another snow this week. It’s winter. The smell of woodstoves burning takes me back to the basement of my second home, the overlapping reels of playing Mousetrap and hide-and-seek. I grew up with my mother’s best friend as my second mother; her children as my brother and sister. I saw more of their father than I did of my own.

This second family of mine was responsible for the happiest moments of my childhood.

As an only child, I relished the time I spent alone writing stories and dreaming up adventures for my model horses. But playing with David* and Sarah* meant acting out adventures in real time with real kids. It meant having someone to build a blanket fort and race in laps across the pool with. And it meant the occasional fights — like when David took my beloved stick horse and knocked its head off with a majorette baton — that were always followed by two mothers and two fathers to wipe away the tears, to make things right among us again.

Bill*, their father, was the one who took my broken stick horse and put it back together. I repaid him as best I could at the time, by sneaking him drinks on the house from our yard sale lemonade stand and being oh so careful not to bump his collectable Lionel trains during some of our more rambunctious games. We were fond of cops and robbers, a game obviously inspired by Bill’s work as a police officer. Growing up was about admiring his fancy belt and all the gadgets it held, while growing older was about admiring the way he put his life on the line and celebrating his promotions.

You Might Also Like: How To Cope If Chronic Illness Is Harming Your Relationship Or Love Life

But not long after high school, I started noticing a change in Bill. Once boisterous, opinionated, and at times overly supervisory, he became quiet and distant. He started having trouble with his speech and no longer annunciated words properly. Whole sentences would trail off into nothing. His eyes, once so attentive, became flat. I often felt that he was staring right through me.

My parents noticed Bill’s deterioration too. “It has to be Parkinson’s,” I remember my mom telling me. “All the signs are there.” But from Bill and his wife, Ann, there was radio silence. My mom’s questions resulted in warnings not to ask again.

Every dinner, celebration, and holiday became a game of pretend, and not the fun kind from our childhood.

Eventually, he was barely able to hug me goodbye or say my name. I had to bottle up my tears until we got home and I could cry with my mom, and the closeness with my chosen family now felt like an impossible chasm to bridge.

Bill passed away in 2012, and the cause of death was never stated in his obituary. We were not invited to the funeral, and I haven’t seen Ann since the viewing. To this day, when I run into David and talk to him, the unspoken hangs over us like a cloud. Sarah and I chat every once in a while, but her father and his death are never mentioned. I see my little sister all grown up after years of no communication, and my heart breaks in half when I think of all the nights we spent snuggled under her duvet, whispering our deepest secrets across the pillows. After watching a family fracture under a secret’s weight, I realize that I took for granted all those years of trust and belonging.

I’ve wondered for a long time what makes people keep such obvious things from their closest family and friends; what makes them look at help and decide that it’s hurt. I will always grieve the loss of my second father, whom I could not fully grieve during his actual decline. I will never stop thinking about the psychological impacts on children who are asked to ignore what is happening before their very eyes. I will meditate for the rest of my life over what, if anything, could have gone differently.

Illness is intensely personal, but it never affects the person diagnosed alone.

I am glad that my second father is finally at peace after a long period of suffering. I hope, someday, that his family will find peace too.

If you like this article, please share it! Your clicks keep us alive!
Tags
illness
Secrets
Nora Ephron
health
chosen family