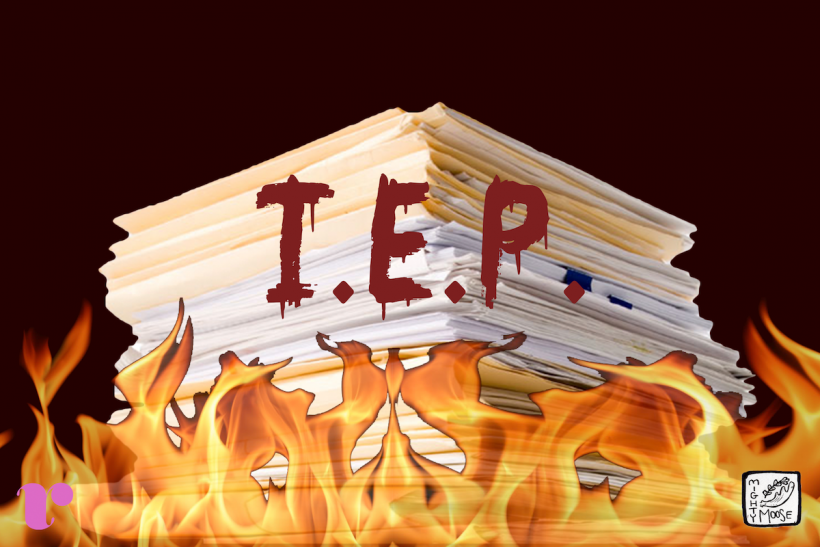 The IEP (Individualized Education Plan) was a time of the year I dreaded the most growing up. It was a time of year where my otherwise normal childhood was put on hold in exchange for my flaws to be pointed out like some sort of ugly sorority girl during her initiation during rush week.

Although the IEP meeting had good intentions to help me, it led me down a path of low self esteem and a lot of self doubt.

I was a kid in the 90's, born with a severe visual impairment and some behavioral issues that later became diagnosed as anxiety in my adult life. I was a rarity amongst my peers since I was put in mainstream classes, while most students like me were still often segregated in Title 1 and Special Education classes. Growing up, I felt like some kind of weird experiment to the teachers I had who'd never dealt with a legally blind child before. Some were greater than others, as they would be more discrete of my needs. Photocopying my books on normal paper instead of giant poster boards was always a welcome sign of a teacher doing things right so I wouldn't stick out like a sore thumb.

But when the time came each year to revisit the IEP, it became a time where I often felt violated, a prime example being the infamous "lady with a clipboard" who would spend time sitting behind me for a few days, jotting down more bad things than good. I became more aware of her intentions around third grade when my parents grounded me for not using my assistive devices during a class project with a group of kids I didn't know too well.

It wasn't until the middle of fifth grade that I first became aware that every aspect of my life was penned like I was some sort of science experiment, my flaws listed more than my strengths, goals made that I either didn't feel like I needed to accomplish or was already accomplishing, even though the sentences always started with "Amanda will..." I didn't see it as a positive way to help me despite its good intentions, since its onset brought on more negativity.

That feeling of failure follows me everywhere now, and I don't know how to make it go away.

When middle school hit, I was finally able to attend my own meetings, but the vibe was still the same. My feelings and sense of advocacy felt so small compared to the adults in the room. Whenever I would discuss my needs and my feelings toward the goals set for me, I would often feel cut off and dismissed, frequently leaving the meetings sick to my stomach and in tears.

The day I had my last meeting in high school was the best day of my life, knowing I would never be treated like an experiment again, and that I could finally set my own goals without a tribal council dictating my every move.

But even a decade later, I often feel that vibe to this day, especially in my work where my sales are monitored by — you guessed it — a man with a clipboard.

Still, to this day, I strive to be perfect and often get psyched out upon knowing I'm being monitored, bad to the point where I make more mistakes than I normally would. It's one thing to be given constructive criticism, but to be constantly reminded of my flaws and nothing else is another. Although I now know that the "man with a clipboard" offers me the help I need to better adjust my pitch and gives the feedback I need in a better way than the IEP did, it took me months to feel more at ease about it than it did for my peers. That feeling of failure follows me everywhere now, and I don't know how to make it go away.

For those who sit on the other side of that table, please remember that your students are people who need that bit of positivity sprinkled amongst their needs. A student should never be afraid to speak up about issues they have, nor feel violated when something does go awry during "clipboard season." An IEP or evaluation should never feel like a personal attack ridden with what a student can't do. They should focus on what they can do as well, for in the long run, those positive qualities can help the student thrive.

The personal effects of the IEP isn't something one just can "get over."

In a world where ableist mindsets are still a thing, teachers and parents need to realize that their students will one day become adults, and if a sense of self-advocacy in a positive light can't be delivered at a young age, it makes it harder for a student to find their voice and self esteem to make it in this world. Please don't demean us by focusing on all the negatives. A little positivity can go a long way.

The Maddening Difficulties Of Going On Mental Health Disability

I'm Tired Of Being "High Functioning"

If you like this article, please share it! Your clicks keep us alive!
Tags
IEP
school
special education
blindness
disability
ableism
PTSD

My IEP Gave Me PTSD: A Student's Perspective
Mandy Ree