Kelly Carlin: Author Of A Carlin Home Companion: Growing Up With George 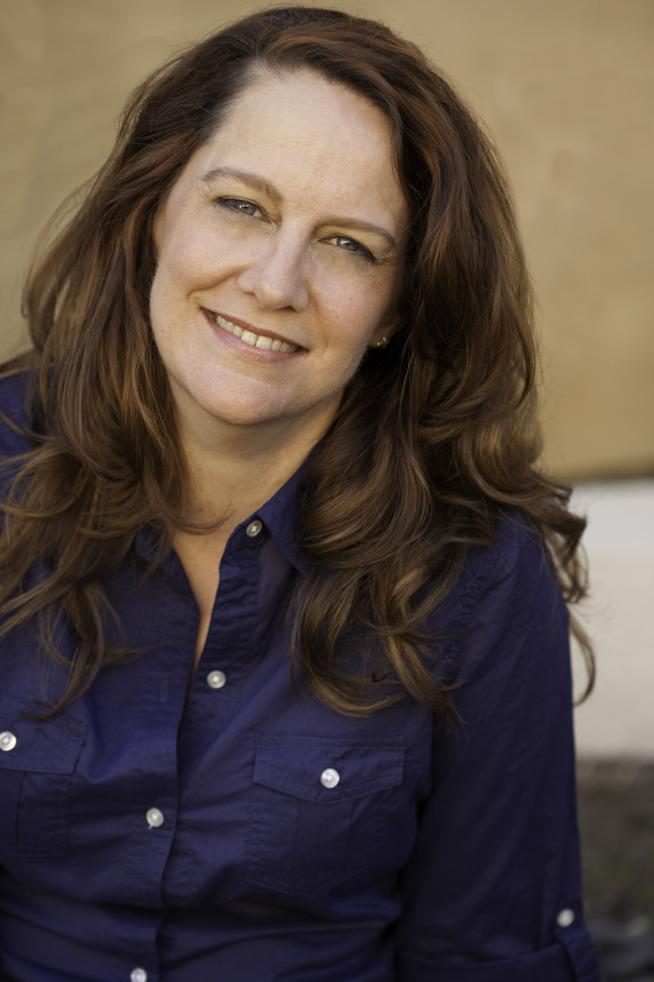 As women, we all know the difficulty of surviving challenges and discovering our truth. And if your father happens to be George Carlin, that doesn’t make it any easier. In her memoir, A Carlin Home Companion, Kelly Carlin shares stories about being the daughter of a comedy legend, but she also opens up about the less than glamorous parts of her life. She doesn’t shy away from discussing her struggles with addiction, love, domestic violence, death, and bad decisions. But it’s not all gloom — her story is also about finding her path and becoming a stronger, more grounded woman.

I recently sat down with Kelly to discuss the book, spirituality, and her deep desire to connect with women facing difficult times.

Why did you decide to write A Carlin Home Companion?

I always felt I had a great survivor story. I went through a lot of things in my childhood, teens, and in my 20s and 30s. I believe it’s kind of my prerogative to share those things about my journey and to help other people who may have felt as lost as I did at one point in my life. A lot of us walk around thinking we can’t talk about what is going on because people will think we are crazy, bad, or broken in some way.

When my dad died, one of the things I really noticed was how people blindly worshipped him. The guy was a genius, and I really miss him and what he would say about the world. His work changed people’s lives and culture. That’s an incredible thing. People thought he was a God, but he wasn’t. He was a human and he wouldn’t have wanted people to worship him that way. So, I really wanted to give the fans a more 360 degree experience of my father. He was just like the rest of us. He was at times terrified, confused, and not making great decisions. And yet he was still loving, loyal, creative, and a really good human being — all at the same time.

In the book, you talk about your father’s “big teaching moments.” Why were those moments so important to you?

There were these moments where you could see it on my Dad’s face. It was an opportunity to impart some life wisdom. Being connected to my dad in that way and him seeing the importance of being a parent in that moment. He never knew his father, so he didn’t have a role model for that.

One of the most dramatic moments was [when he took me to] Kent State. I had no ability to really understand what was going on in the world at that time. But, having my dad want me to understand that we need to speak our truth and fight against the powers that be who are trying to oppress people and making bad decisions for the collective. That’s heady stuff to teach a 9 or 10 year old.

What would surprise people the most about your father?

His sentimentality. One huge example of that is after my mother died, he rushed home because he had been on the road. He had taken a tissue and wiped her tears at the hospital. She was in the ICU in a coma, attached to tons of machines. A year later, I found a Ziploc bag with a handwritten note and the tissue. [The note said] “This is the last day that Brenda was alive.” He had an enormous heart.

In the book you talk about how Buddhism has had a role in your journey. How did you find your spiritual path?

I had always been a closeted spiritual person. I’ve always been fascinated by all sorts of different paths, but had never really taken action. When my mother died, I was almost 35 and it was a real wake-up time for me. I spent a lot of decades screwing around, trying to find myself, and what I wanted in the world. I was no longer going to let my fear stop me.

One of the things I wanted to learn was how to live a more contemplative life and pursue the things I thought Buddhism could give me, [such as] a more unattached perspective about life, emotions, and how to cope with death. I felt our family did a pretty poor job dealing with my mother’s death. I wanted to do something different, so I just started pursuing it. I jumped into it by signing up for a five-day retreat. I had never meditated for more than five minutes before in my life. It was a beautiful revelatory experience. I was lucky I got connected to a group of people and a teacher who I could relate to and wasn’t too full of dogma and ritual. I let myself surrender to it and immerse myself in it.

A few years ago, you started a podcast, "Waking From The American Dream." What has been the evolution of working in that medium for you?

The podcast gave me permission to really find my voice, to risk speaking my truth and just put it out there. The first year and a half I did the podcast, I worried what people would think of me. I got guests I knew everyone would really like and be popular.  After that I just talked to people I wanted to have interesting conversations with. The whole point of "Waking From The American Dream" is to talk to people who are outside the mainstream, taking a path and doing life differently from the rest of us or what we think we are supposed to be doing. It has been a place for me to stake my claim, my territory and say “This is who I am and what I think about it.”

Now that your book has been released, what do you think your next book will be about?

I want to write a book that is more directly connected to women’s paths toward wholeness. There’s a spark that gets lit inside of me when I’m in a room full of women who are at a tipping point in their lives, who want to choose more for themselves and want more meaning, depth, purpose, and more freedom to express themselves. For me, that is the juiciest place. I am really leaning towards doing a book that serves that space. To share my own dance with all of that in my life, some of which is in my memoir. Trying to find our own way and stay true to ourselves. A lot of people can relate to it. We’re all humans. We’re all trying to get our shit together.

What other projects are you working on for the future?

Most of all, I want to write another book, but I also have an idea for a television show. My solo theatrical show, [which the book is based on] has its full run next year and after we shoot a DVD of it, I’d love to do another theatre piece. I love live theatre and the power of it.

If you like this article, please share it! Your clicks keep us alive!
Tags
Kelly Carlin
George Carlin
Waking Up From The American Dream