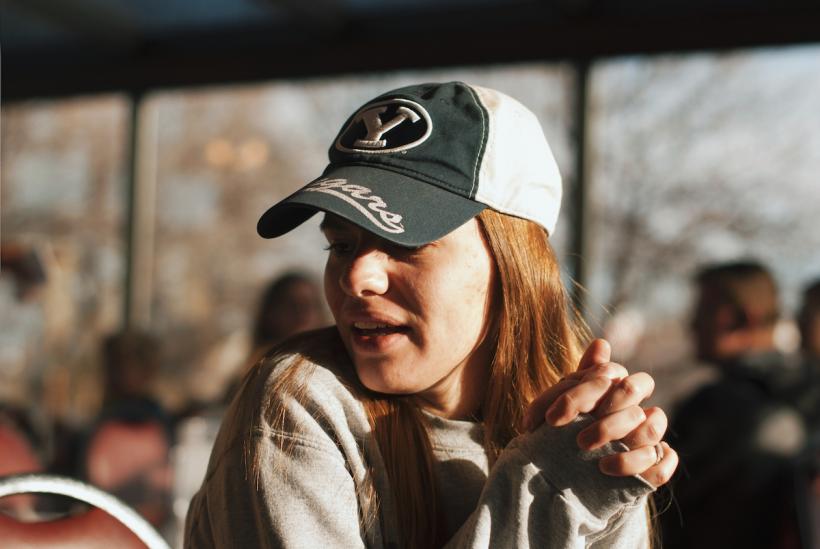 You watch beads of rain paint streaks down the fogged-up window beside your booth. You find yourself far more invested in the way each streak, at some point, squiggles into another than you are in talking about the fact that it's raining outside.

You're out to lunch with your business partner, a client, a colleague, a date, when they drop a "It's pretty nasty out there, huh?" on you. It's always some iteration of that, anyway: "Ugh, it's raining cats and dogs today!" or "Looks like it's going to rain all day..." or "Yikes, it's really coming down out there." Or perhaps it's nothing more than the simple acknowledgment that, "Ah, it's raining."

And I bet you know what's to follow — and it's not the coffee order you put in ages ago. It's a few more unbearable moments of riveting traffic talk: "Traffic was so bad this morning... ah, the rain." Maybe it's posed as a question: "This miserable weather has the traffic all backed up — what route did you take today?"

The traffic is less than favorable — though no one really cares how or to what extent it affected your commute.

Can you hear the shower smacking the sidewalk outside the cafe? It sounds a lot more satisfying than the small talk to which you've been subjected, doesn't it? That's because small talk is about as dreary as the murky skies and as painfully vexing as the overcrowded parkway.

That small talk is the monotonous manifestation of one's inability to cultivate or, perhaps, disinterest in connected communication is nothing new, of course. Research out of the University of Arizona and Washington University in St. Louis in 2010 explores the differences in conversations that those deemed happy and those who are considerably unhappy have. Of the more than 20,000 conversation clips of 79 participants who wore recording devices over four days, some were prosaic chit chat and others were genuine dialogue — expressive, pointed, dimensional, objectively stimulating, involved. And the results, published in the journal Psychological Science, suggest that the happier participants had twice as many substantive conversations and just one third the amount of surface-level small talk as those who were considered unhappy.

It should be relegated to the inevitably awkward elevator ride alongside the colleague with whom you haven't yet gotten to formally meet and converse. It should be left to those untimely run-ins with your unnecessarily loud nextdoor neighbor, only because you want to keep it cordial at best. And it should be meant for if you ever have to face your ex-fling whose number you don't want them to know you still regularly dial and delete.

For all the times that small talk has no place (every single other time ever), here are 10 real conversation starters you can try instead.

2. What single invention would you un-invent if you could?

3. Would you rather be hated or forgotten?

4. Do you think people are ethically obliged to improve themselves?

6. What do you currently think is most likely to bring about the extinction of the human race?

7. Would you rather be happy and content with never having achieved much, or never satisfied though you've achieved a lot?

8. What was the biggest risk you've taken in your life that has worked out for you thus far?

9. In what ways are you your own worst enemy?

10. Has anything happened in your life that's forever changed the way you think?

If you like this article, please share it! Your clicks keep us alive!
Tags
small talk
communication
mental health
awkward
conversation