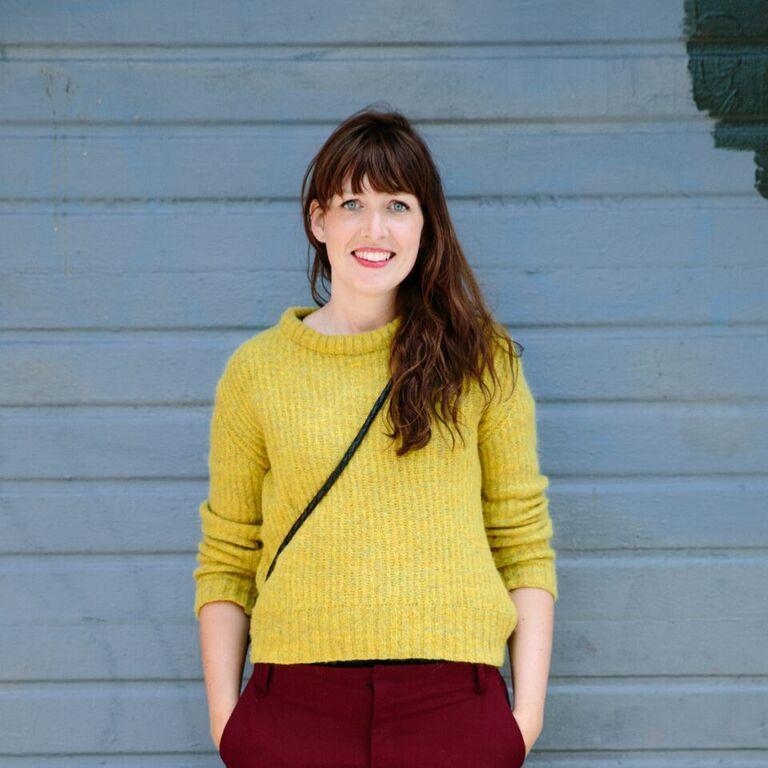 What are you up to today?
I'm just wandering around. I arrived last night, so this is my first stroll around the area.

Where did you arrive from?
Amsterdam. It was a really long day yesterday.

How long did it take?
I had to transfer two times so it took 24 hours in total. It was crazy.

What brought you here to San Francisco?
I used to work for Scotch & Soda—there's a store on Grant in SF. It's a Dutch brand, but it's sold internationally. We used to do these shopping trips, and I still had San Francisco and Portland on my wish list. So I thought, I'm going to go!

What do you do?
I'm an illustrator. I do a lot of illustrations for fashion brands—like Tommy Hilfiger, and some Dutch brands. I do things like create graphics and wall paintings, and whatever has to be drawn.

Did you start out being interested in fashion or just illustration in general?
A combination of both. Later, I was asked to work at Scotch & Soda—I never thought about working for a fashion brand, but then it all mixed together and I still work in that area.

What's a fun project that you've worked on recently?
My favorite is Love Stories. It's a lingerie brand, and it's super fun! It's like a mix and match of whatever and it has this sort of Coachella feeling to it, so I can go crazy on patterns and wall paintings. So, everything is possible.

Who or what has inspired you lately?
Andy Warhol—always. Old sketches from Andy Warhol are my big inspiration. There's also this book called "Books!" It's a kid's illustration book, and it's so fun and free in the way it's drawn. I really like the feeling of it. I also just passed by this dark green and pink house, and that's also stuck in my head, so then suddenly I'll have to use it some way.

Ah, so just a color combination that you saw on the street?
Yeah, it could be anything.

What's a recent challenge that you've overcome?
Traveling on my own. I have a boyfriend, but he has so little money so I was wondering, "Am I going to wait for him, or am I going to do it on my own?"

So are you traveling solo on this trip?
Yeah, for one month.

Wow, that's exciting! What other places do you have planned?
Portland, and if I hear about someplace else, or whatever, I'm just going to go there too.

Is it just for your own personal research?
Yeah. I see so many cool things happening in San Francisco and Portland, creative-wise. So I thought, "Okay, let's go there; let's explore."

Any specific things that you plan to see in San Francisco?
I don't have anything specifically. I just read about the Mission, so I'm just going to walk around and see. I'm also staying with this designer in Portland—Emily Katz. She does a lot of macramé—it's really cool stuff. I think she'll have some good ideas of places to go as well.

Do you know each other from school or work?
No, off this website called Behomm. It's this housing exchange for creative people. (So, architects, designers, whatever.) They have their houses on the site, and then you can do an exchange.

Wow, that's a really cool idea!
Yeah, it's sort of like Airbnb but you don't pay for it because it's done as an exchange. One of my friends is on there as well, and she arranged an exchange because she has a house in Ibiza. So Emily in Portland is going to Ibiza and I can stay in Emily's house.

One last thing: Tell me about what you're wearing today!
Well, it's really bad—it's actually all from Zara.

Really? That's great though—I like the color combination!
It's more because I didn't bring that much, and I had to wear pants and a sweater, so I thought, "Okay, what else?"