Take The Cake: Breaking Up With My Family, Part 2 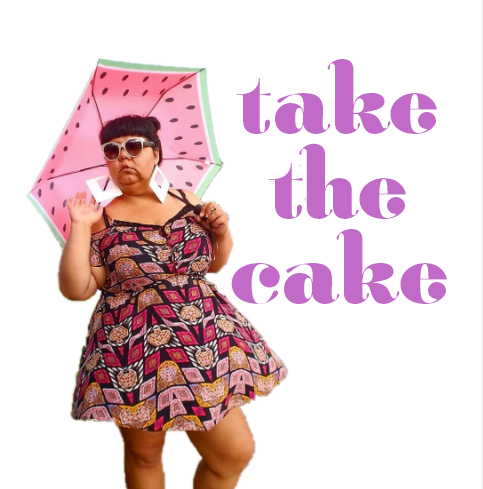 "After trying to avoid completely ceasing communication with both my mother and grandmother, I realized I had come to the end of another road."

I had just ended a 3-year relationship.

The breakup had been on the horizon for months. I’d been traveling for work for weeks on end. I would come home for one or two nights, we would spend a few awkward and semi-lucid hours together, and then it would be time for him to drop me off at the airport again. Over and over.

It’s true what they say about how leaving home gives a person perspective. The longer I was away, the less our coupling made sense to me. I knew I hadn’t done the emotional work that a serious relationship requires. I was still in survival mode.

I was not — am not — open to vulnerability and trust. I haven’t been since I was seven years old. My wounded self takes over completely when I’m in a romantic relationship. Intimacy should be joyful, but the lens of trauma distorts it into something deeply taxing, suspicious, painful, and angering.

I can’t even feel the walls go up. They’re just there, like an uninvited third party.

A few days before Thanksgiving, I woke up and I knew I had to leave. I knew my departure was a surprise to him, but I’d been telling my family about my growing restlessness for quite some time. I tried to explain to my grandmother — the woman who raised me — that I wasn’t ready to get married. She would say cryptic things that I interpreted as warnings about my age and my looks.

Three days before Christmas Eve, I finally got up the nerve to call them. My grandmother answered the phone. Each time I tried to tell her, she would intentionally mishear me. I said, “I’m not coming.” She replied, “What time are you going to be here?” I repeated myself and she said, “OK, so around 2 p.m.?”

I’d spent years listening to her tell strangers I was ugly. Growing up, I remember watching her triumphantly wear the clothes I’d outgrown after another failed diet.

When I was a kid, I watched her cry almost every day because she was so unhappy about her marriage and her experience of motherhood, but she never missed an opportunity to speak mercilessly about other women who were single or child-free. I realized earlier this year that many times the things that hurt us the most are the things in which we are so deeply and so unwisely invested.

I decided I was going to hide the breakup from my mother and grandmother. I would tell them that I was spending the holiday with his family. I spent Thanksgiving by myself, actually. I ate Speculoos cheesecake bites in bed while watching Bob’s Burgers, and wandered around the nearly deserted streets of my neighborhood. It was, like, fucking glorious.

When it came time for Christmas, my terror began to mount as I thought about going home. My friends gave me the encouragement I needed to tell my family I wasn’t going to celebrate with them.

Three days before Christmas Eve, I finally got up the nerve to call them. My grandmother answered the phone. Each time I tried to tell her, she would intentionally mishear me. I said, “I’m not coming.” She replied, “What time are you going to be here?” I repeated myself and she said, “OK, so around 2 p.m.?” I finally hung up, railroaded. I guess I was going home after all.

My brain started to kick into last-minute preparation mode. And this was when the crystallization moment happened. I was getting ready to leave the house. My internal monologue went like this: “Well, I should probably go get presents since there are only three shopping days left. Oh, and I should probably get back together with my ex.”

I paused. I stood in actual shocked silence in the middle of my bedroom.

The two seemingly disparate ideas were, in fact, siblings, completely connected in their drive to make me and my desires disappear. I was forced to see something I’d been willfully ignoring for my entire life — I had always been treated like this.

I got to be the golden child, the center of the universe, as long as I put myself last. There had never been room for me. There had only been room for a persona, a sunshiney child-parent. They had always been fixated on my childhood. It finally made sense how the happiest time of their lives could be my darkest.

I had reached the end of a road I had been auto-piloting for about thirty years.

I called my grandmother back, spoke clearly and loudly that I would not be able to join them this year because I was seeing chosen family instead.

Over the next few months, I fumbled with setting boundaries I literally never thought I’d set in my life. With each new proclamation of my needs, there was a flare-up of the toxic patterns I’d always just accepted.

Patterns have a life of their own, and they were attempting to survive the loss of a core participant.

After trying to avoid completely ceasing communication with both my mother and grandmother, I realized I had come to the end of another road. I had to do it. I sent them a letter telling them I loved them very much, but I was tired of pretending I was OK. After years of non-consensually holding their trauma, I asked them to hold mine.

It’s really hard not speaking to them. When I’m tired or sad, I’m racked with shame and doubt. But I know better than to make decisions in that frame of mind. I am absolutely astonished, though, by how restored I feel and how much space has opened up inside me for healing and perspective. Things I never thought I deserved.

It’s been almost six months since we’ve spoken. I know now that the loving relationship I always craved with them was never going to be possible under the terms that we’d been living by, and I’ve reconciled that regret might be something I have to grapple with in the future.

I see now that more than a breakup, what I did was an incredible act of hope for me and my family. And, weirdly enough, Hope is my grandmother’s name.

If you like this article, please share it! Your clicks keep us alive!
Tags
take the cake
Virgie Tovar
breaking up with family
strained relationships