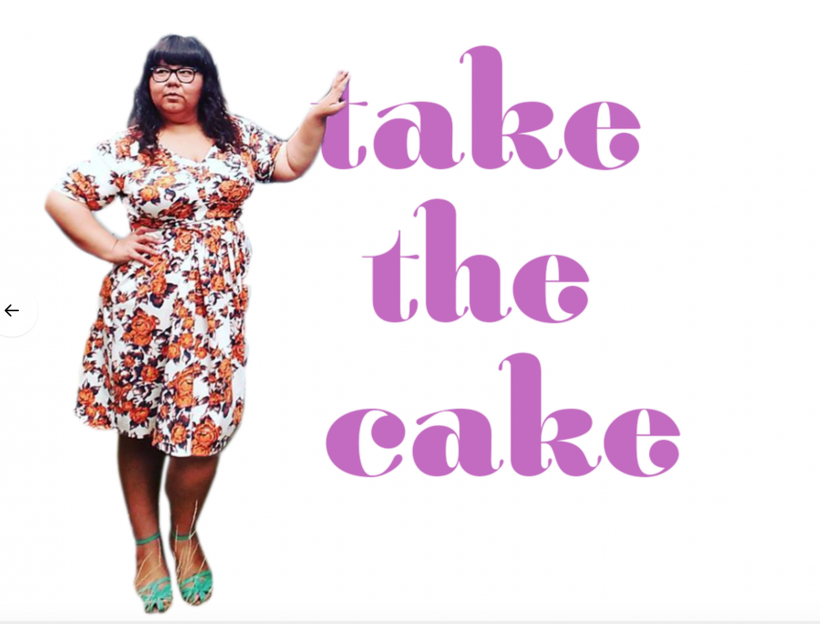 I became aware that my body creates static in establishments dedicated to amazing food. As a fat person, I’m not supposed to be there.

I remember the year when butter became popular in the U.S. again — when eating butter went from a sign that you were a horribly out-of-touch person with a death wish to the hallmark of a gourmand. I mean, I was on a diet, but I remember it the way some people remember where they were when the Challenger exploded.

I remember knowing that people like me weren’t allowed to put butter on toast (or anything really), but someone somewhere was.

Butter is one of those cultural artifacts that symbolizes something bigger. The material reality of butter is a small one — it usually fits on the tip of a knife — but the way we feel about the person who is wielding that knife tells us something about ourselves and the culture we inhabit. In many ways, the world feels like it could be split into two camps: people who get to eat butter and people who don’t.

As a 250-pound woman in our culture, I am in the latter camp.

I grew up eating Country Crock in the suburbs of the Bay Area. My family frequented buffets and Red Lobster. Eating out after church was a marker of success for my Mexican immigrant grandfather who had bootstrapped his way into the American Dream and a set of pretty amazing gold teeth.

My introduction to the gourmet experience started when I began dating way older, white-collar men in secret when I was seventeen because none of the boys my age would date me. I used a phone personals service that was free for me but pricey for men.

I became campy, crass, deeply critical of elitism and the “middle classification” of metropolitan neighborhoods and minds... and yet also someone who ate and enjoyed things like caviar popcorn.

My first boyfriend made a million dollars the year we met. He was in the auction business. He was a self-made man himself, having earned his way out of Flushing with his New York bravado and his knack for cataloguing the predilections of his wealthy clients. He introduced me to foie gras and spent many hours offering tutorials meant to discipline my palate. He would walk me through flavor profiles and it was his undying dedication to the perfect meal that became the backdrop to our relationship. The first time he took me to Los Angeles, we went to the tres trendy Crustacean in Beverly Hills. He ordered for me, each course an opportunity to both impress and school me.

After meeting my grandmother for the first (and last) time, he offered to take me anywhere I wanted to go. Applebee’s was the fanciest place I could think of in my home town.

We sat across from each other, and he critiqued each bite, asking me rhetorically how it was that I could eat something that had so clearly been previously frozen. “You really can’t tell?” he asked earnestly, leaning into me from across the booth.

I never tired of being his pet project. About a year after we stopped seeing each other, I got a phone call from him. He informed me that I had made the final three in his list of potential wives, and wanted to chat about the pros of cons of marrying me as I saw them. I thanked him for the pseudo-proposal and recused myself from the race. I was destined for bigger things than house wifery: I was about to become a hyper-politicized man-hating feminist in the birthplace of the Slow Food Movement.

I went on to Berkeley and lived two blocks from Chez Panisse for most of my undergraduate career. I then moved to San Francisco and became something of an intentional hybrid — living at the nexus of The Church of Alice Waters and a somewhat curated bohemian degeneracy. I became campy, crass, deeply critical of elitism and the harmful effects of the “middle classification” of metropolitan neighborhoods and minds... and yet also someone who eats and enjoys things like caviar popcorn.

At the same time, I became aware that my body creates static in establishments dedicated to amazing food. As a fat person, I’m not supposed to be there. The fat body is the body of the undeserving poor, an aggressively unwelcome reminder of the world just outside the gorgeously appointed, impeccably designed restaurant.

I’m the living, breathing embodiment of breaking the fourth wall.

To be continued next week...

If you like this article, please share it! Your clicks keep us alive!
Tags
Virgie Tovar
take the cake
body politics
fat positivity 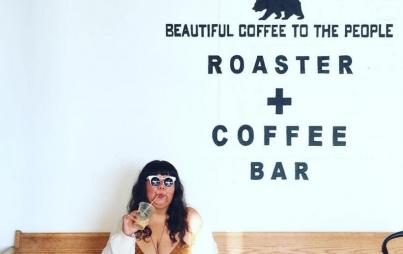 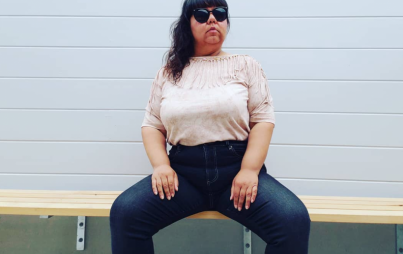 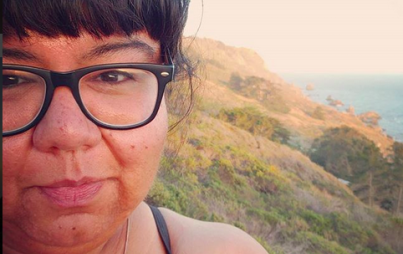 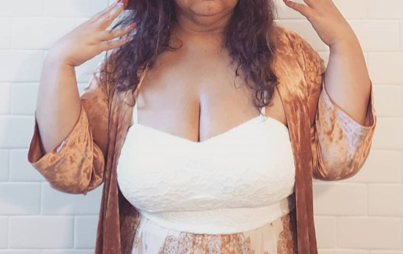